Editor’s note: This post represents a new feature for The Natural Realm, showcasing the work of photographers, artists, writers and other creative individuals in our community whose subjects or themes relate in some broad sense to nature, urban nature, people in nature, etc. Here is our inaugural feature of Mary Lee Agnew in her own words. Eddee Daniel, Preserve Our Parks, Inc.

I have had a deep love for nature and wildlife for as far back as I can remember.  Although I grew up in the heart of the city of Chicago and later Milwaukee, I always loved birds and animals and learned as much about them as I could. I started carrying a small point and shoot camera with me and tried hard to get photos of the wild animals and birds I loved.

I moved to the Riverwest neighborhood in Milwaukee more than twenty years ago.  I began taking long walks along the Milwaukee river with my daughter. I also worked as an art model and started biking to work along the Oak Leaf Trail. I was astounded at the abundance of wildlife that lived right here in the city. I carried my small camera with me at all times. 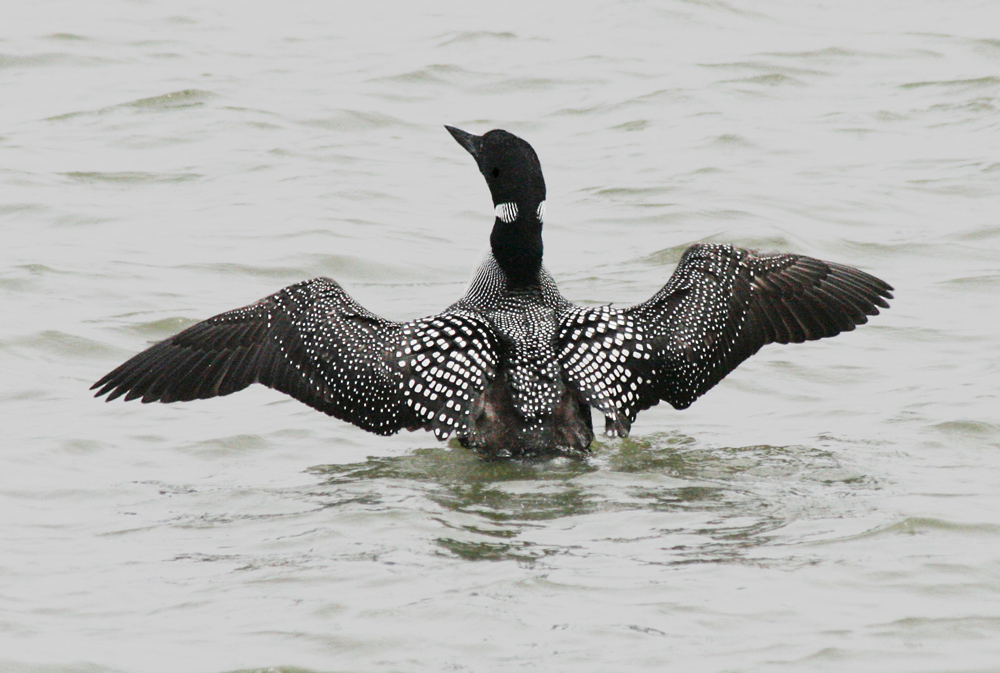 In 1997 I saw a bald eagle at very close range sitting not ten feet over my head right along the Milwaukee river.  I also heard loons calling to each other on the lakefront in Milwaukee. Through much time and patience, I befriended a family of foxes that lived along the trail near where I worked. I also witnessed the Snowy Owl during the winter.

I made note cards and calendars of my photos and sold them at local markets to share the beauty of nature I had observed right here in the city. In 2010 I ran into another photographer who was taking photos of birds. I gave him a copy of my calendar, and the next time I saw him he handed me a Canon EOS camera with a 300mm lens!  I was astounded at this man’s generosity!  His gift greatly enhanced my ability to photograph the animals and birds I loved. 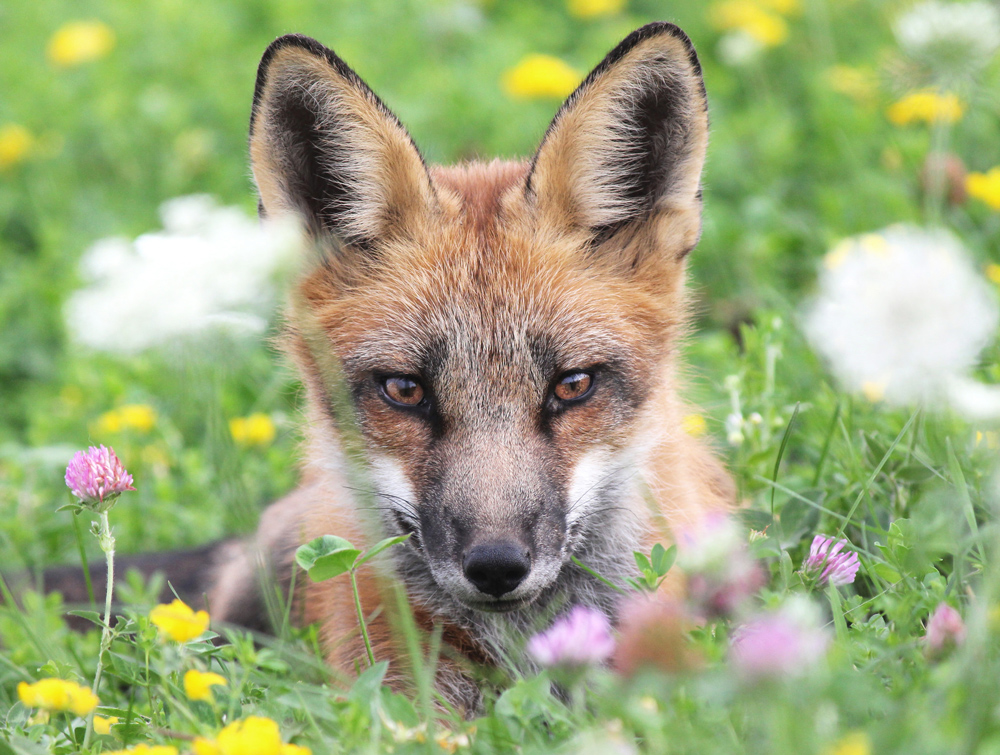 I now post my photos on the internet.  I am careful, however, not to reveal the exact locations.  My relationship with the foxes, especially, is sacred to me, and I feel the trust they have given me has to be honored.  I could share many horror stories that resulted from giving out wildlife locations.

In 2008, for example, some gray fox kits were drowned by people in front of the Milwaukee Art Museum. In 2013, I was shocked and disturbed by an aggressive mob of photographers who came down to one particular location after it was revealed. They chased and hounded the foxes and at least one of the foxes was badly injured. There was the famous case of a beautiful and friendly buck named Bow Tie, who was shot and killed with a cross bow in Greenfield Park after the location was identified online. 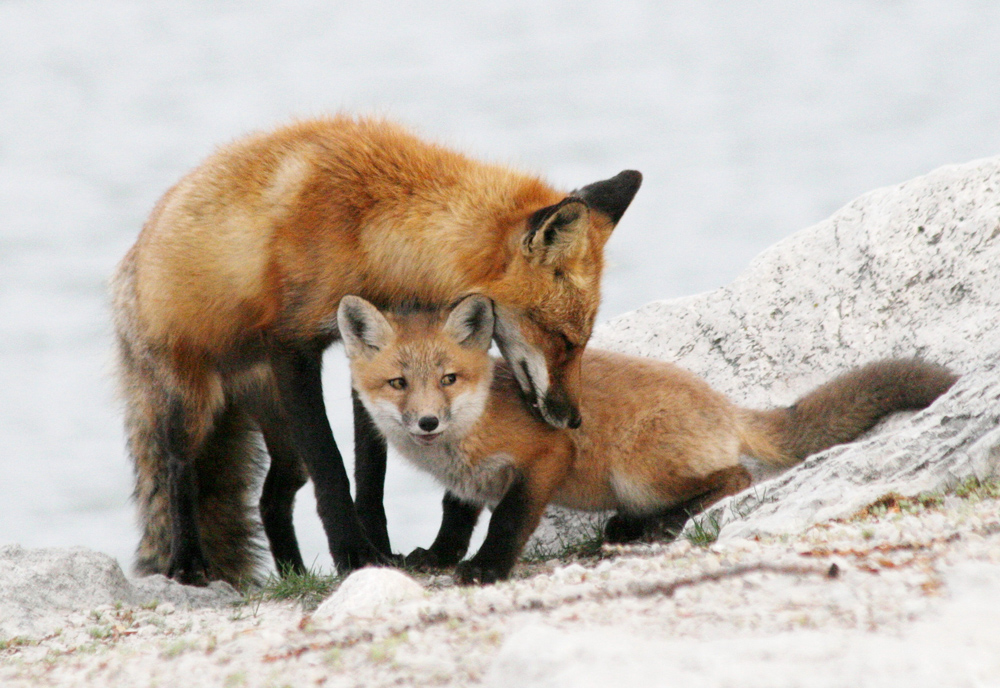 For my part, I never sought out these animals; they literally came to me. I feel I owe them my protection. I’ve been told by both a DNR warden and a friend who works for Defenders of Wildlife to never reveal the location of a fox den. Foxes, especially while raising their kits, are very vulnerable. While I think it is wonderful for folks to have the thrill of seeing a fox, locating them and opening them up to harassment is another matter.

I hope my photos encourage people to get out of their cars and walk and bike and look at the world around them. We don’t have to travel far to enjoy nature; it is right here in our own back yards! 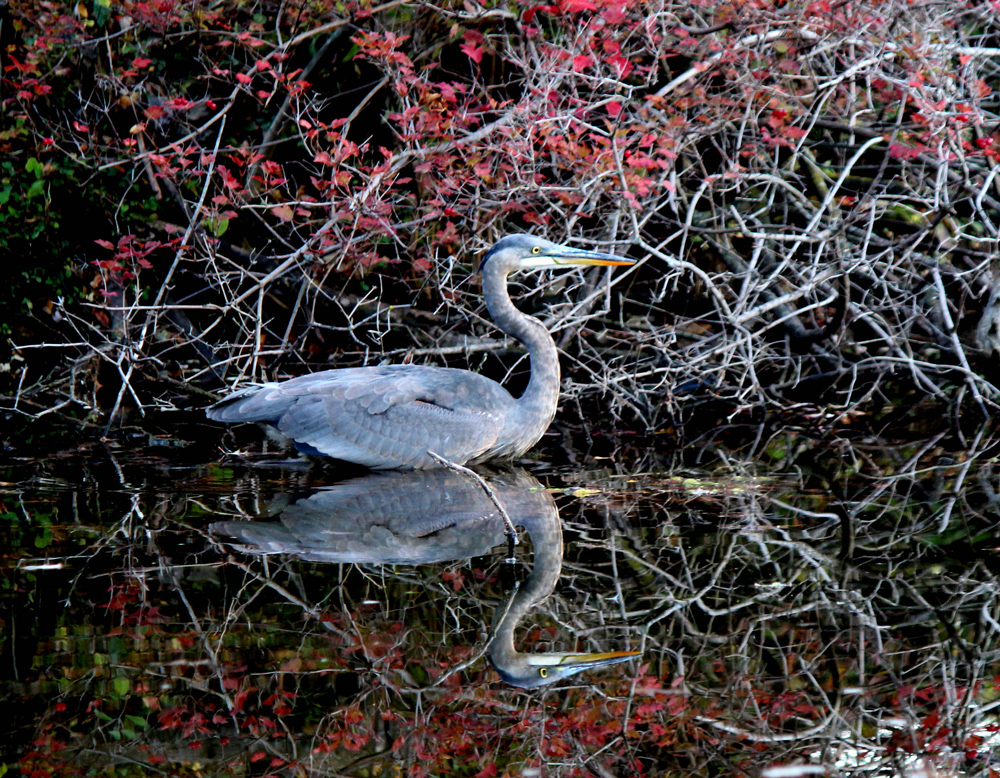 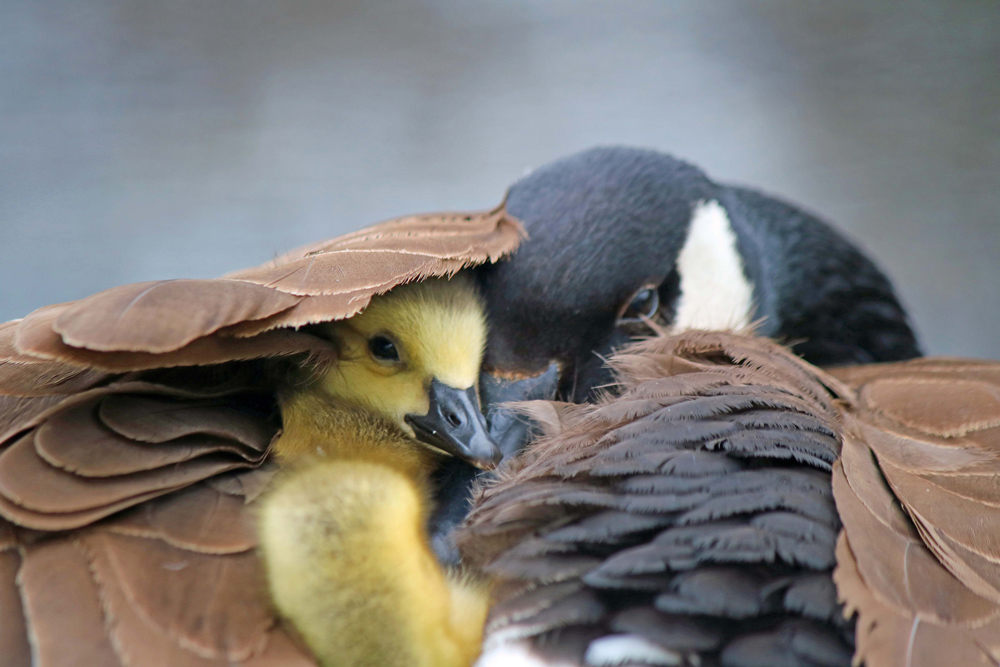 “Shelter from the Storm” (Canada goose with gosling) 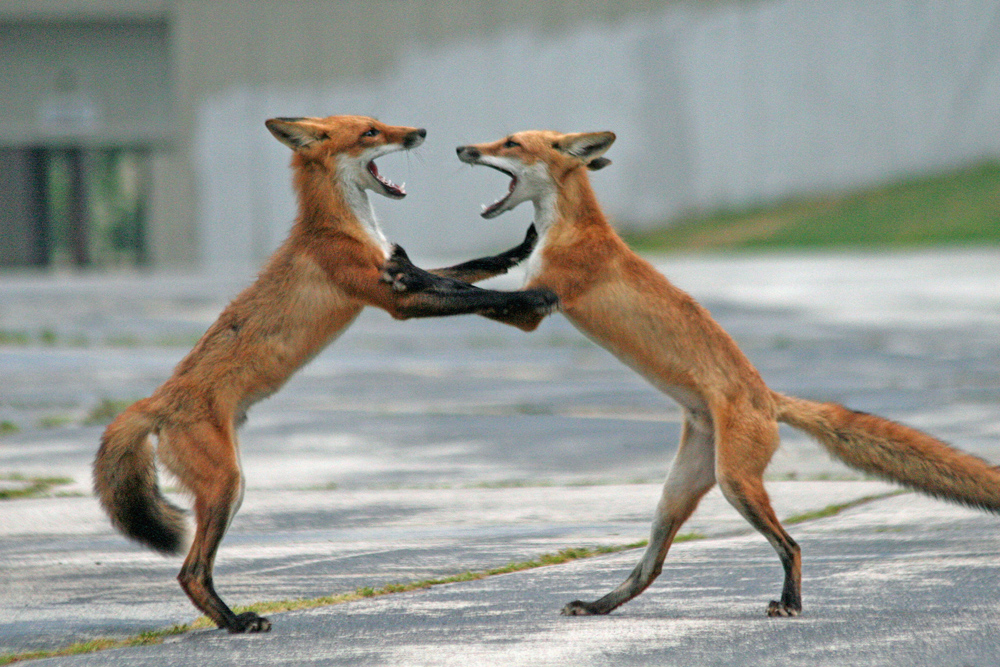 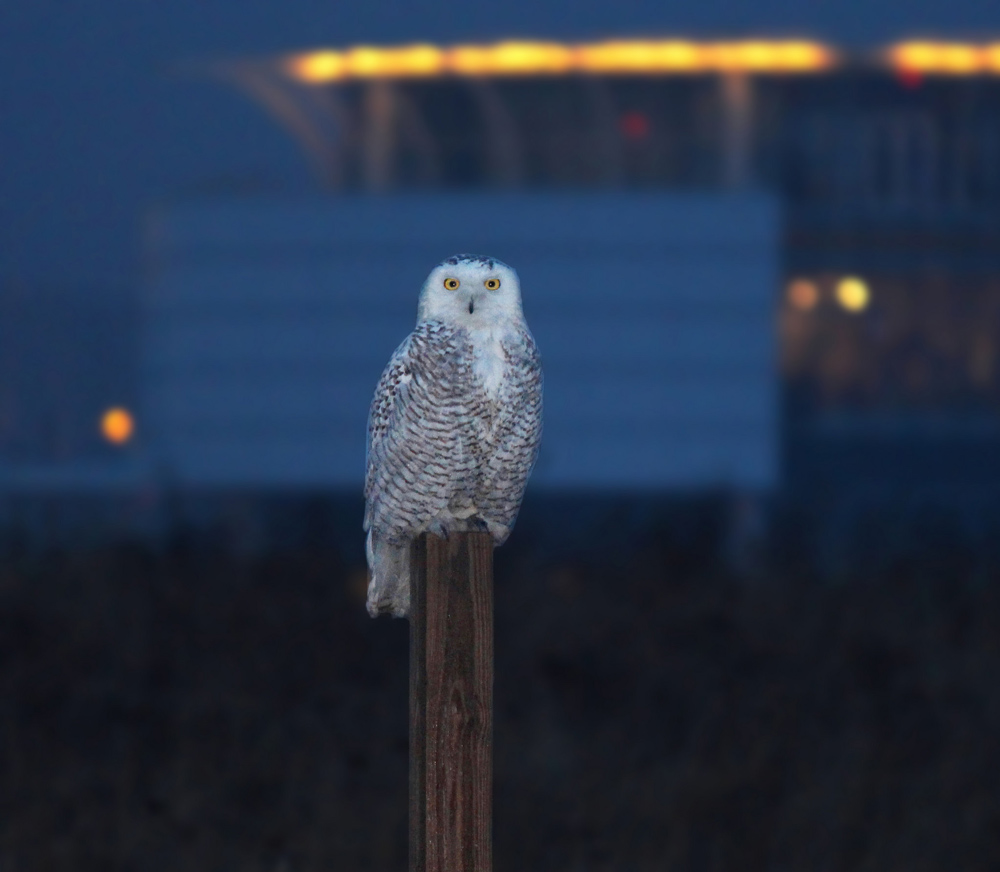 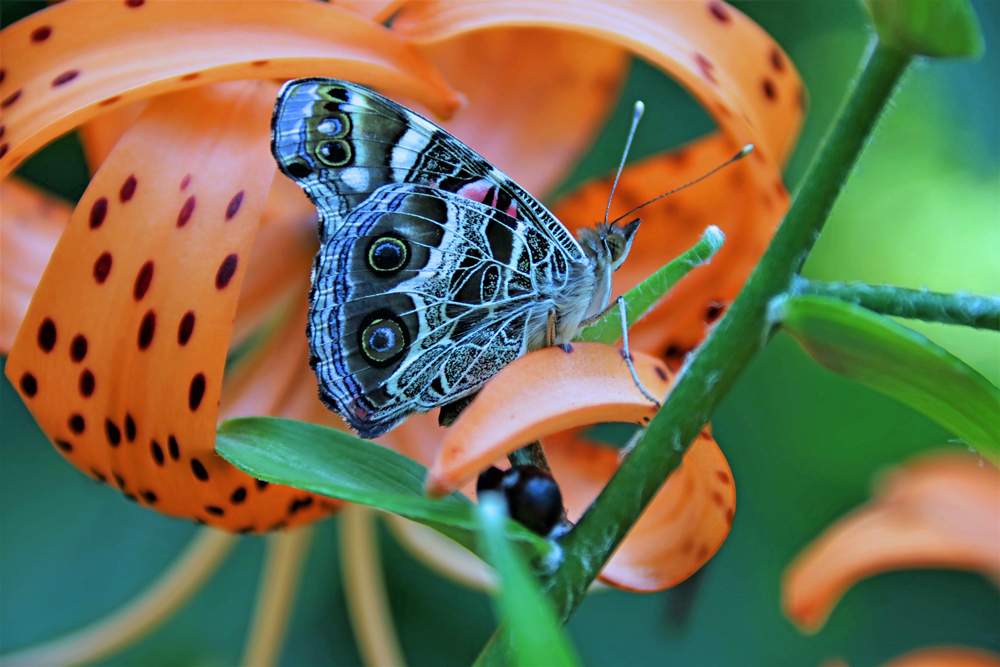 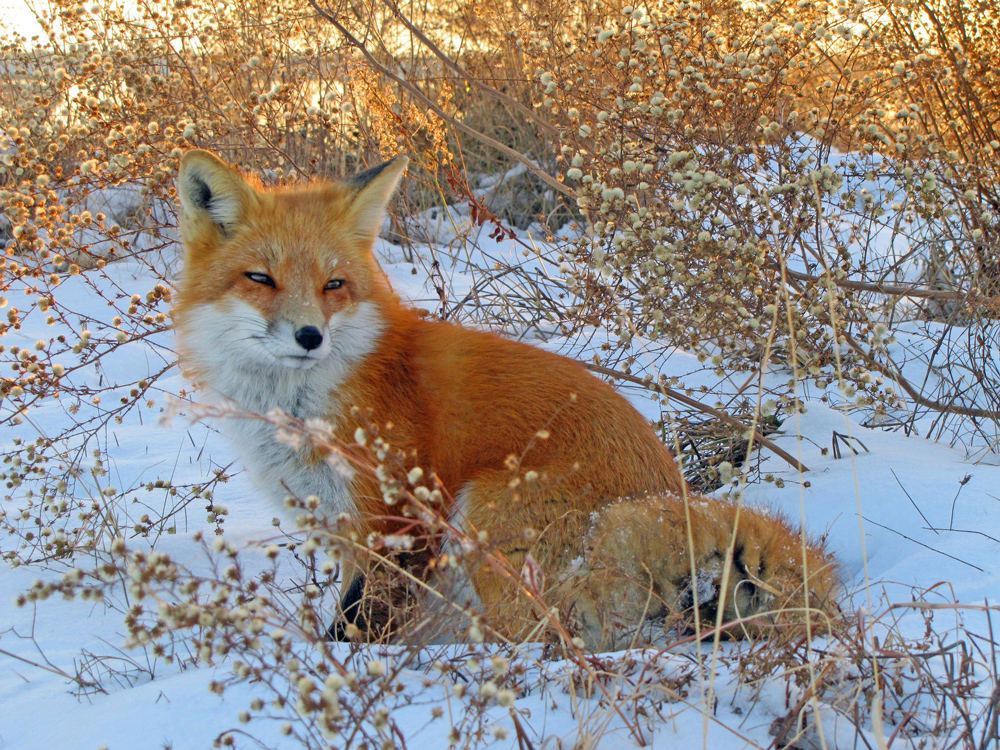 “Not all that glitters is gold” (red fox) 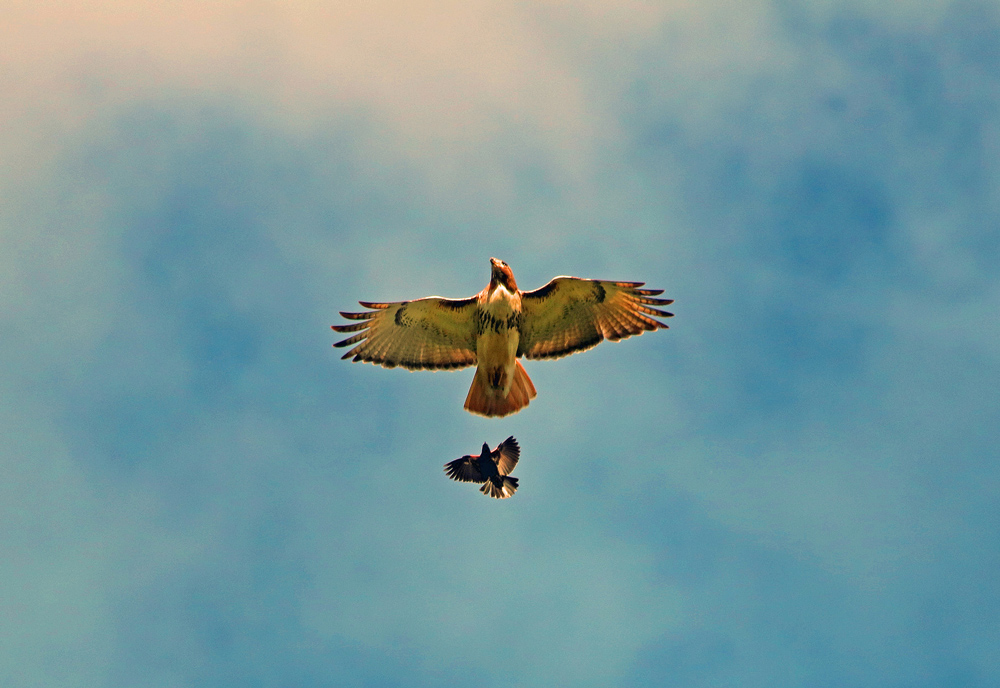 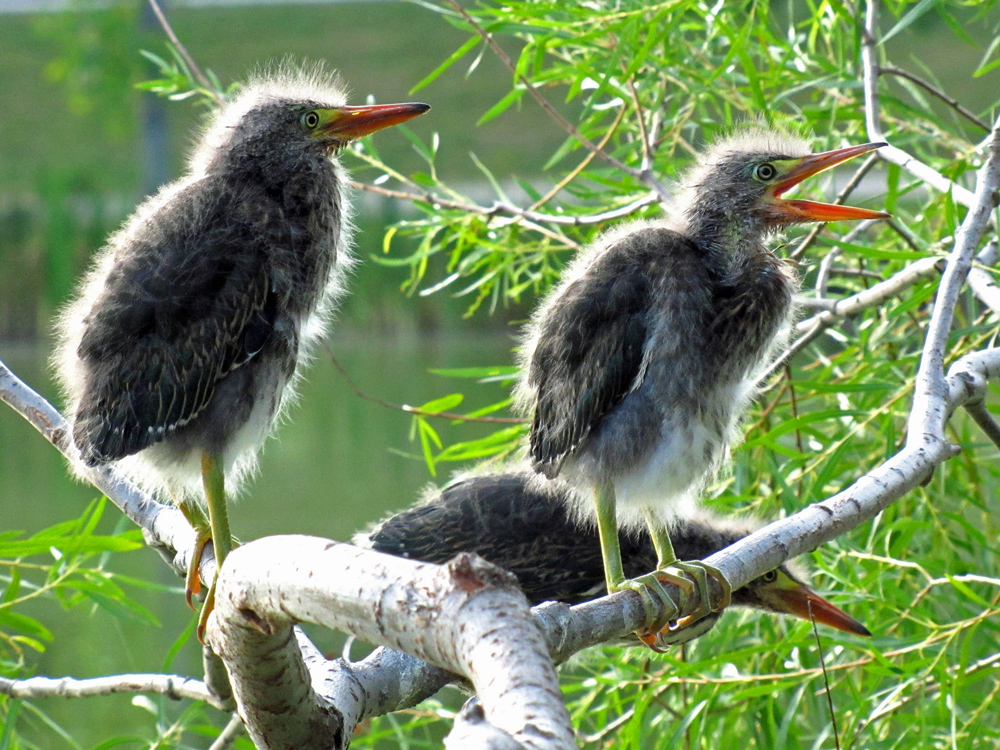 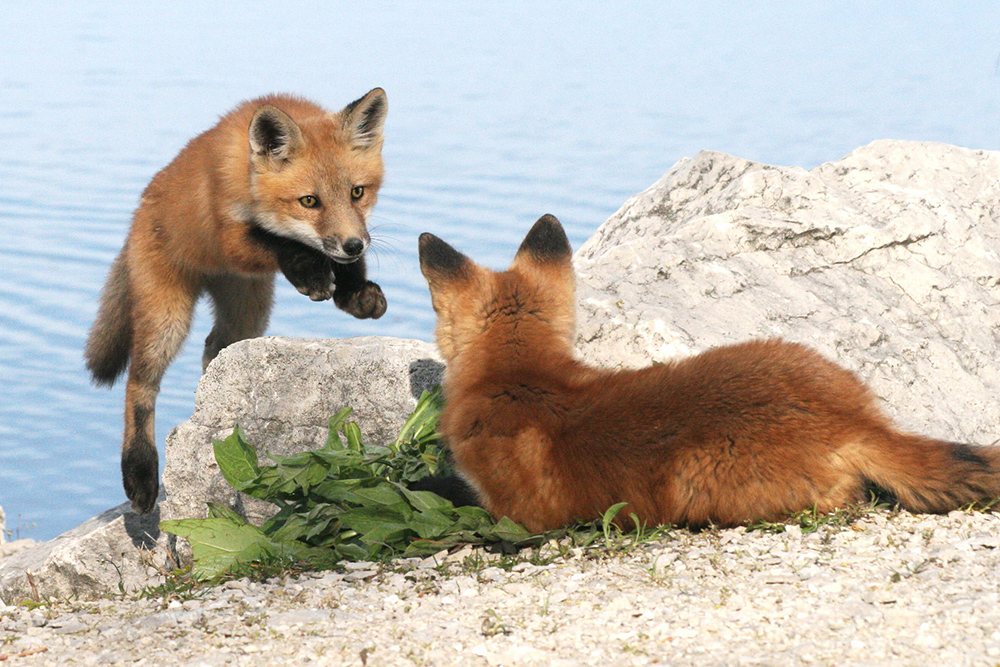 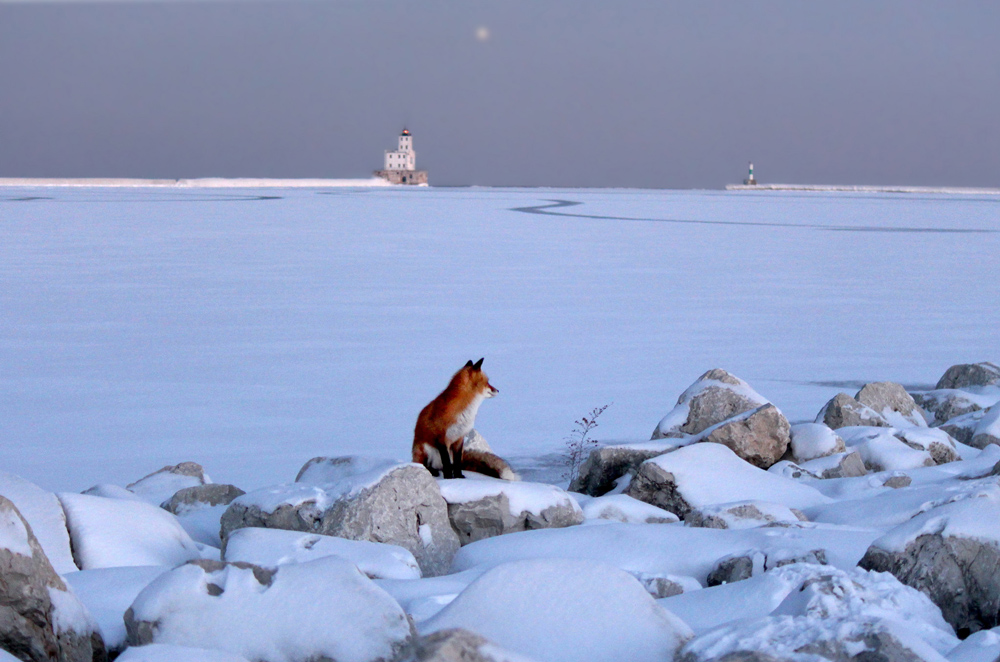