Preservation has become a priority for Sanctuary Woods

A decision by Wauwatosa’s Community Affairs Committee to recommend conservation zoning as a future land use for Sanctuary Woods has some preservation proponents breathing a sigh of relief. Implementation of the recommendation, however, is a complex process that will require additional time and effort.

It’s been over a year since the name Sanctuary Woods made headlines over a contentious development proposal. The controversy erupted when the City of Wauwatosa unveiled its Life Sciences District Master Plan, which proposed new roads and high-rise developments in a beloved corner of the Milwaukee County Grounds. For several months in early 2017, Sanctuary Woods, as the land came to be known, became a rallying cry for citizens opposed to the plan.

Then, in May 2017, the Wauwatosa Common Council’s Committee of the Whole passed a resolution that put the Master Plan on hold until “the natural areas of land commonly known as County Grounds Park, Sanctuary Woods, and DNR Forest land north and west of Swan Boulevard is permanently preserved in perpetuity.” The plan has been in limbo ever since. 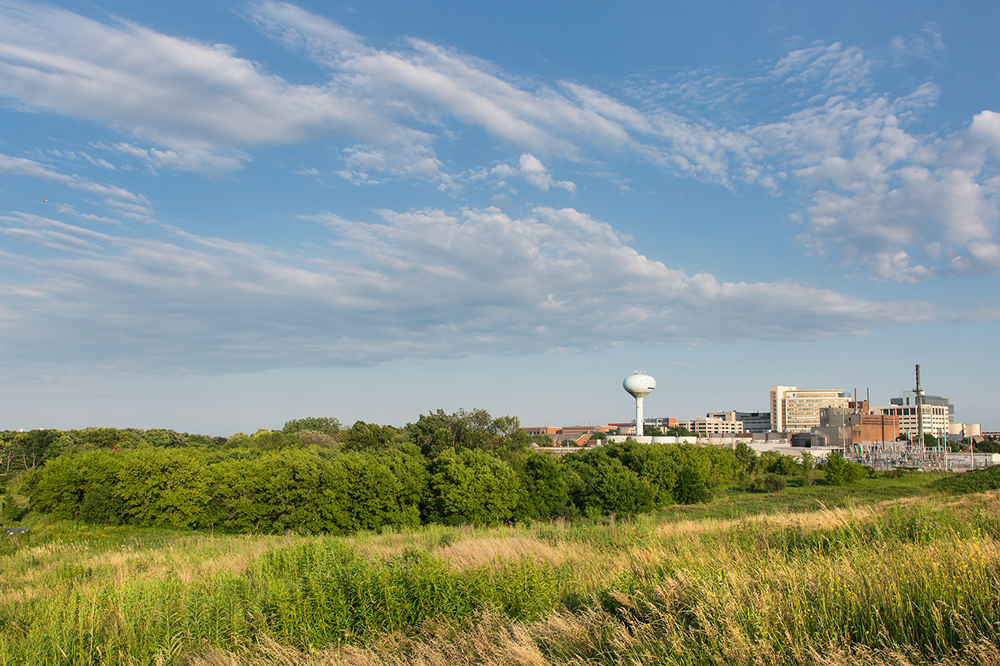 The Life Sciences District Master Plan, since it encompasses 1,200 acres along both sides of Watertown Plank Road as far west as Mayfair Road, has a scope far beyond whatever fate is to befall the 66-acre woodland. In an effort to revive the dormant plan, the Community Affairs Committee recently deliberated potential options. In the end, the committee recommended that the city’s Land Use Plan be amended so that the majority of the land in question (see map) can be zoned as a Special Purpose District – Conservation (SP-CON). If adopted and enforced, this would satisfy the Committee of the Whole’s preservation requirement and allow a revised Life Sciences District Master Plan to move forward. 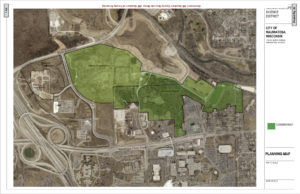 The committee included the following conditions to its recommendation. During the process of implementation, the city must… 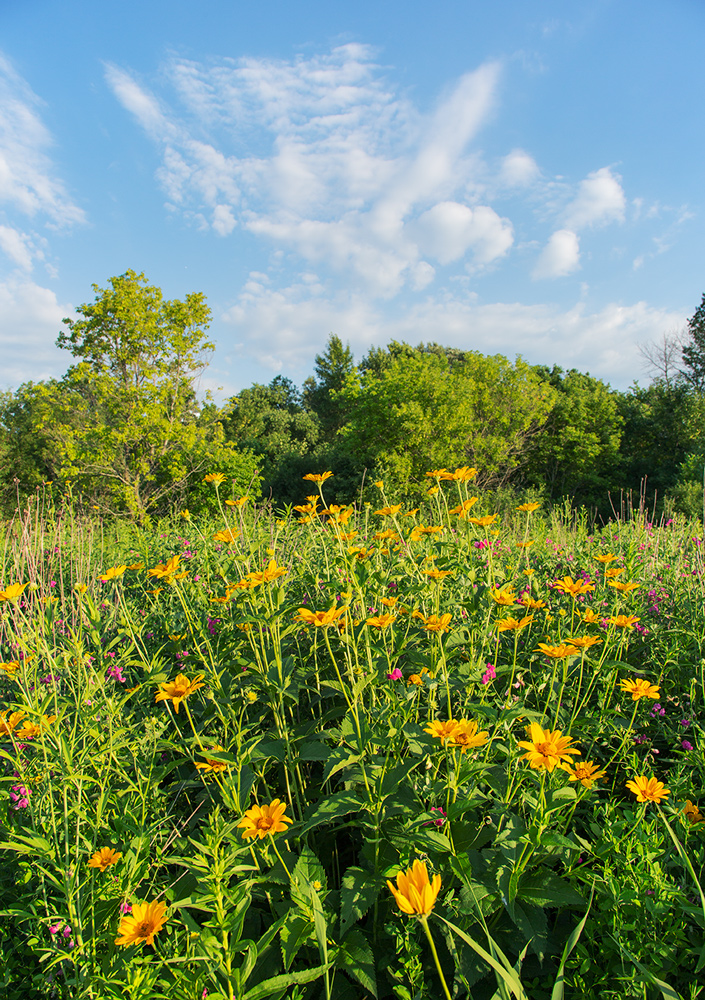 The County Grounds Coalition, the non-profit organization that has consistently advocated for preservation of Sanctuary Woods, is among the stakeholders to be consulted, according to alderman Jason Wilke, a member of the committee.

“What we need to see next,” he continued, “is the actual rezoning of those natural areas as such — as the Milwaukee County Board requested — before the city proceeds with its Life Sciences District Master Plan. That would mean disallowing any northward extension of 92nd Street….”

Addressing the issue of roads, Paulette Enders, City of Wauwatosa Development Director, said that if this recommendation is adopted and implemented then there is “no need for a roadway system” as presented in the January 2017 LSD Master Plan.

With regard to the rezoning, Enders pointed out that, while the city can amend its Land Use Plan to reflect the intention of changing the zoning to SP-CON, the actual zoning change would have to be initiated by the property owner, Milwaukee County. When asked what would happen if the county requested a development inconsistent with the Land Use Plan, she said, “typically the city staff recommends to the Common Council that it deny such a request.” 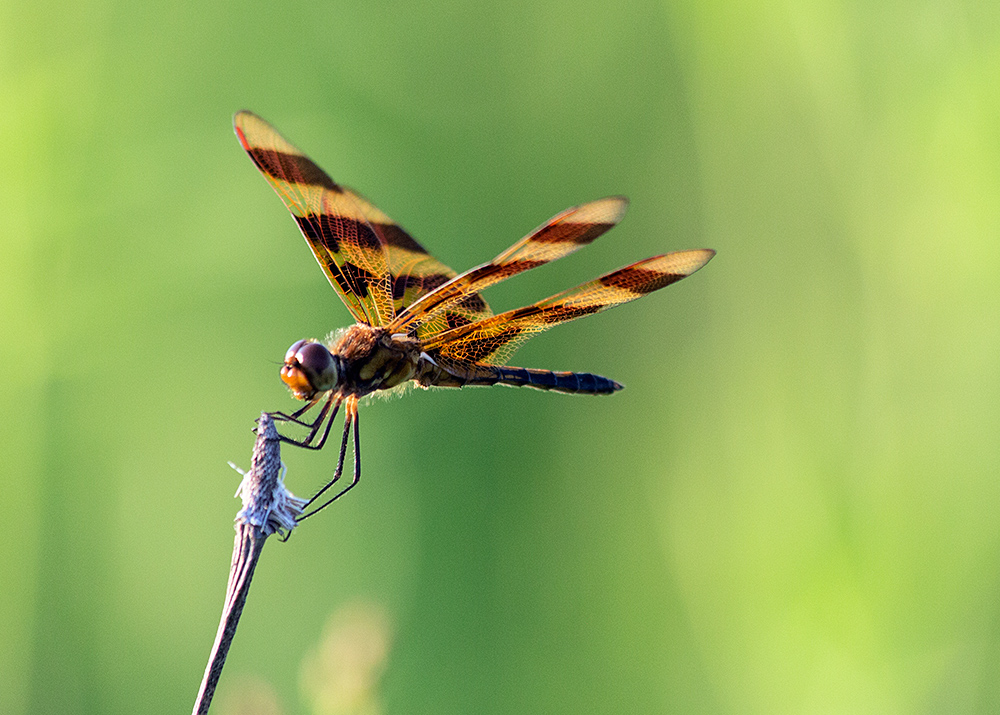 These are the next steps in the process:

If after all of these steps the recommendation is adopted, then the Land Use Plan would be amended to identify Sanctuary Woods and County Grounds Park as “Parks and Open Space.” This process is likely to take several months, according to Enders. Following that, a request for rezoning would have to come from Milwaukee County.

While zoning is imperfect as an instrument for preservation—since zoning can change—the intention to preserve the integrity of Sanctuary Woods has been clearly and publicly expressed.

Sanctuary Woods at the Milwaukee County Grounds gets national recognition from the Cultural Landscape Foundation.

Eddee Daniel is a board member of Preserve Our Parks and project director of A Wealth of Nature.

This story was first published on July 16 2018 at Milwaukee Magazine.