Who would have expected that a kayak trip down the Fox River would be an excursion back in time as well as through natural wonders! The day was hot and utterly cloudless. Phil Krejcarek and I put in at Fox River Park, just off Hwy 59 in Waukesha. For the next five hours civilization seemed mostly to have disappeared. It was as if we’d paddled into the past instead of down a contemporary river in a populous county. 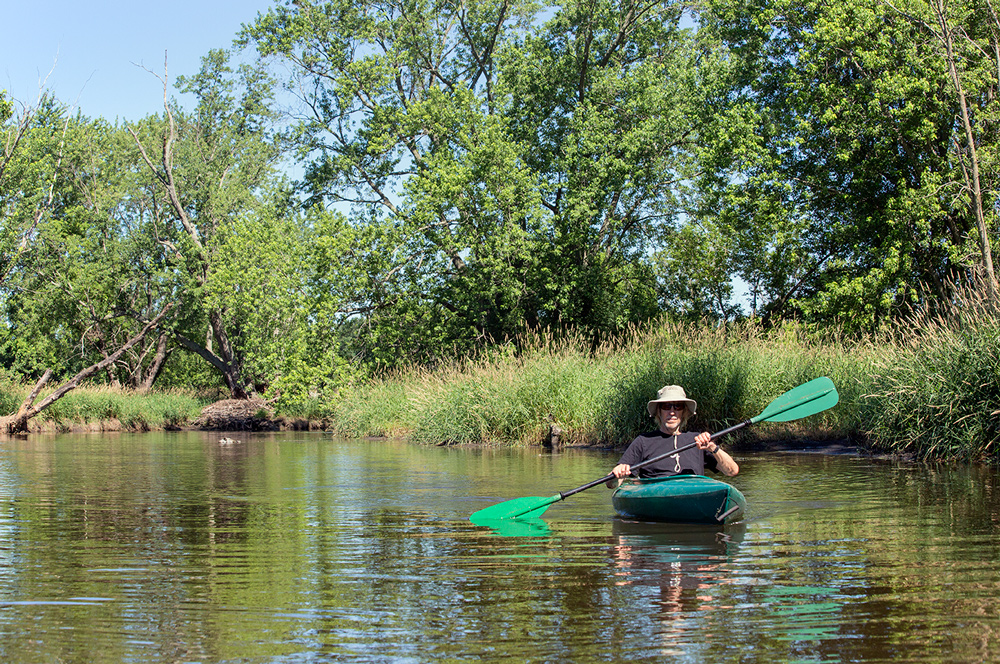 What we saw instead of people was a surprising diversity of plant and animal wildlife, including majestic trees, tall marsh grasses, vast acres of cattails, muskrat, beaver, kestrel, great blue heron, black tern, many redwing blackbirds, many ducks, and many other birds we couldn’t identify. A highlight was when we spotted an enormous eagle nest overlooking the marsh. 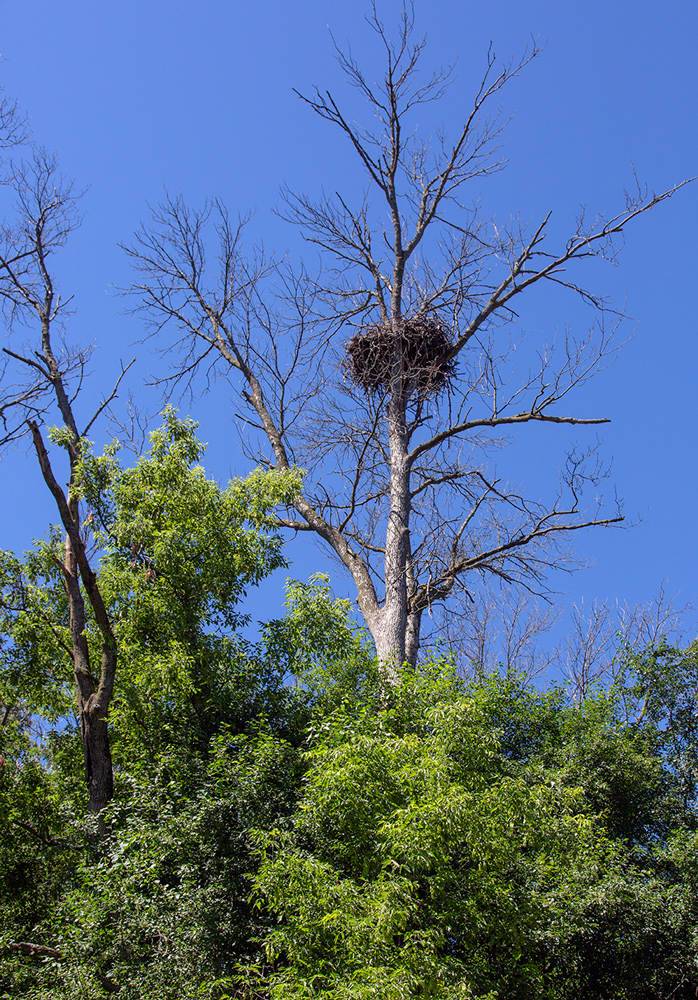 The river twists and turns continuously. It took over two hours before we reached the only bridge crossing we would encounter the whole way. At least half of our excursion took us through Vernon Marsh, a state wildlife area. Somewhere in the middle of it we saw two fishermen. They seemed as far removed from civilization as we felt. 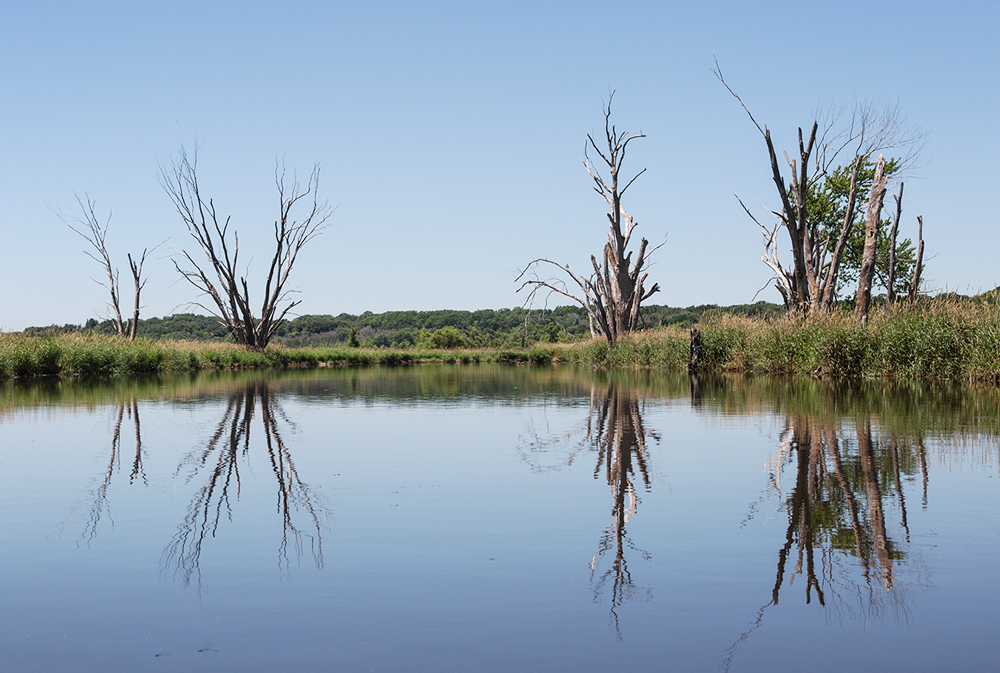 Towards the end a couple of houses came into sight on high ground in the distance. They remained distant. A small airplane buzzed by once. Later a train roared by on tracks that paralleled the river for about half a mile. Except for these brief disturbances we were quite alone with the river, the wildlife and a peaceful silence. 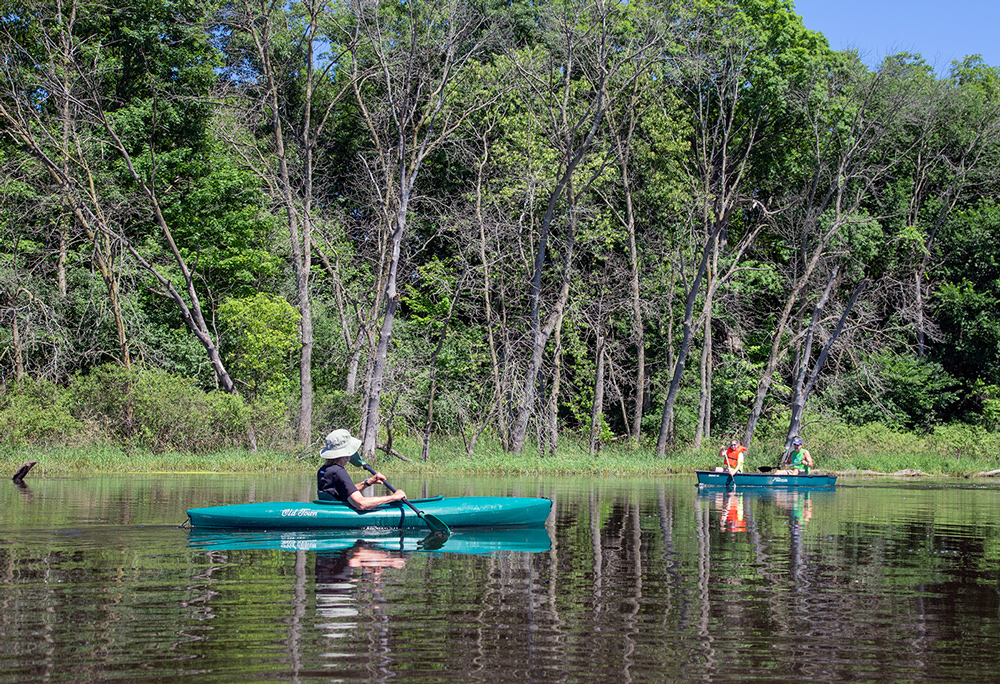 Just before we reached our take-out point at the National Avenue bridge crossing near Mukwonago, we met two people paddling upstream in a canoe. After the five-hour journey we drove the fifteen minutes it took to return to the car we’d left at Fox River Park. We mused on how differently paced life must have been when rivers like the Fox were the primary means of transportation through the Wisconsin landscape! 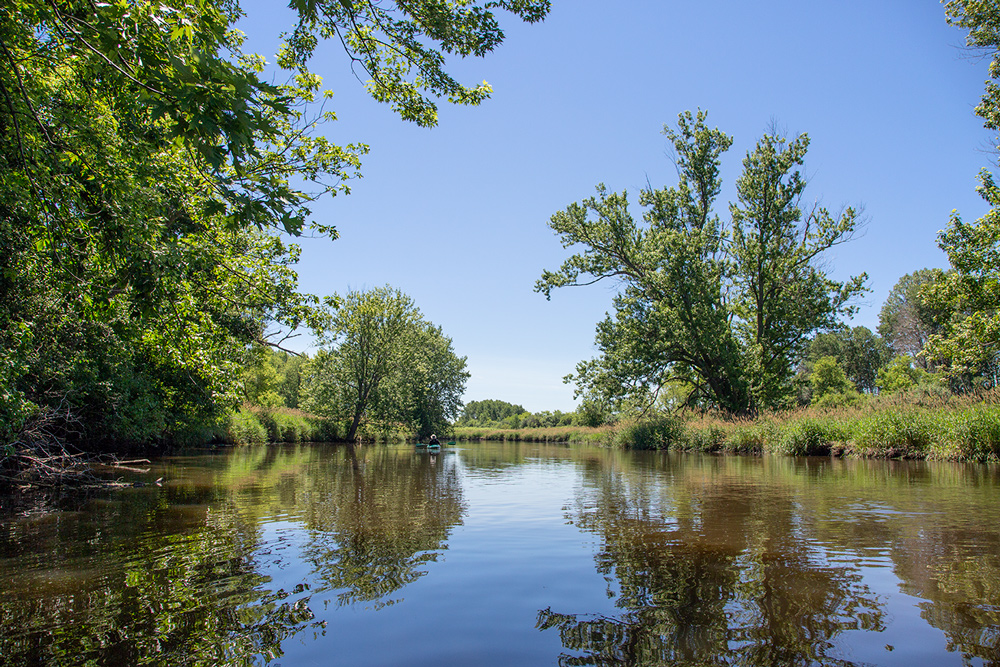 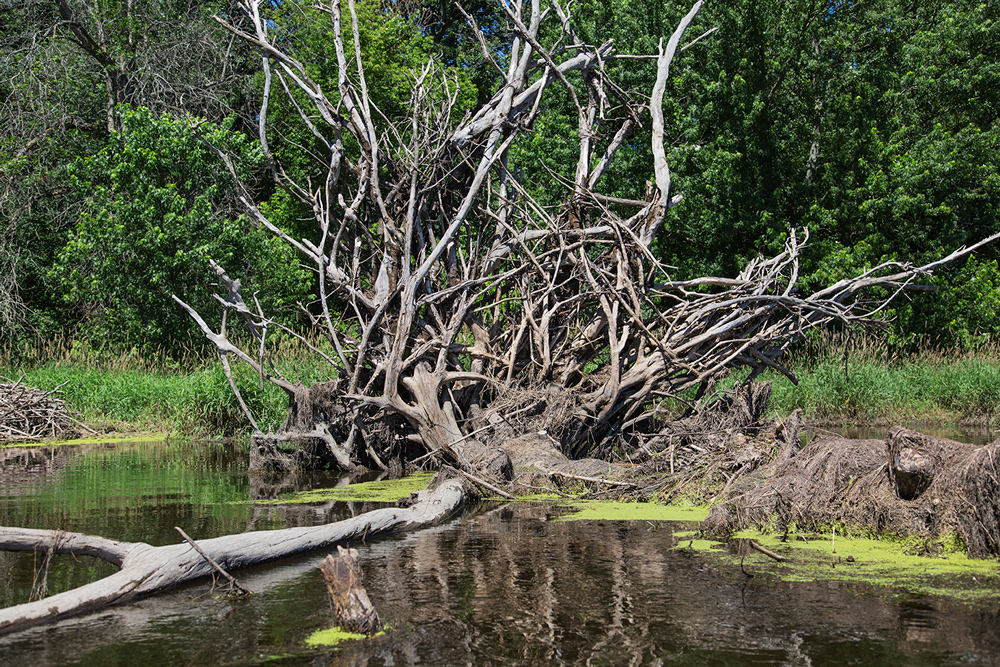 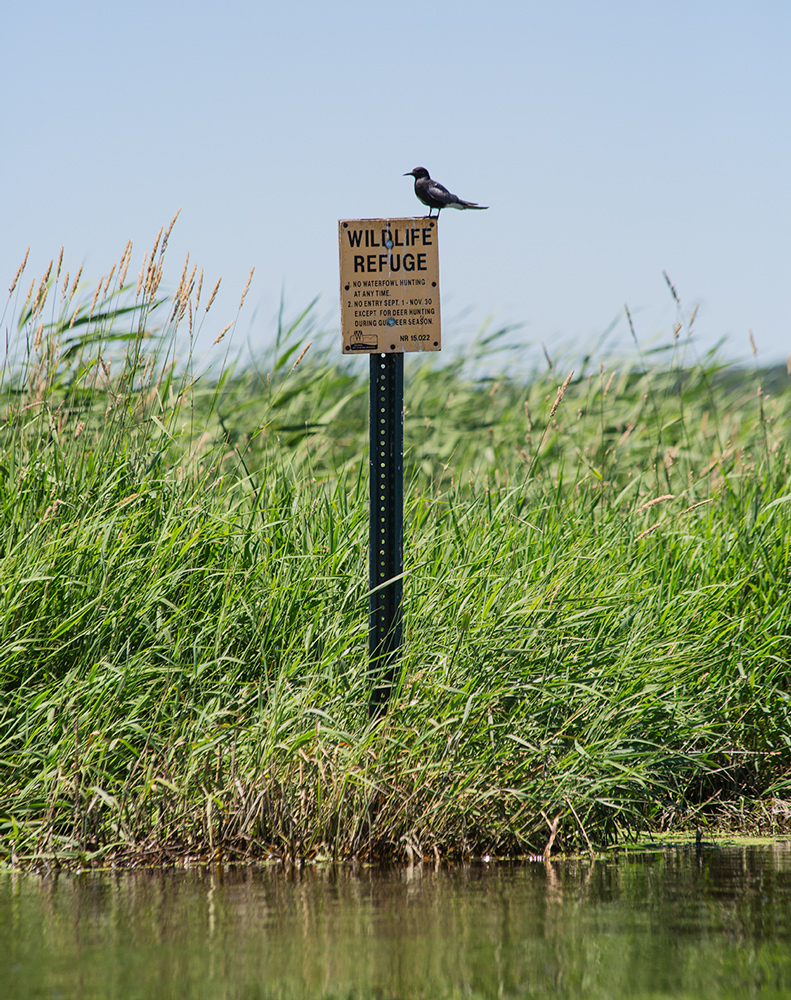 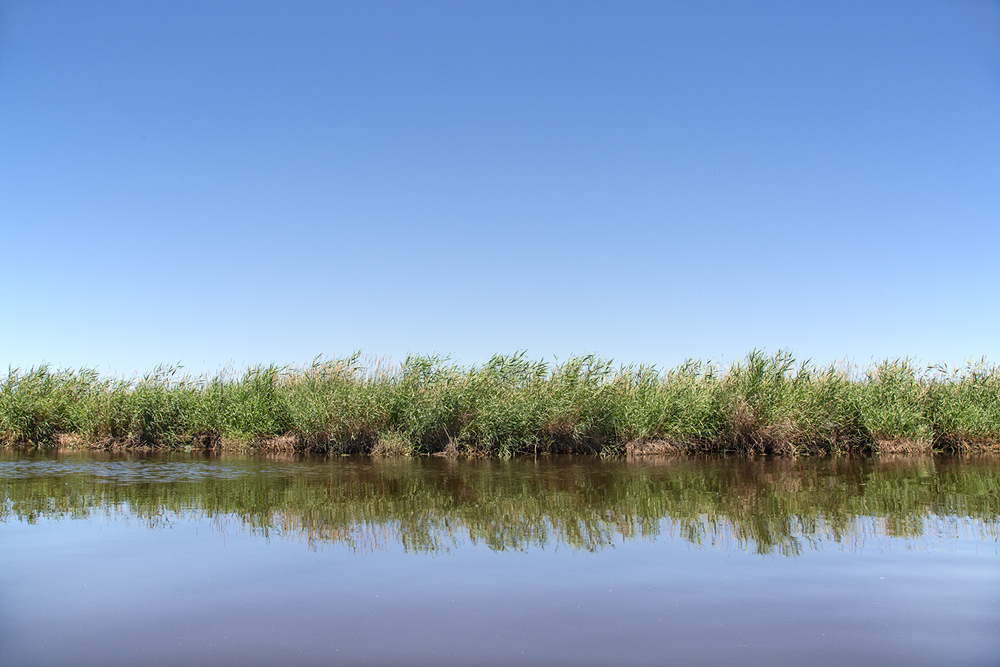 Now and then the marsh seemed endless under the unrelentingly cloudless sky. 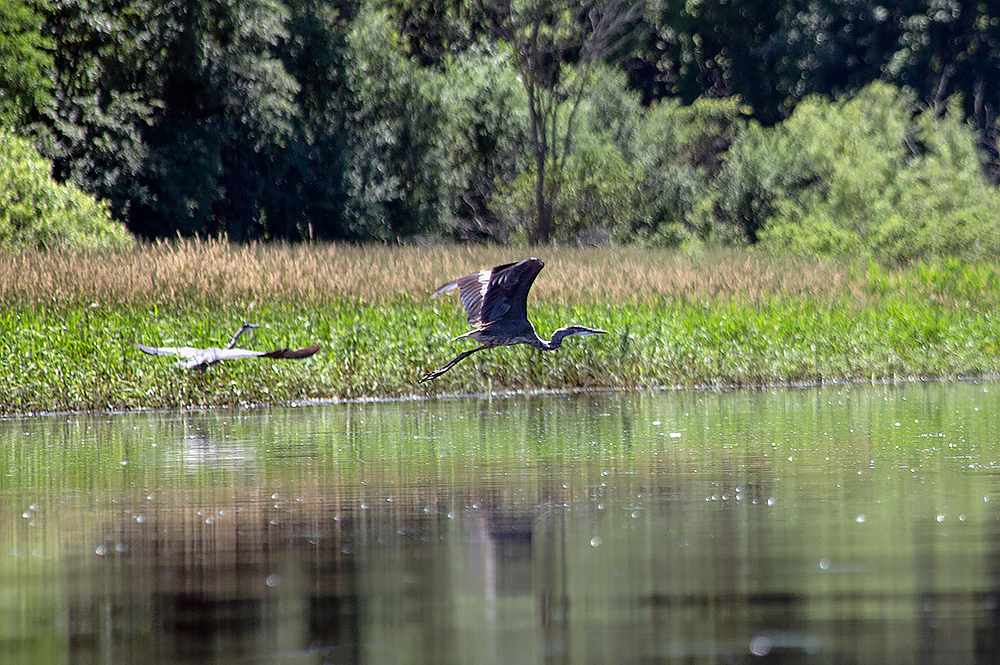 A pair of great blue herons fleeing at our approach 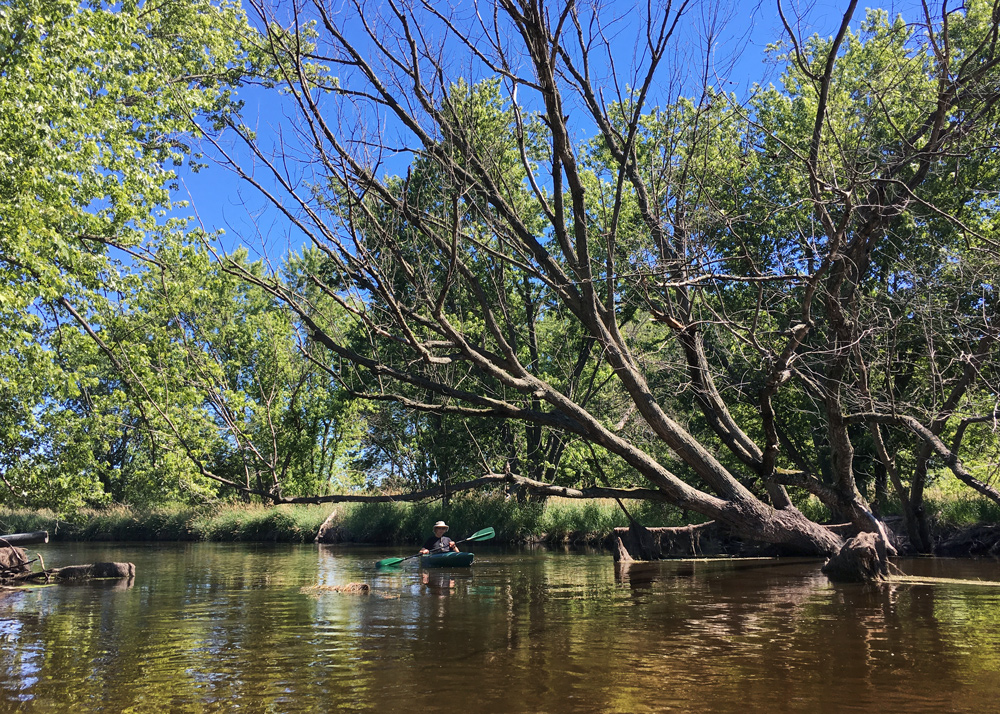 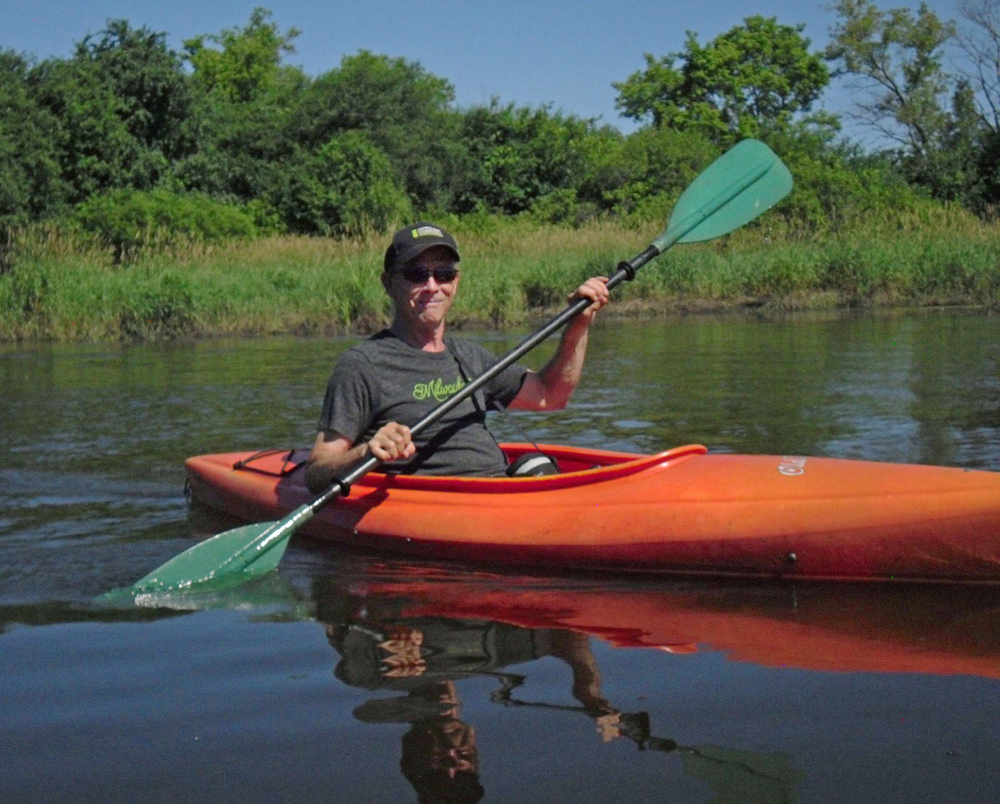 Yours truly. Photo by Phil Krejcarek.

You can see more of Eddee Daniel’s Fox River photos in his Flickr album.