Over 150 monarch butterfly enthusiasts turned out on August 25 for a “Tag and Release Party” at Forest Beach Migratory Preserve. It was the third monarch event this summer hosted by the Western Great Lakes Bird and Bat Observatory (WGLBBO), which is located at the preserve. 60 fifth-generation (“Gen 5”) monarchs were tagged and released. There was great participation from citizen scientists, who had been raising monarchs at their home, and brought their newly born monarchs to the party to be released and to join their fellow butterflies on the Great Migration. 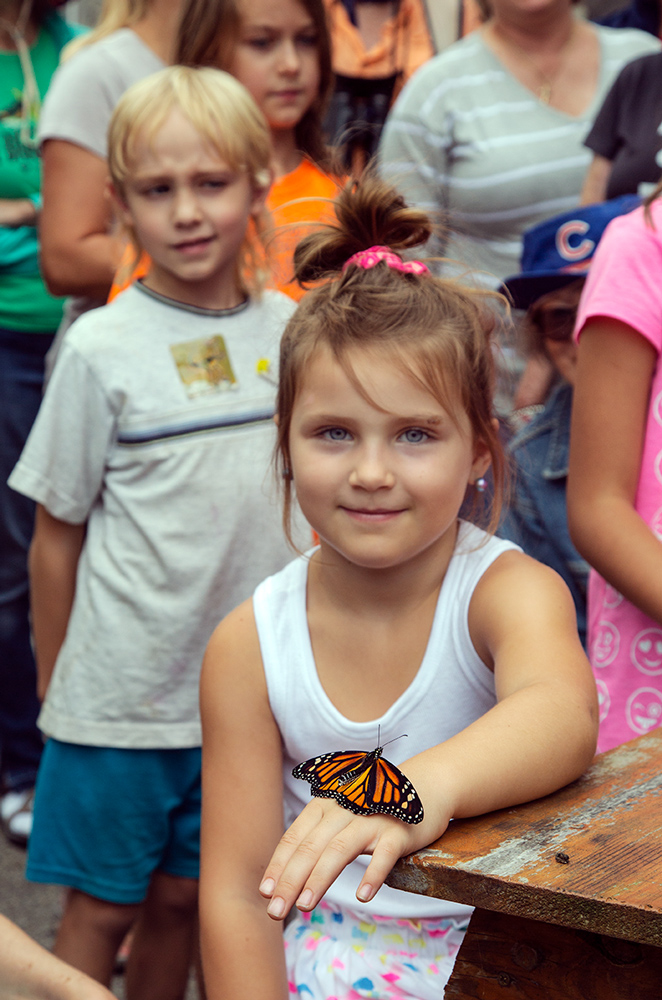 These butterflies are five generations removed from the adults that overwintered in Mexico, and they are the adults that will now migrate all the way to Mexico for the coming winter. Often referred to as the “Methuselah Generation”—equating their long life to the Old Testament figure, Methuselah, who was said to have lived for 969 years—these migrating monarchs live five to eight times longer than their parents and grandparents, whose sole purpose was procreation. The epic southbound migration begins in mid to late August as far north as Winnepeg, Canada.  Their journey of nearly 3,000 miles has a very specific destination—the oyamel fir forests in the Transvolcanic Belt mountains of central Mexico. There they will hibernate until February or March, at which time they begin the return migration northward. Arriving in Texas and Louisiana, they will mate, lay eggs, and give start to the next year’s “Gen 1”.

Because migrating monarchs expend a great deal of energy, it is vital for their survival to have stopover sites such as the Forest Beach Migratory Preserve, one of a growing number of preserves owned and managed by the Ozaukee Washington Land Trust (OWLT). These preserves provide abundant nectar plants for the adult monarchs, as well as the milkweed that monarchs lay their eggs on. Milkweed is the only plant monarch caterpillars can eat. Its dwindling supply along the migratory pathway is one of several reasons for a recent decline in the numbers of monarchs—a 90% drop in the population in the last 20 years.

In addition to learning what they, as citizen scientists, can do to help restore monarchs and their habitat, the attendees feasted on cake decorated with monarch caterpillars and butterflies. Tours of the prairie were led by OWLT Stewardship Director Ryan Wallin and WGLBBO Director William Mueller, as well as Kate Redmond, a naturalist/environmental educator, and Freda van den Broek, an expert on dragonflies.

This event was generously sponsored by We Energies and the Ozaukee Washington Land Trust. 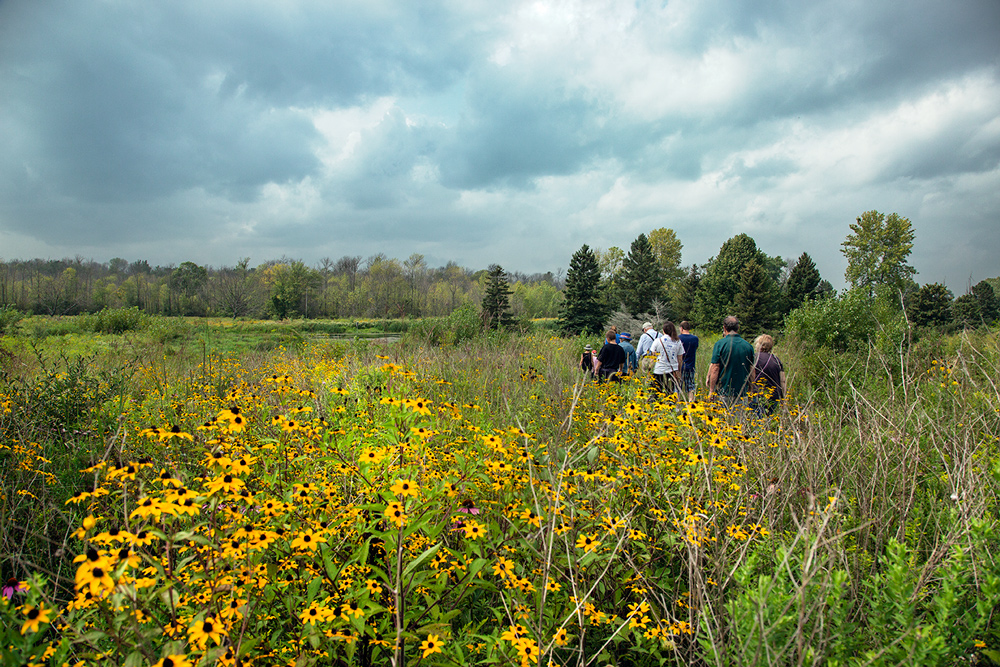 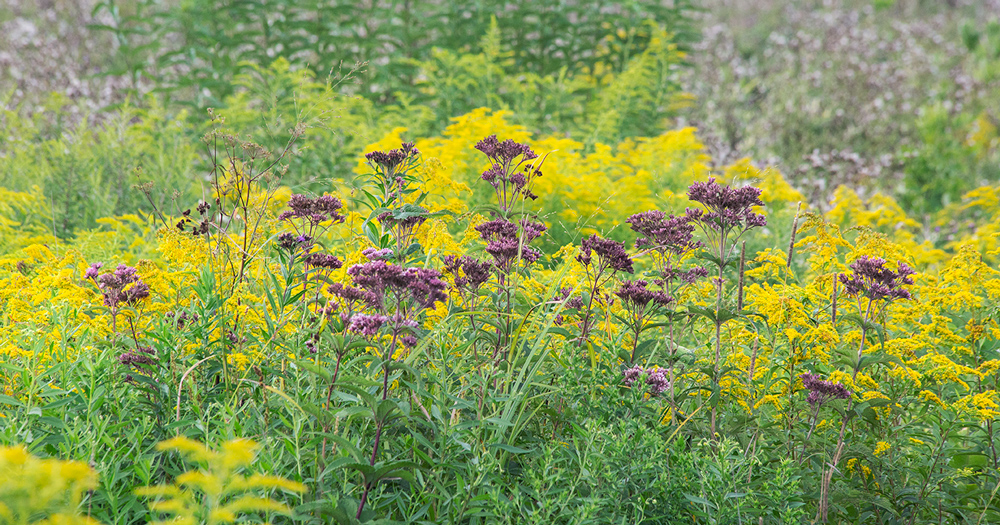 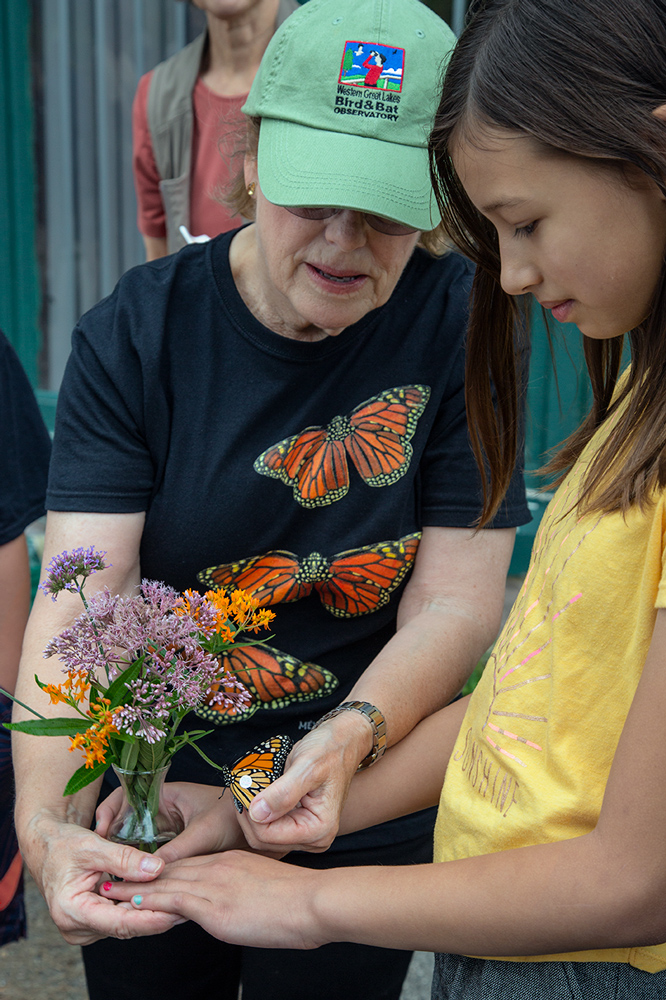 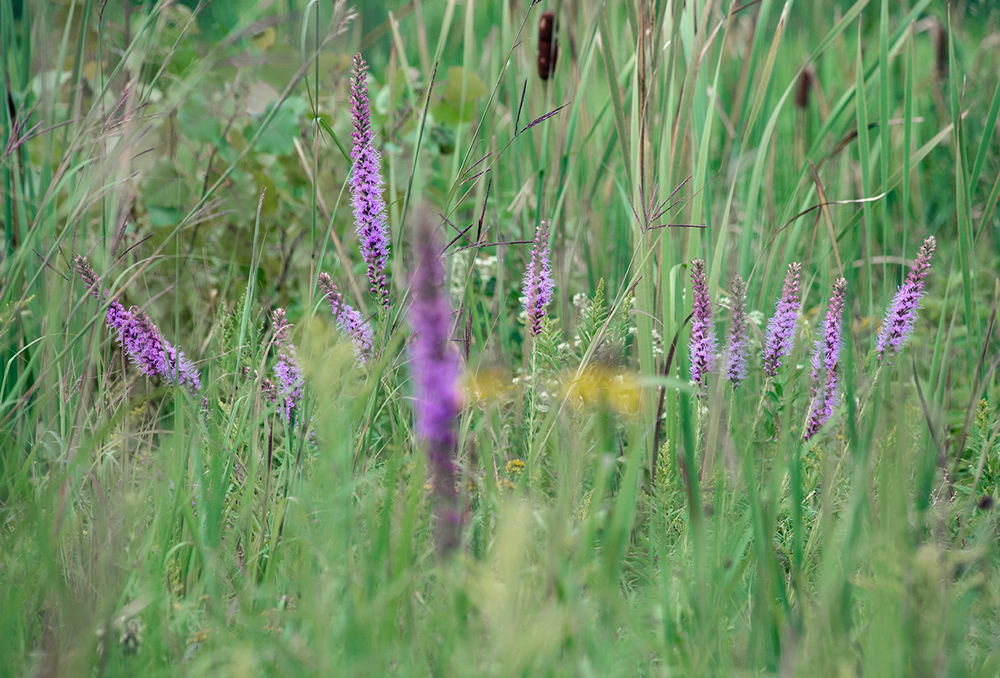 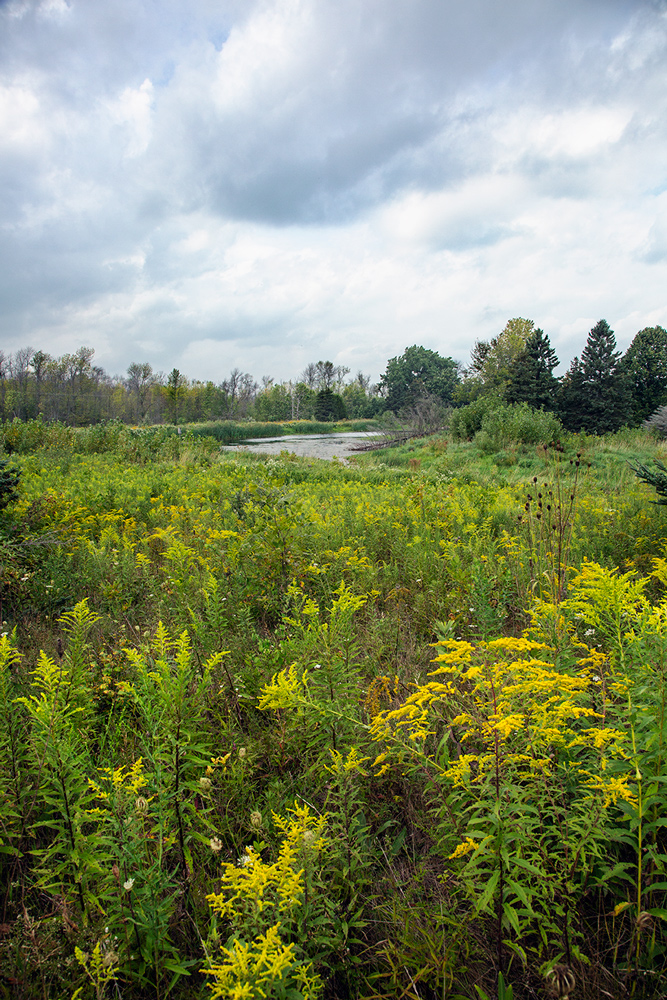 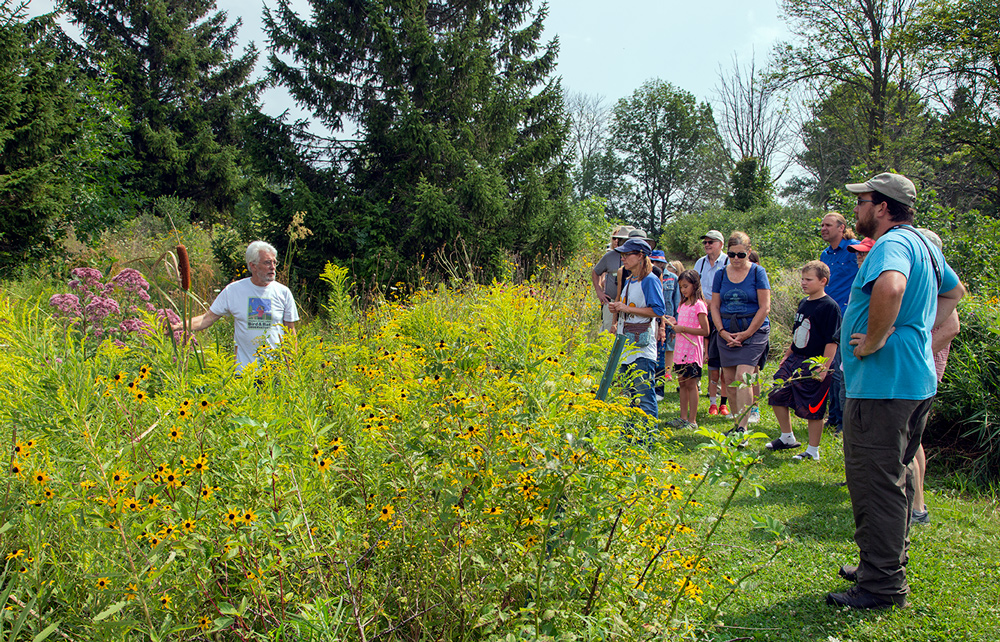 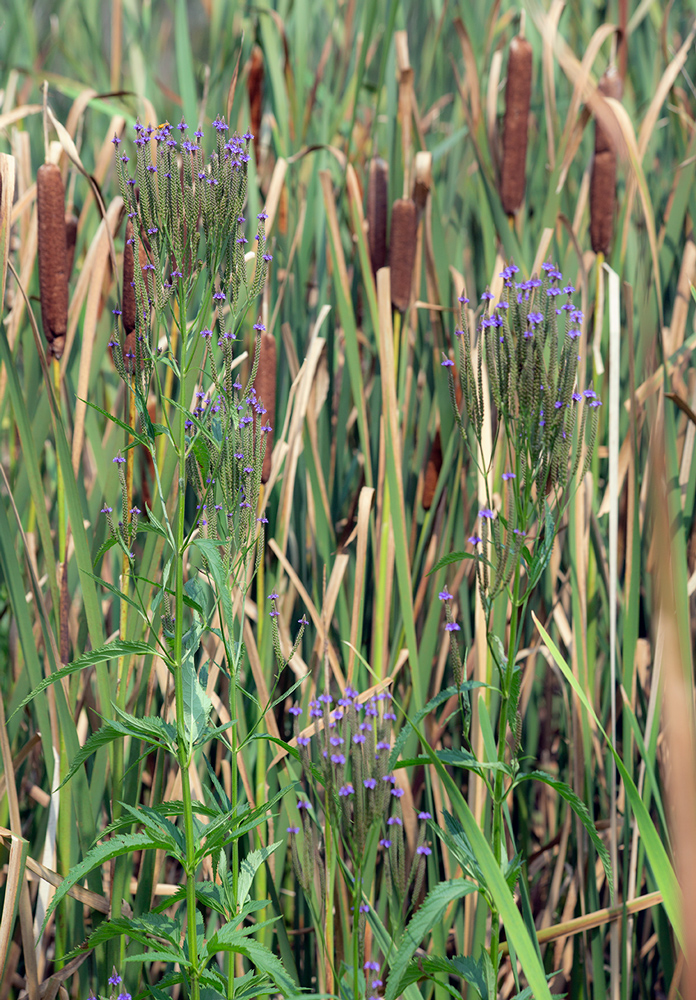 Blue vervain among cattails in wetland. 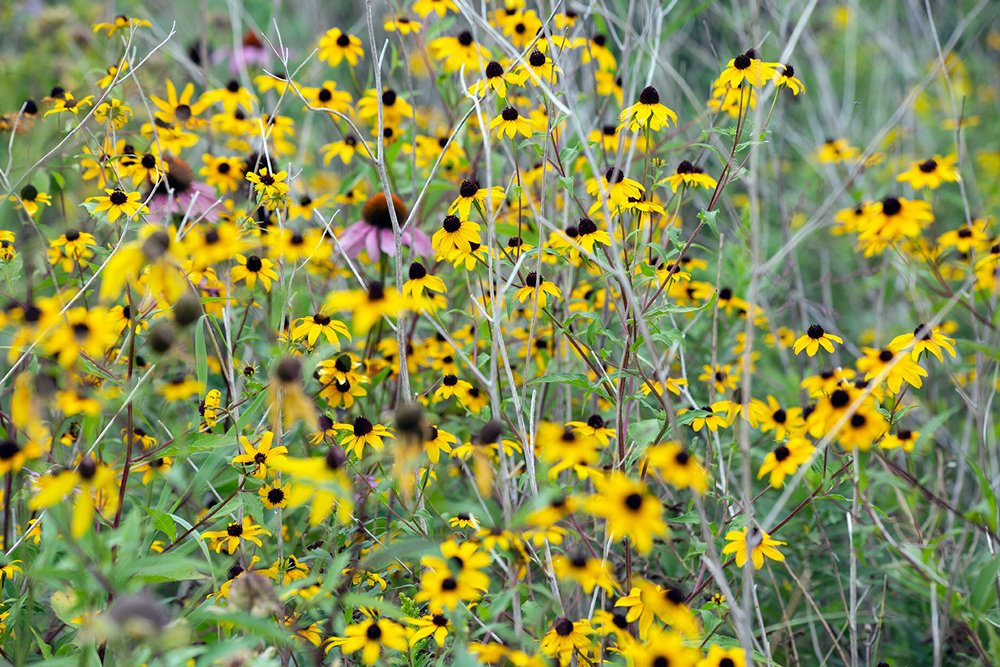 Jill Kunsmann is Secretary of the WGLBBO board of directors, Editor of the bi-monthly newsletter and the Events Chair. 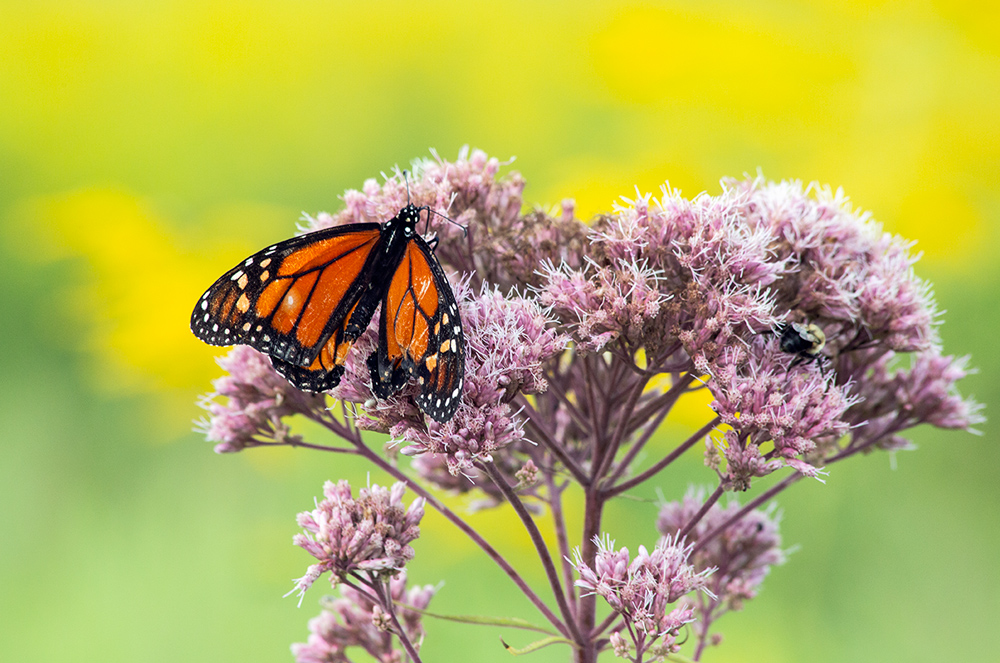