Maybe you can relate to this: I can distinguish between a butterfly and a dragonfly; sometimes I can tell a dragonfly from a damselfly (but I wouldn’t swear to it); and identifying any of them by name, except the most common types of butterfly, is beyond me. So, in hope of enlightenment I went to the Cedarburg Bog State Natural Area recently, where naturalist Kate Redmond conducted a guided tour with special attention to these flying insects. Thanks to her tutelage, I now know the names of quite a few of the critters. I also managed to catch a number of them with my camera, along with some other fauna and flora that we saw along the way.

At 2,200 acres, Cedarburg Bog is the largest, most intact and diverse wetland in Southern Wisconsin. It includes 245-acre Mud Lake, several smaller bog lakes, a small stream, marshes, sedge communities, shrub carrs and large expanses of cedar-tamarack swamp forest. Much of the bog is operated as a scientific Field Station by the University of Wisconsin and is closed to the public except for special occasions.

However, there is a short public trail to Watts Lake at the north end of the property, which is where our tour took place. Access to the trail is from a parking lot on Highway 33. More information can be found on the Cedarburg Bog page of this website. To learn about events sponsored by the Friends of the Cedarburg Bog, go to their website.

Here are my photos. Enjoy! 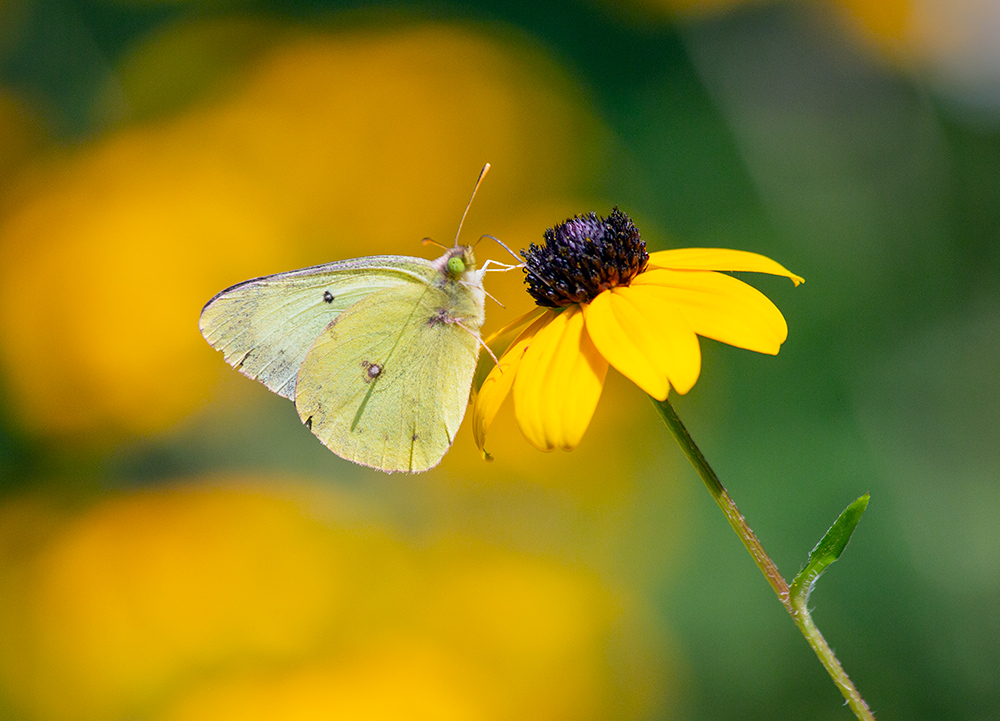 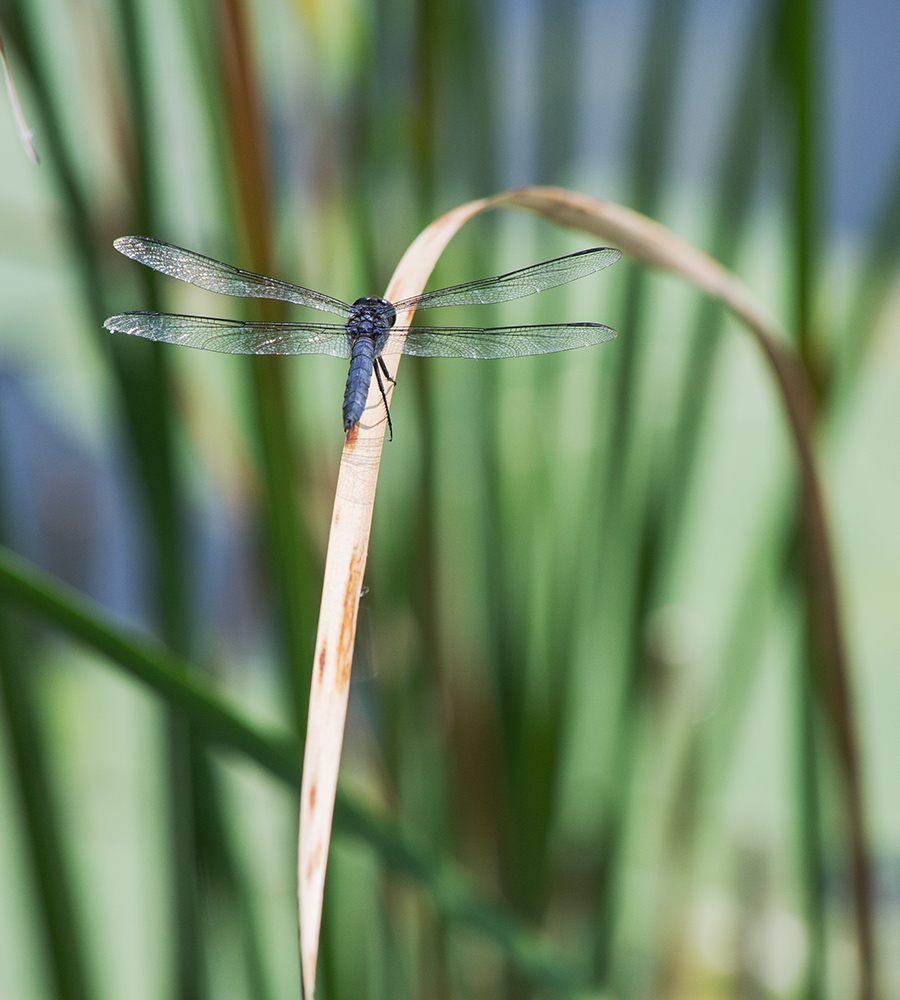 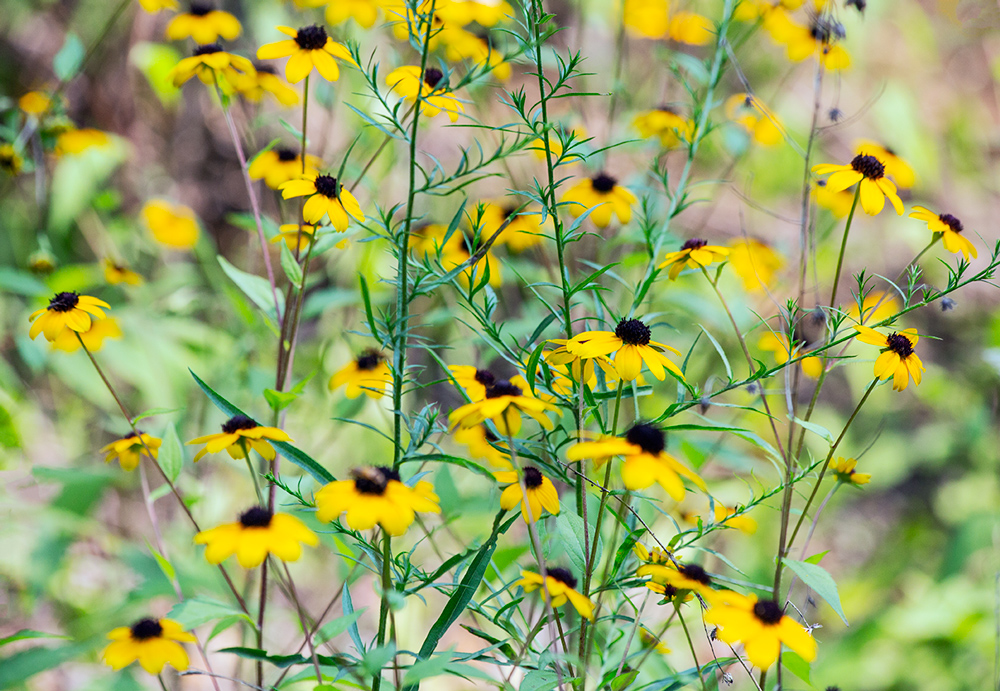 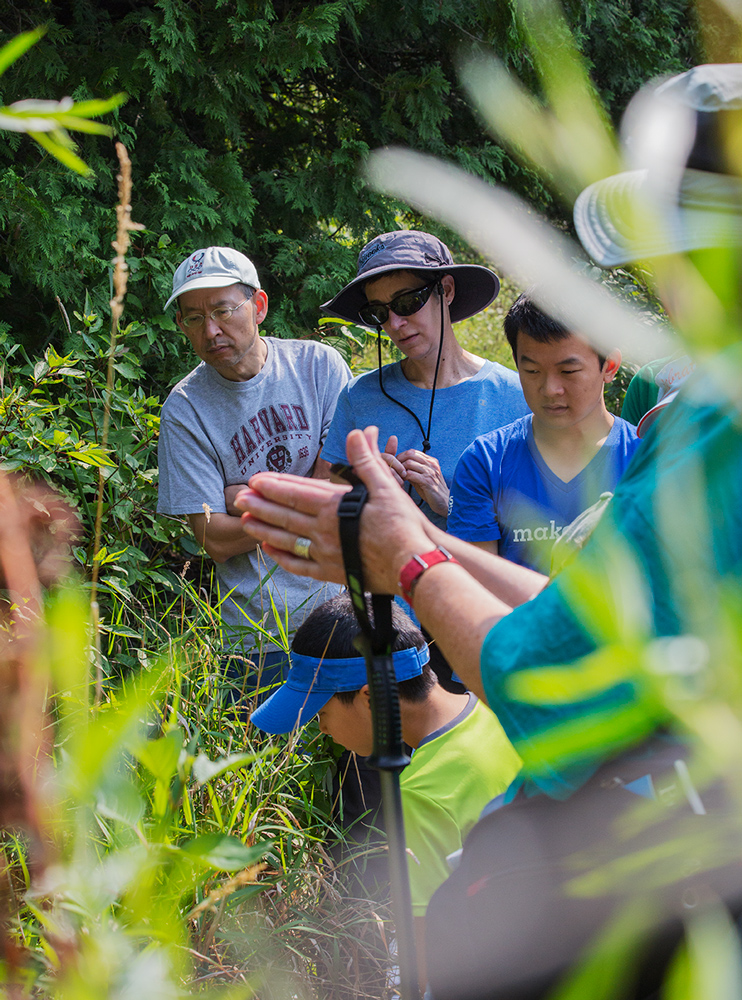 Some of the group peering at an insect. 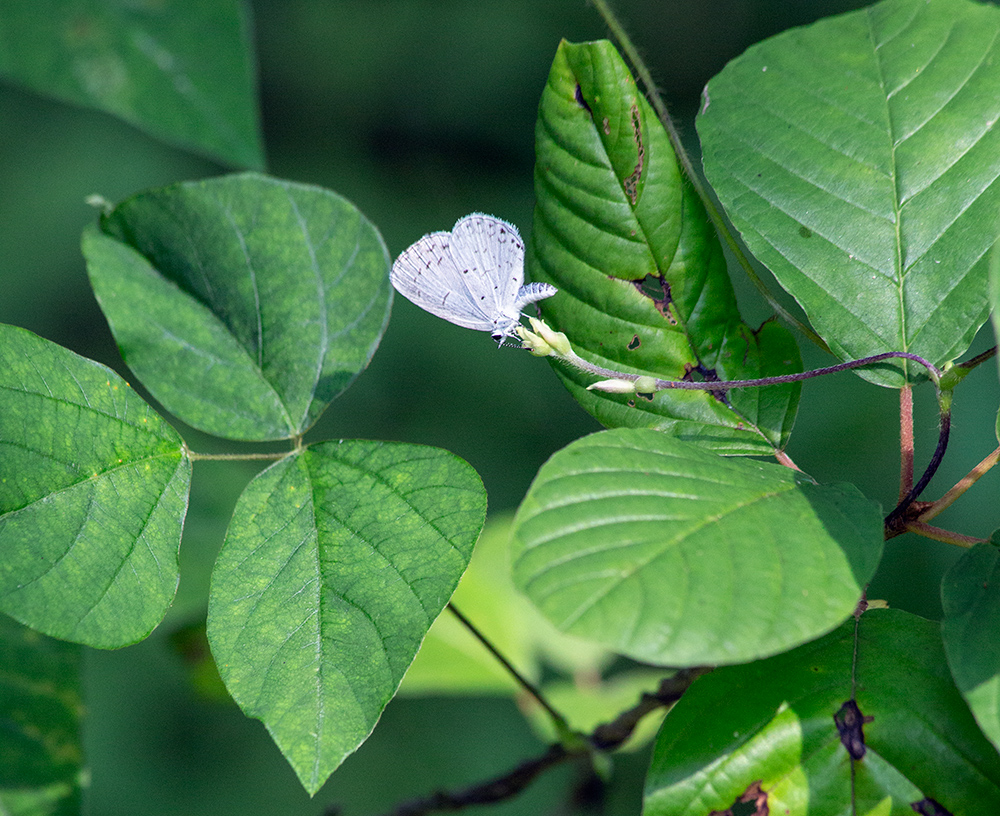 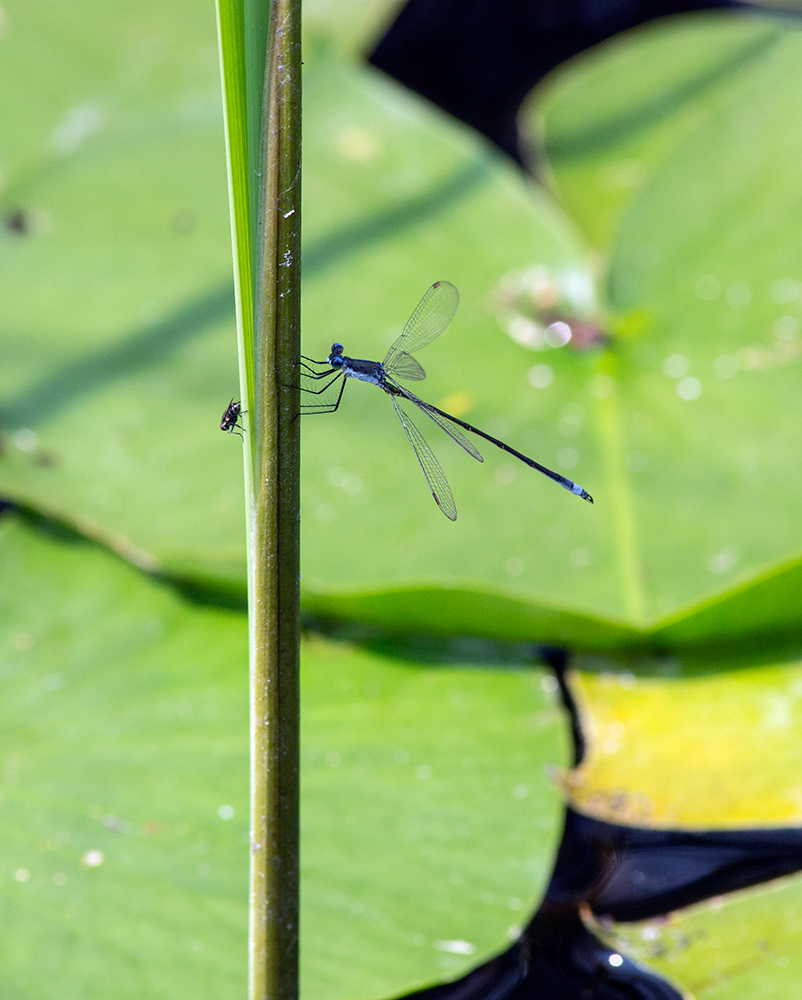 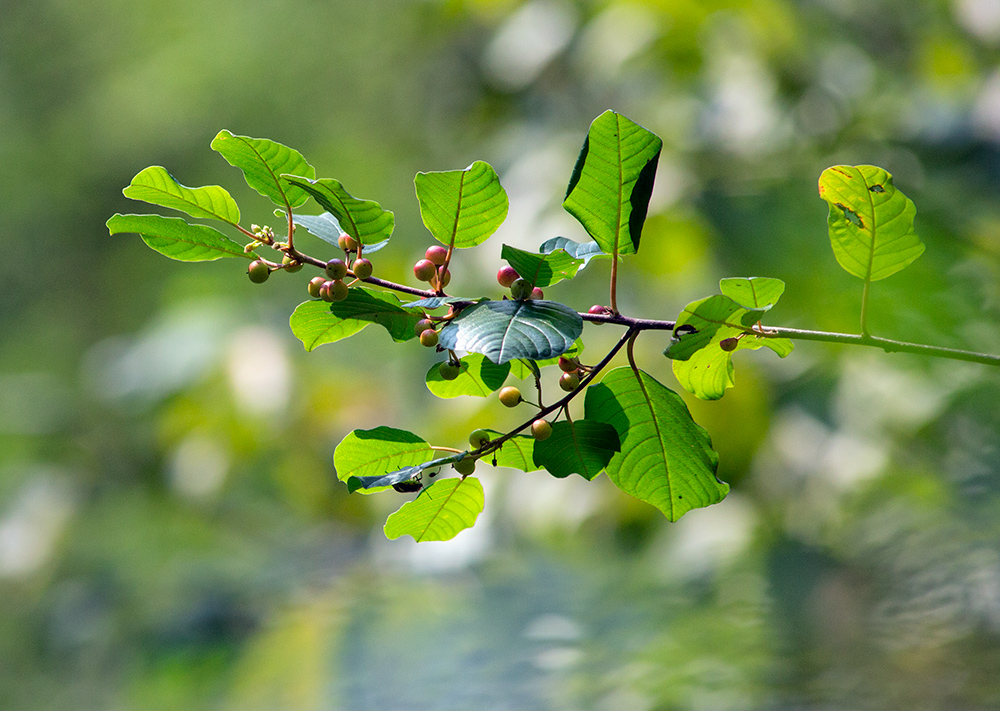 In addition to the insects, Redmond identified some of the plants we encountered. Although the buckthorn can appear attractive, it is aggressively invasive and can crowd out native species. 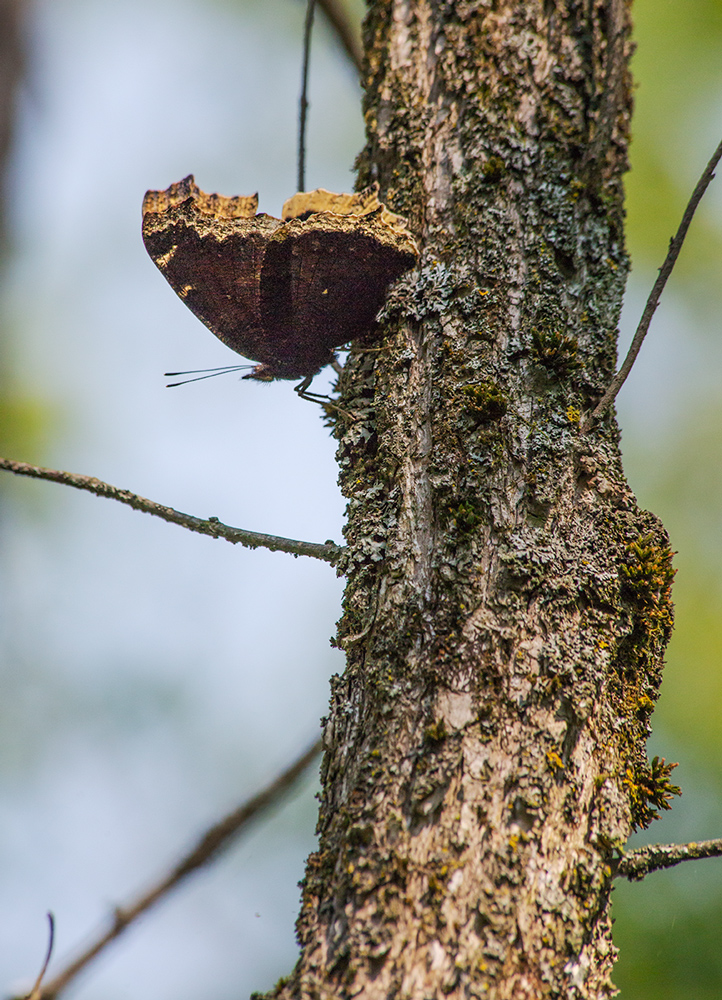 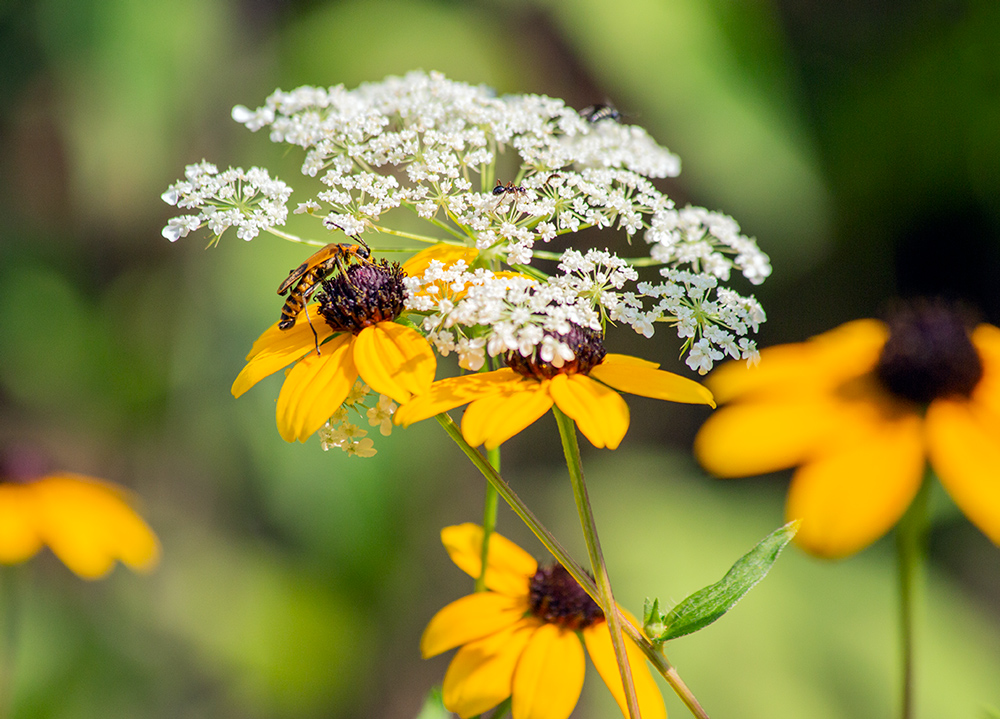 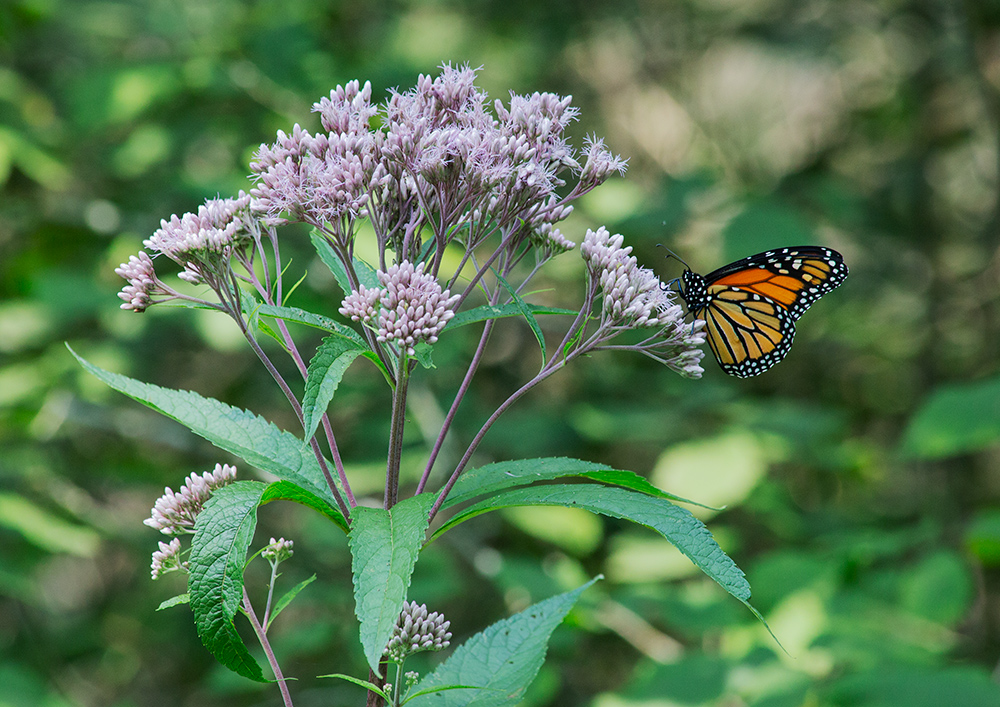 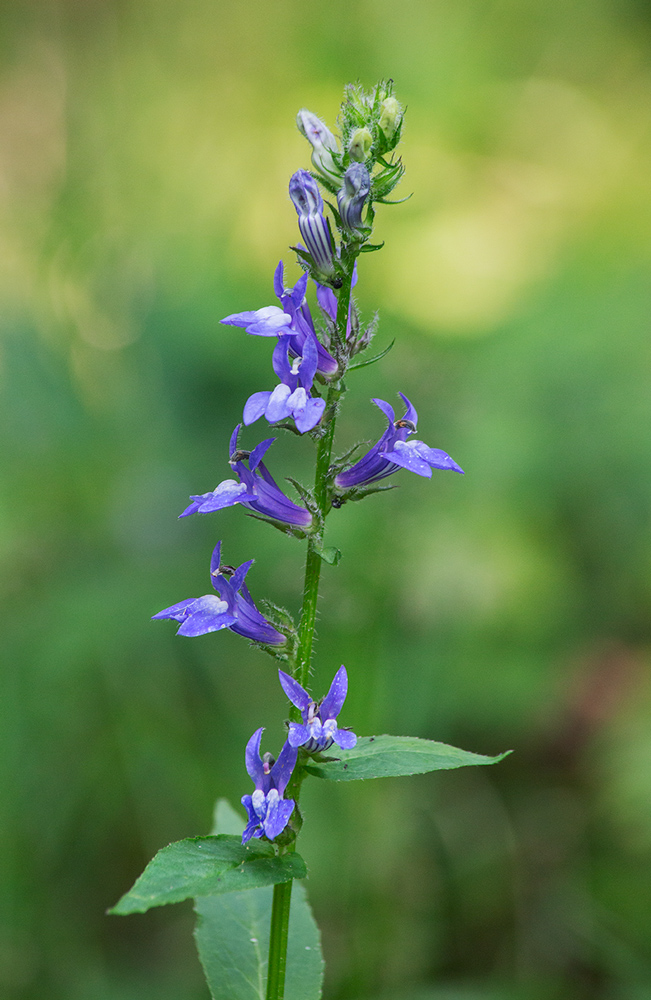 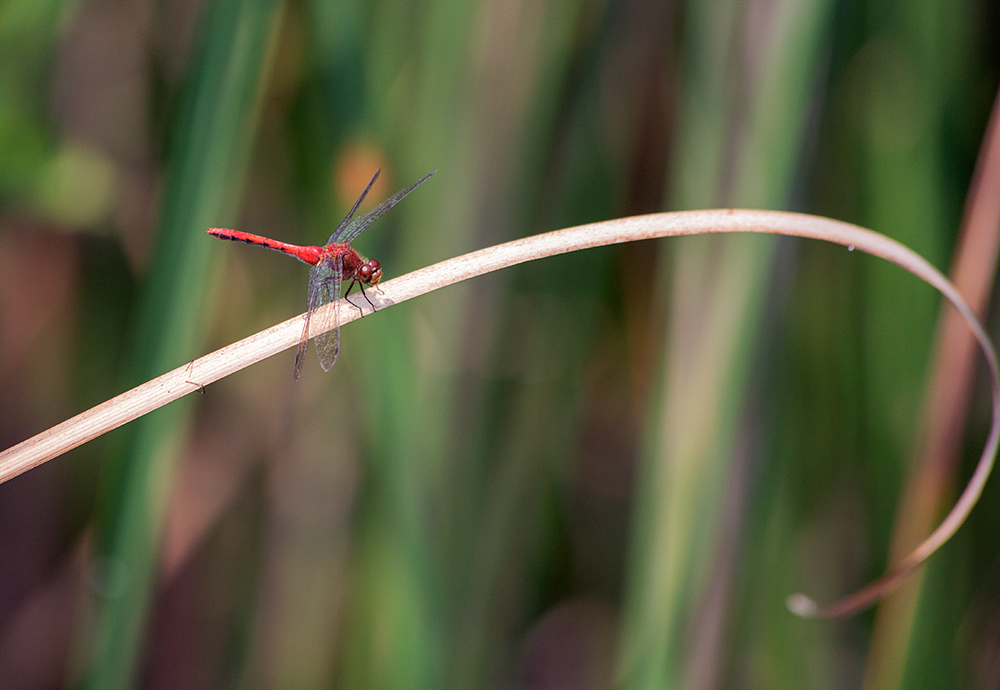 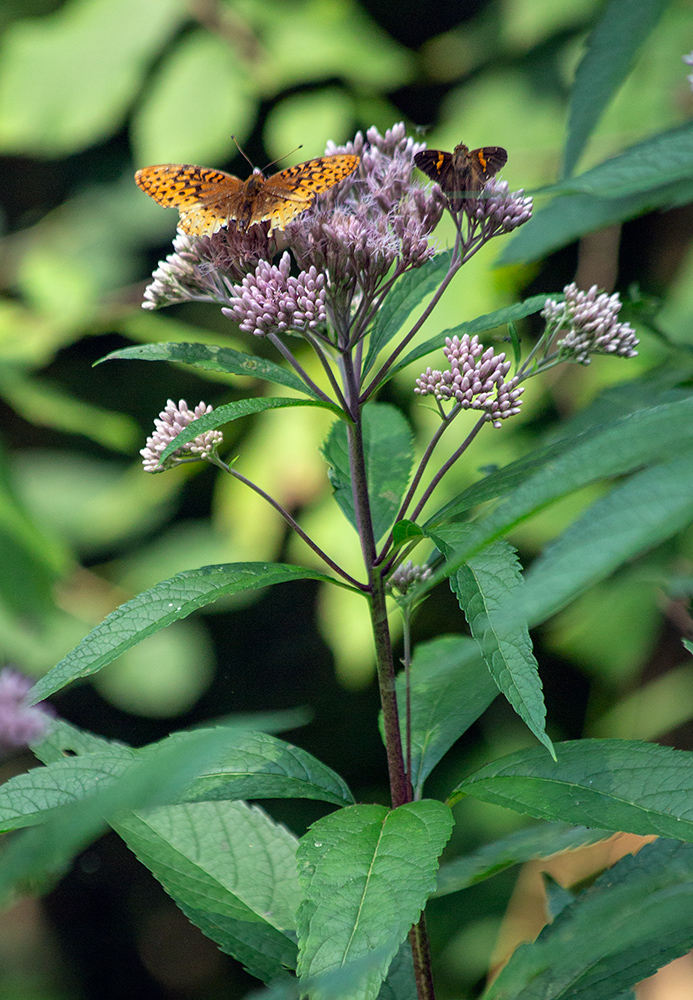 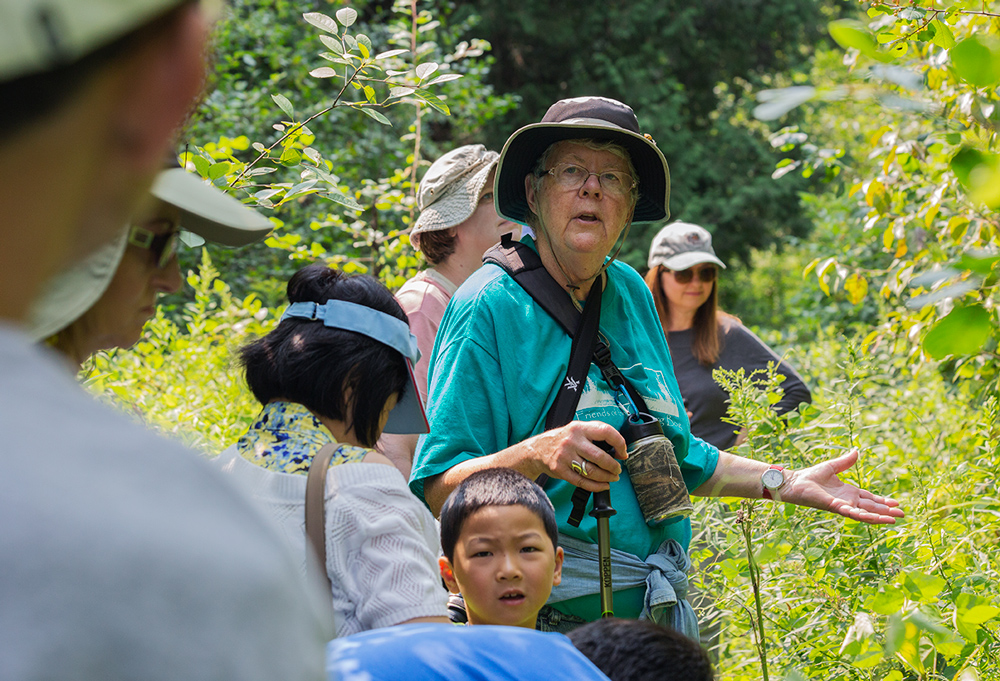 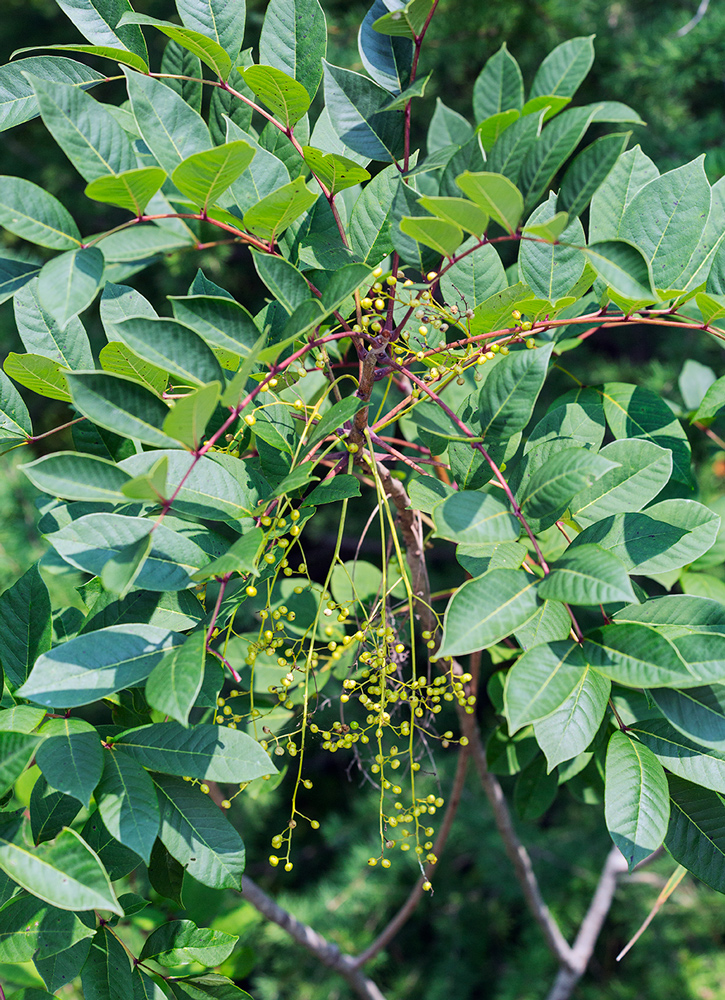 Touching poison sumac can cause an itchy rash similar to poison ivy. 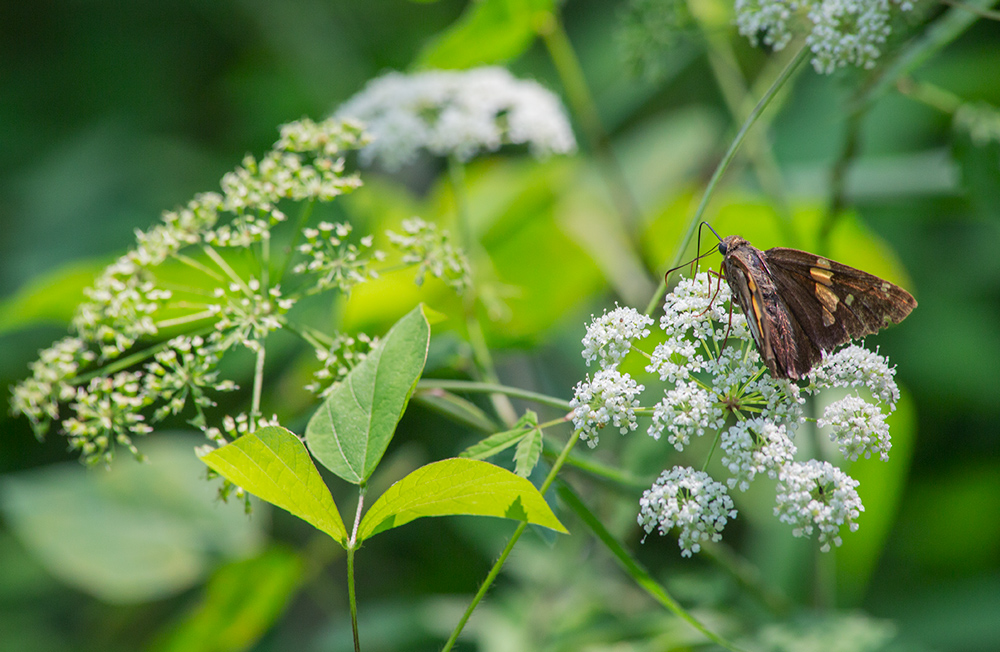 But the poison in poison sumac is nothing like that of the water hemlock, the flower on which this butterfly is resting. Water hemlock is related to conium maculatum, the even more potent hemlock that killed Socrates. Redmond warned us that if you were to ingest the water hemlock you would have half an hour to live. 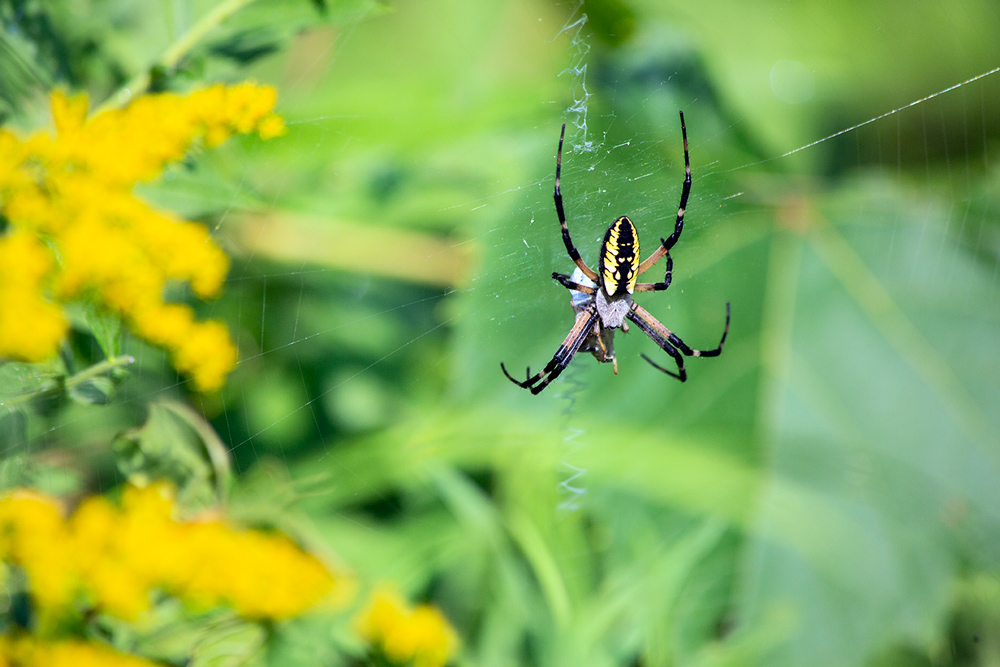 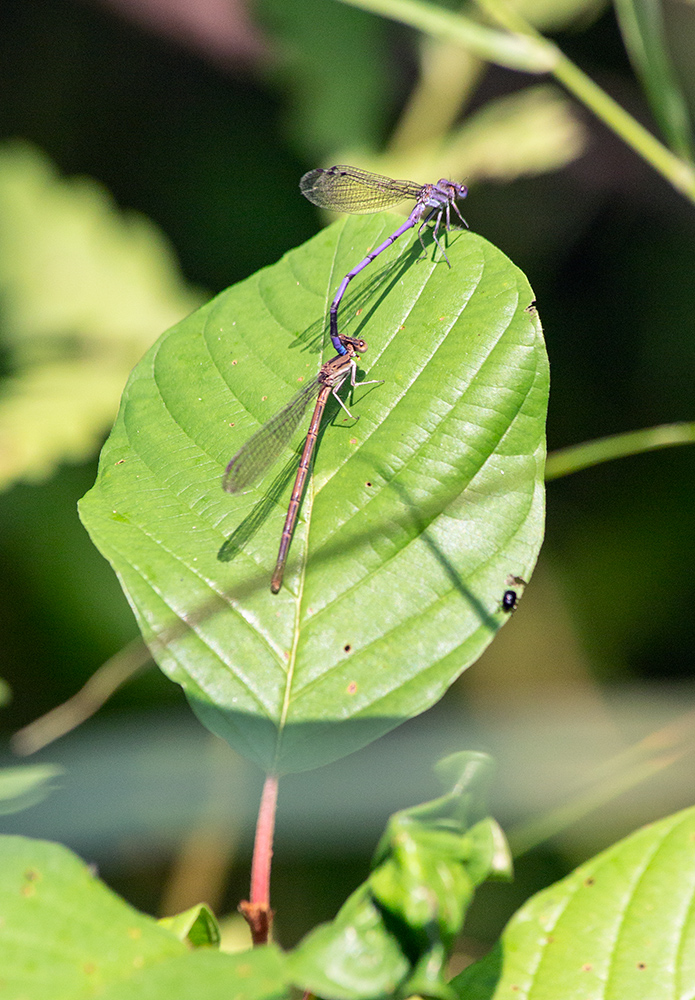 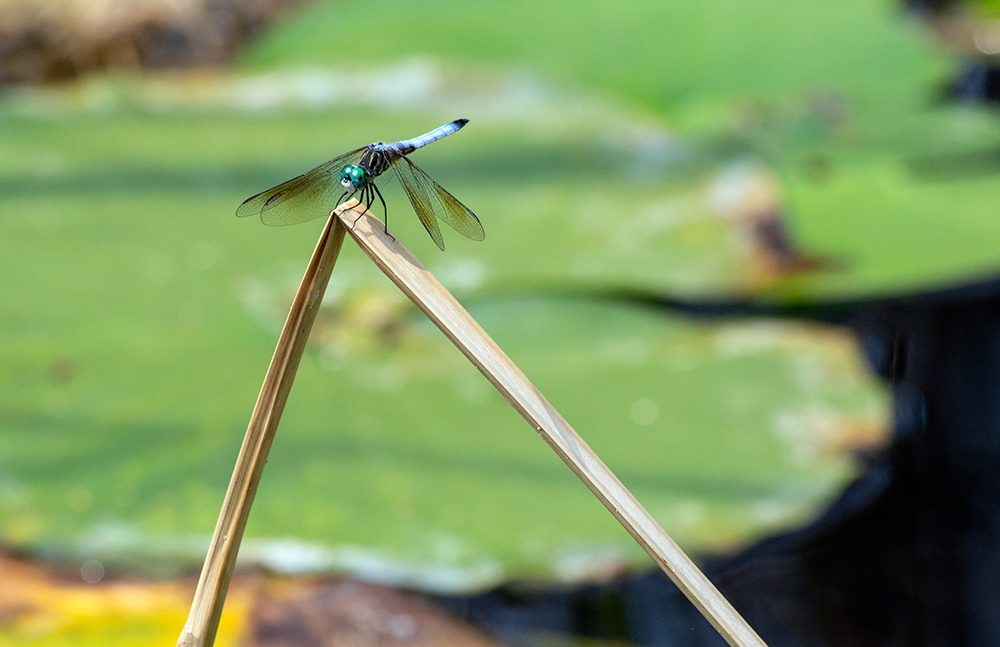 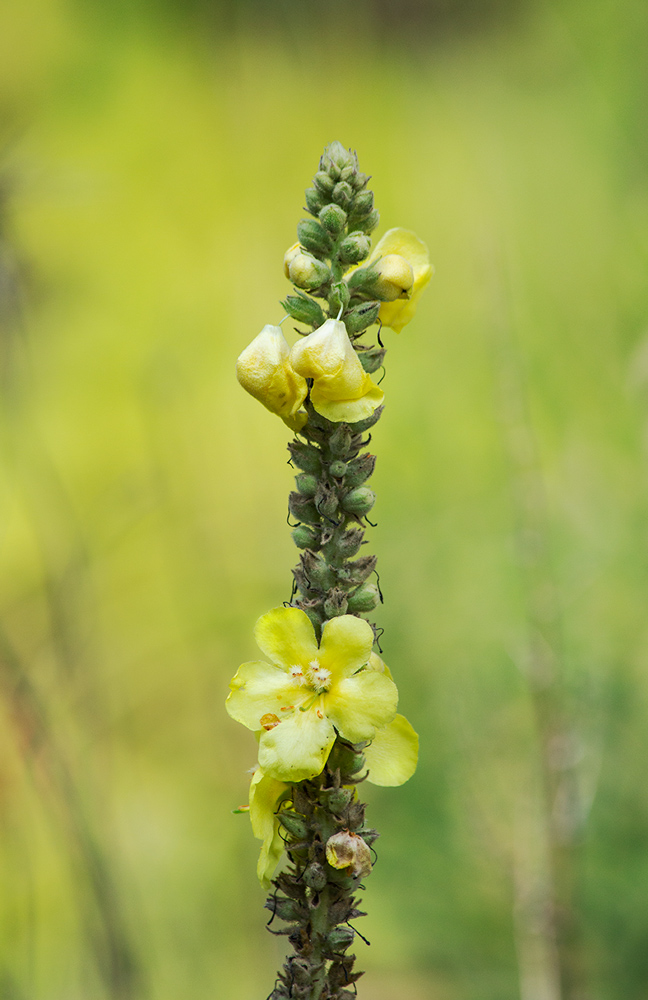 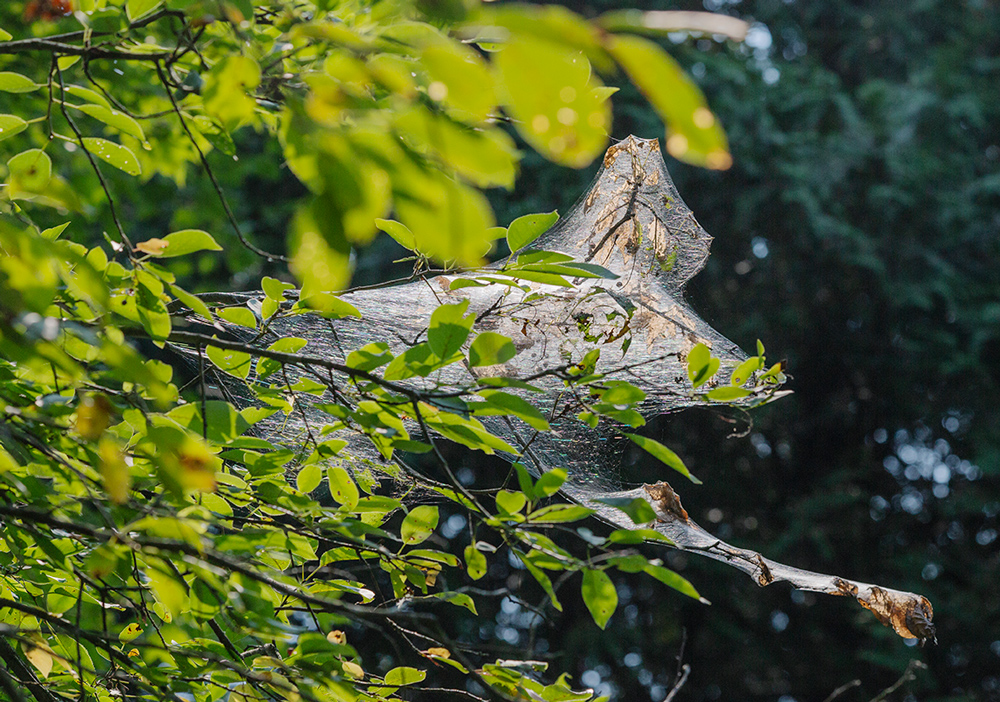 The webworm moth larvae create these nests in hardwood trees. This common species is often confused with tent caterpillars. Although considered an “aesthetic pest,” the nests generally do not harm the host tree. 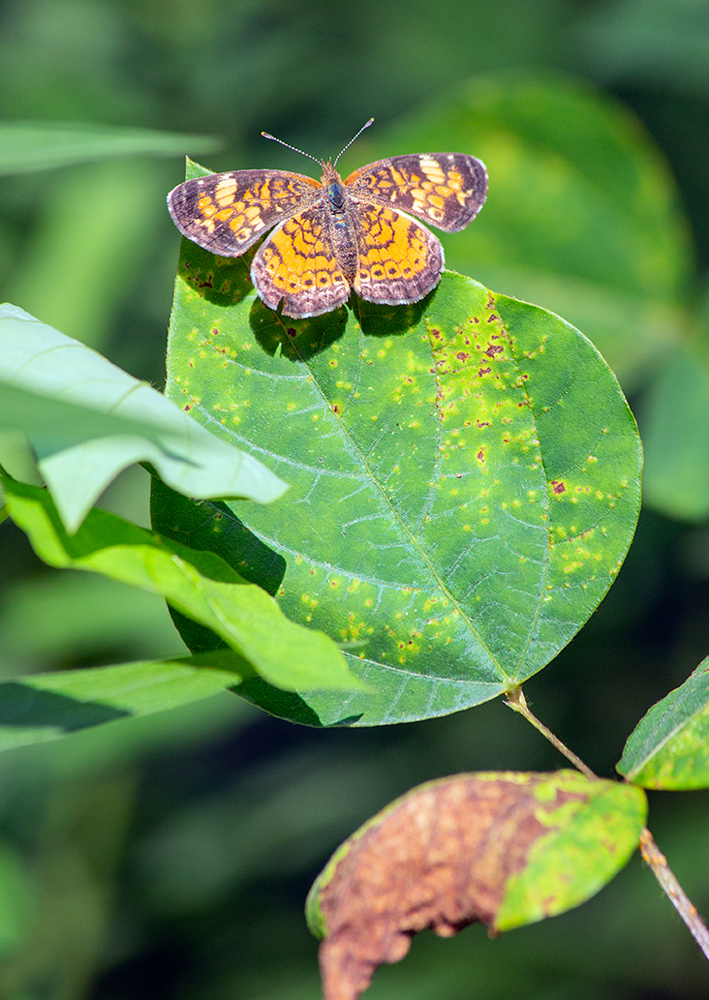 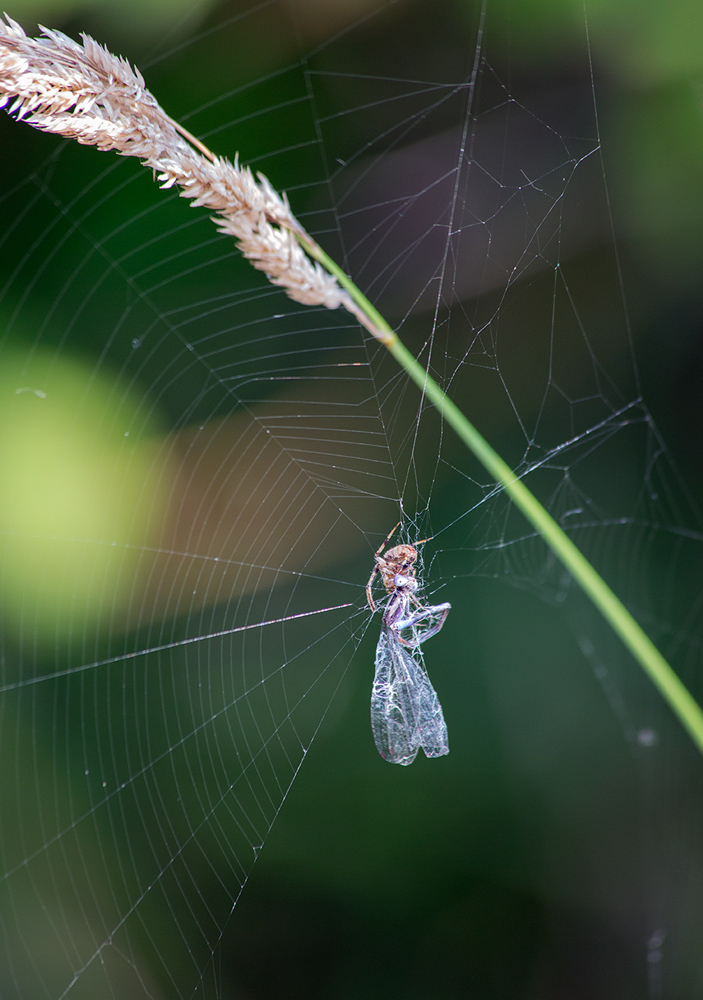 The circle of life. A spider making a meal of a damselfly.

The Cedarburg Bog State Natural Area was featured on the 2017 “Treasures of OZ” tour. Click here to read about it.

Eddee Daniel is a board member of Preserve Our Parks and Project Director for A Wealth of Nature.