With photographs by James Wend (JW) and Eddee Daniel (ED)

Picture yourself in a kayak, floating silently on a wide river in a valley flanked by tall wooded bluffs. You pass the occasional fisherman. Through the trees a lone jogger runs by on a riverside trail. A great blue heron starts up at your approach, rises on thermals, circles and silently soars away upstream. It seems an idyllic vision, doesn’t it?

Now imagine being just minutes away from the downtown towers of the city. Welcome to the Milwaukee River Greenway, which, at over 840 acres, is larger than Central Park in New York. How many cities can you name where you might have an experience like this? One that approximates wilderness in the heart of a densely populated urban area. 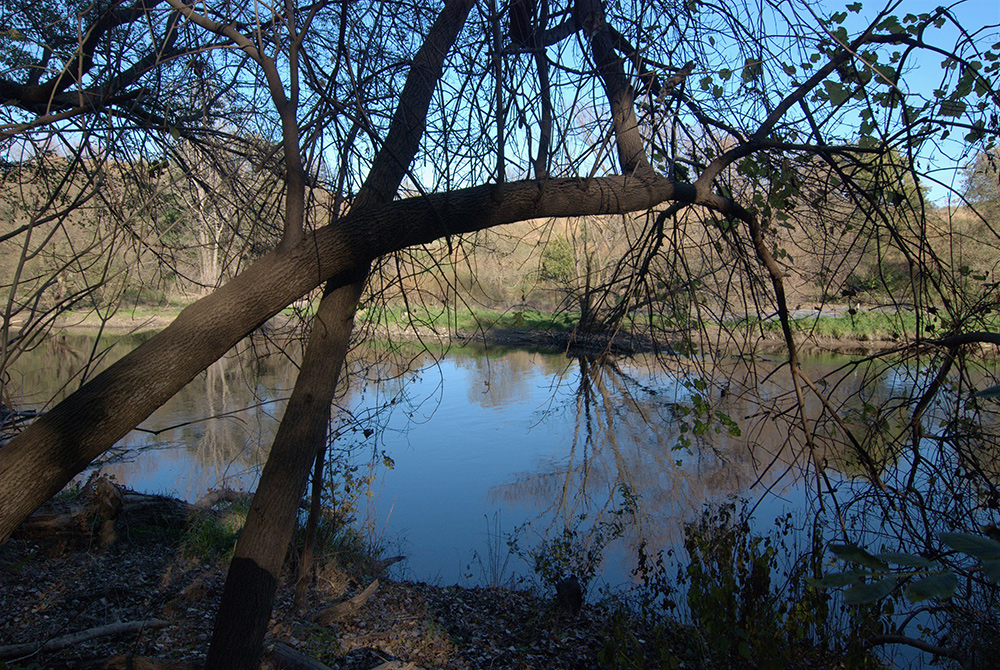 I have been writing about Milwaukee’s “urban wilderness” for many years and I have numerous favorite places to go when I want to rejuvenate a spirit that longs for nature. The Milwaukee River Greenway tops my list. It is among the jewels in the crown of an exemplary park system: our premier urban wilderness.

Recently, I was invited to lead a hike in a section of the Greenway, which is something I’ve done before. Always eager to share my love of our wealth of nature, I jumped at the opportunity. The day of the hike was mild and sunny. Eighteen people showed up. Most had never hiked in the Greenway before. They were eager to learn what makes it special. 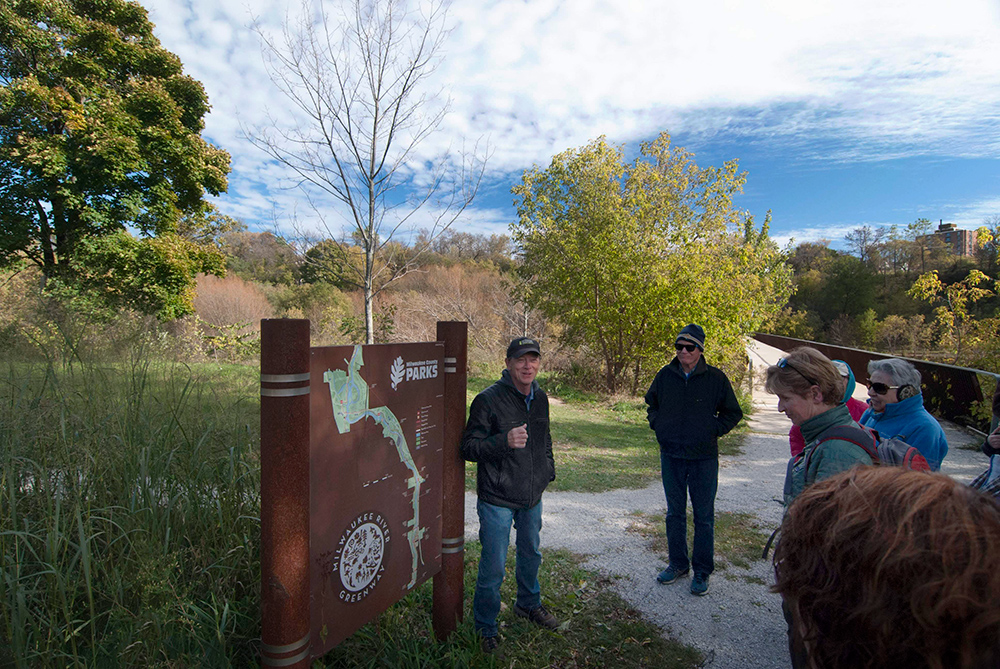 We began in Turtle Park, at the southern end of the Greenway. This is the home of the River Revitalization Foundation (RRF), Milwaukee’s urban land trust, which has been one of the leaders of the Milwaukee River Greenway Coalition. The coalition has spearheaded a concerted effort to preserve and protect the land along the river. With autumn upon us, the “green roof” on the RRF office building has been imbued with rich orange and gold tones. 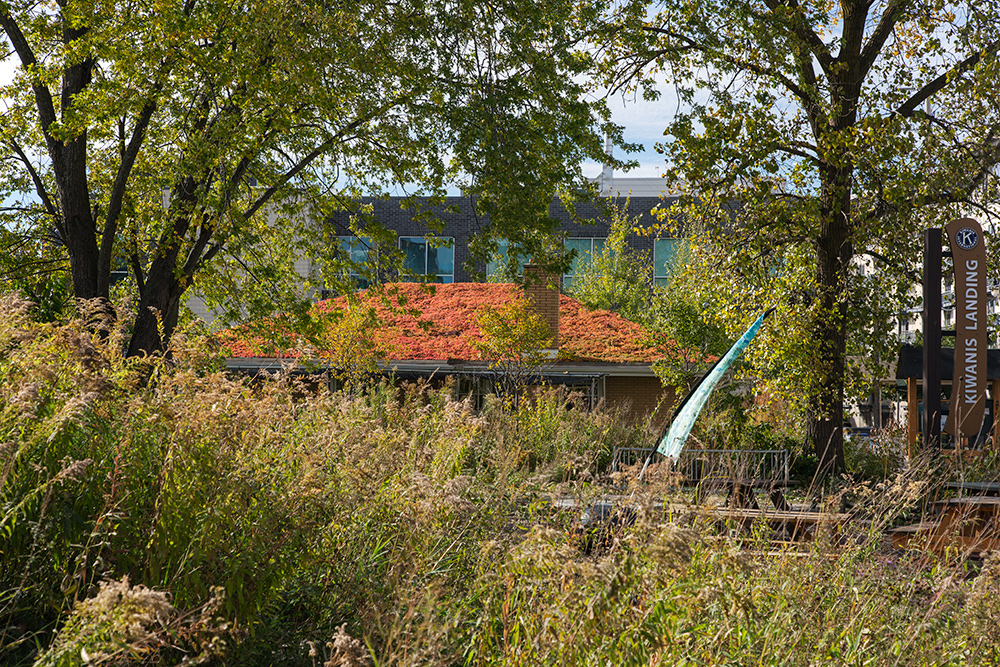 A pedestrian bridge connects Turtle Park on the west bank to Caesar’s Park on the east. It also serves as a reminder of the dam that once stood in its place. A hundred and more years ago the North Avenue Dam backed up a lake substantial enough to stretch as far as Capitol Drive. In its heyday the lake was a prime recreational area for Milwaukeeans who wanted to get away from the hustle and bustle of the city. 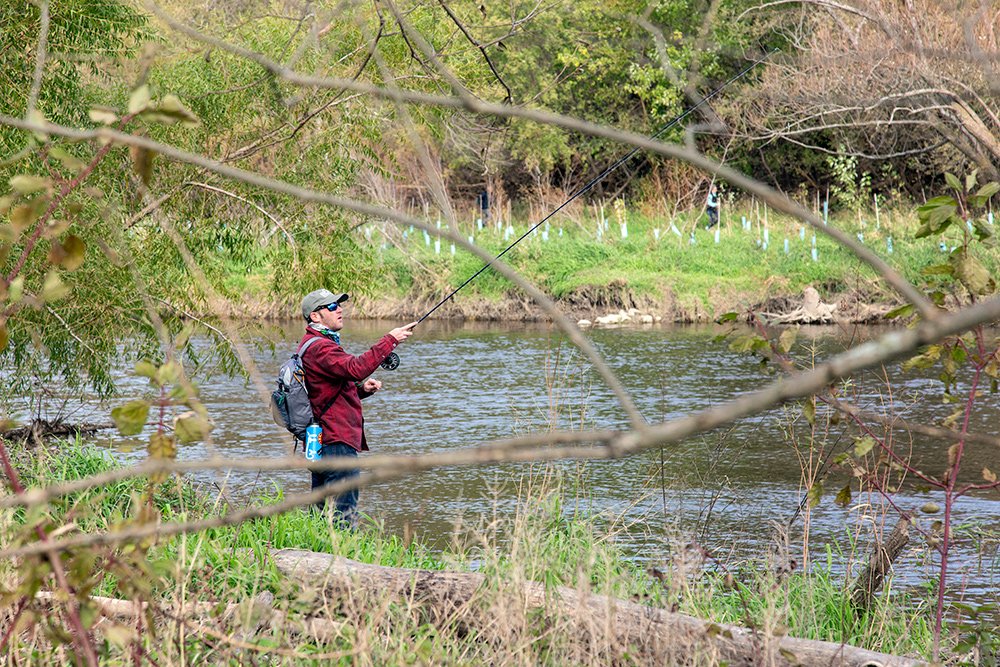 Fishing from the west bank of the river. Photo: ED

We headed north along the Beerline Trail. But, as that paved extension of the Oak Leaf Trail veered upwards toward the top of the bluff, our group of adventurers made its way through the tall grasses of the West Bank Trail. Surprisingly, for late October, we saw boaters on the water. 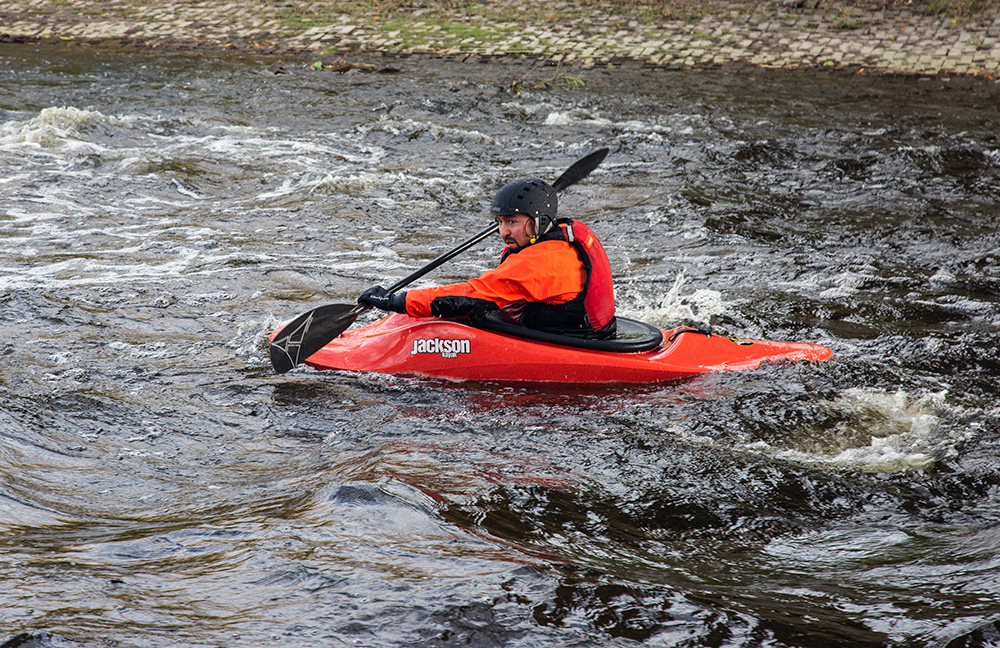 This guy was using a very small kayak, especially designed for the purpose, to “surf” on the standing waves of the river under the North Avenue Bridge. 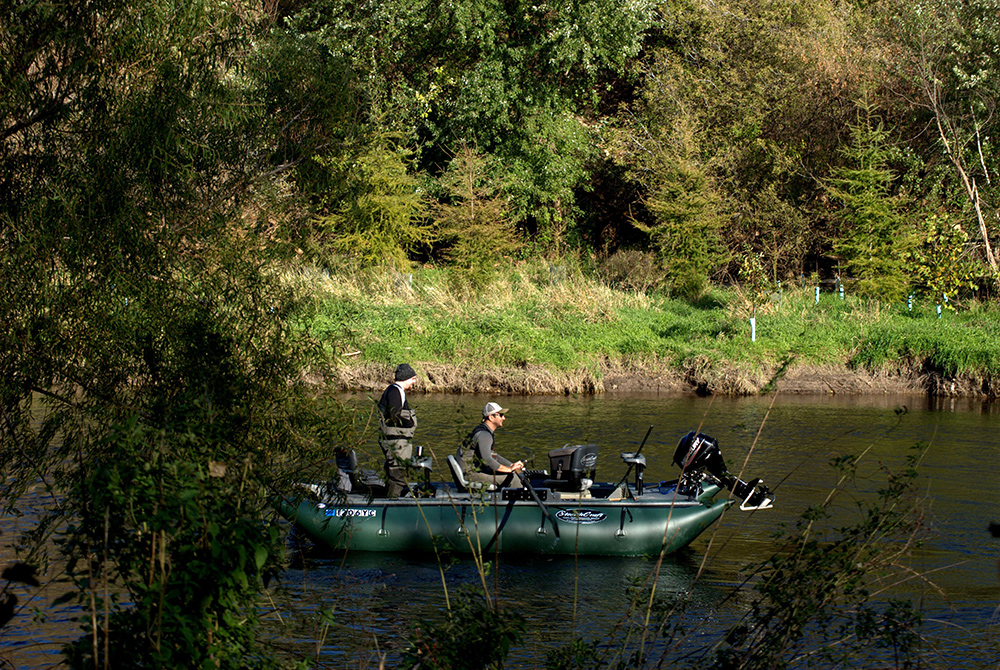 These boaters, in a small, motorized pontoon craft, said they had come all the way downstream from Kletzsch Park. That is a feat they could not have attempted before the removal of the Estabrook Dam near the north end of the Greenway earlier this year. 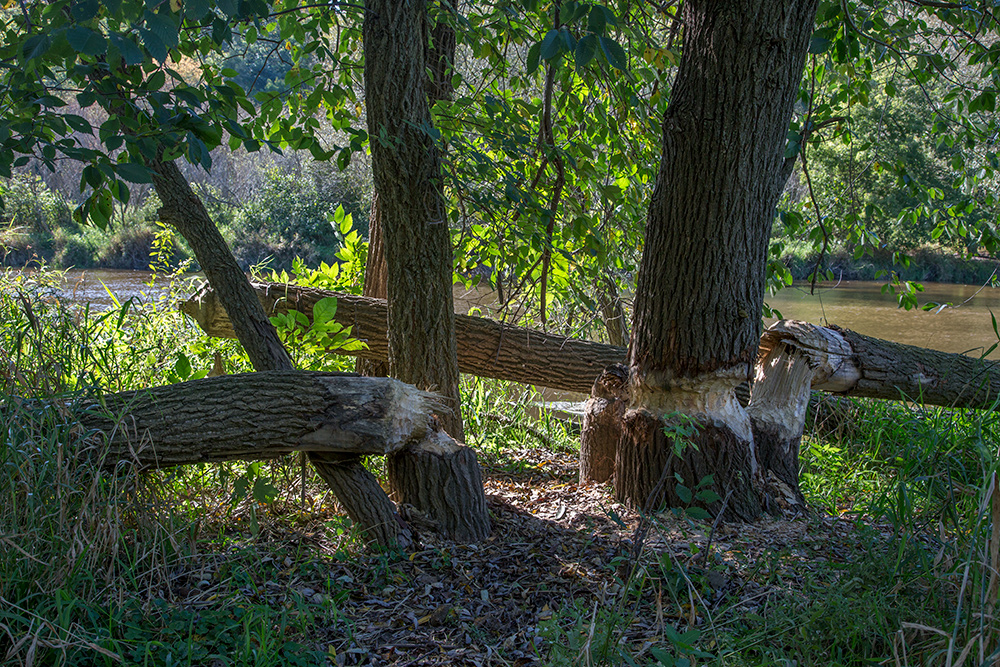 Beaver chews next to the river. Photo: ED

We observed the activity of beavers, which had been absent from most of the Milwaukee River for decades until they recently began to migrate south from its headwaters in the northern Kettle Moraine area. 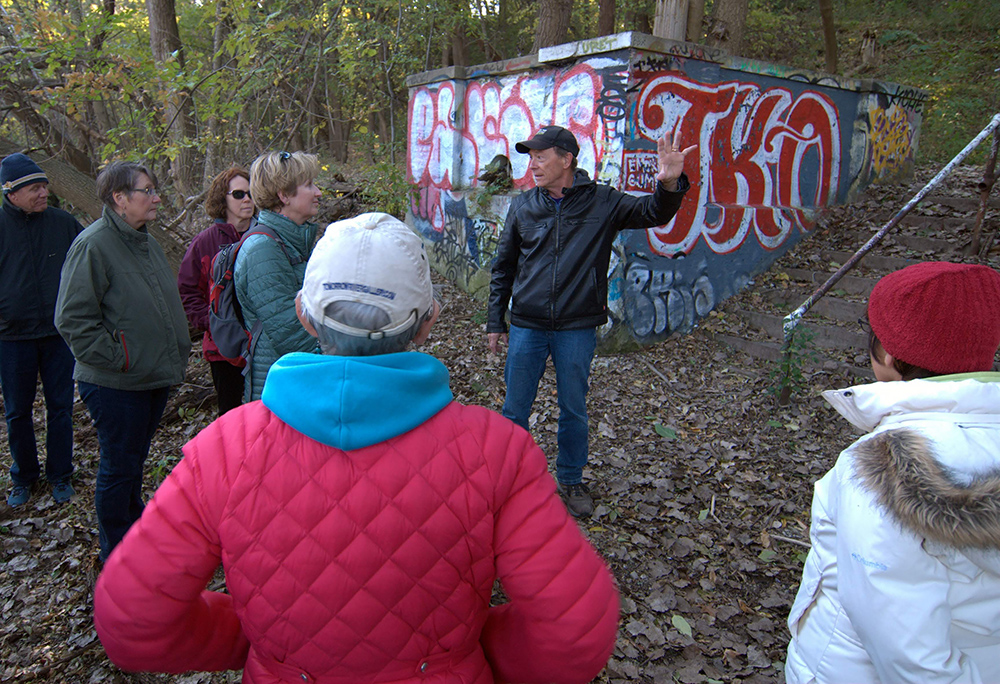 In the shadow of the Locust Street Bridge, we “discovered” the ruins of the Gordon Park Bathhouse, which had been one of the great lakeside resorts until increasingly polluted water forced it to close in 1937. 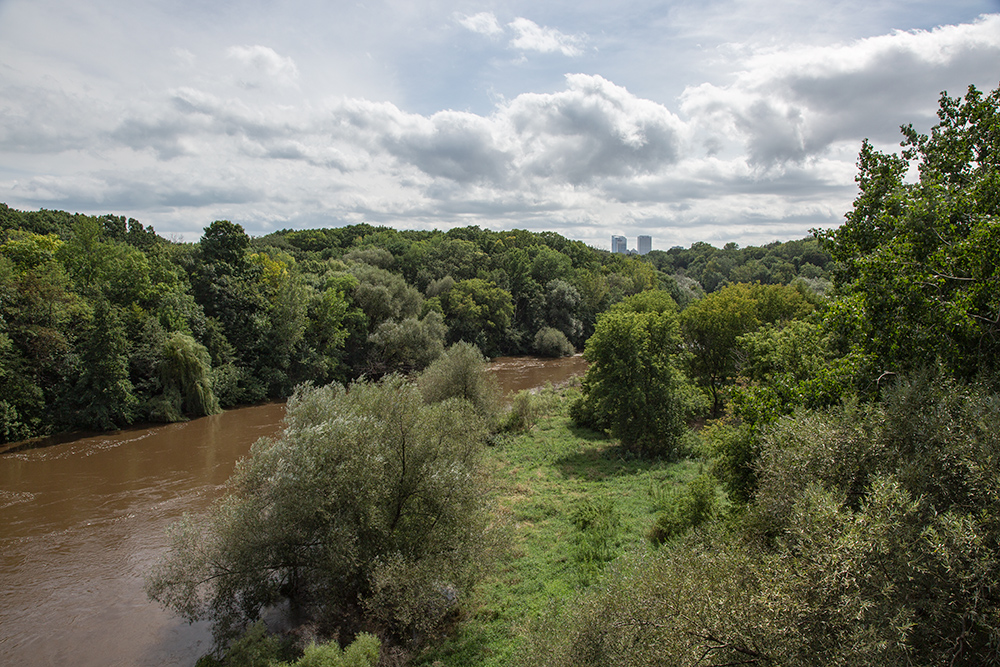 View of the Greenway and downtown from Locust Street Bridge. Photo: ED

At Locust Street we crossed to the other side of the river to make a loop, hiking the East Bank Trail back to our starting point. The breathtaking panoramic view from the Locust Street Bridge of Riverside and Gordon Parks is one of the highlights of the hike. 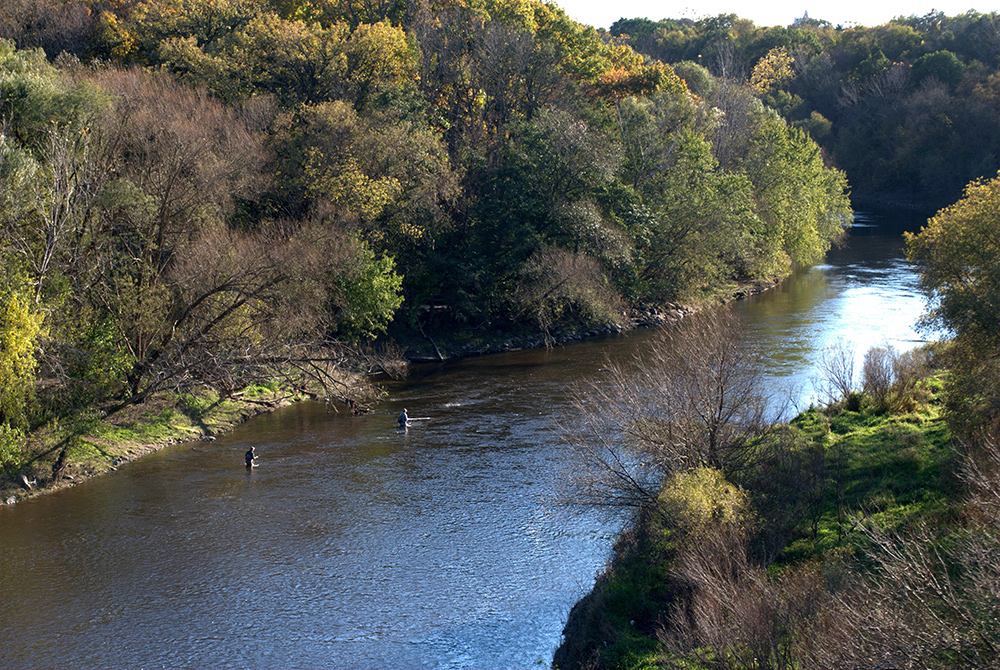 Fishing in the river between Riverside and Gordon Parks. Photo: JW

Passing through Riverside Park we discussed the importance of the Urban Ecology Center (UEC), which is located there. Before it started operations in the 1990s (out of a double-wide trailer next to the football field), the park had been a neglected and dangerous place for decades, known more for drug dealing and violent crime than for its illustrious history as a Frederick Law Olmsted-designed park. The UEC transformed Riverside into an outdoor classroom visited by thousands of Milwaukee schoolchildren every year. 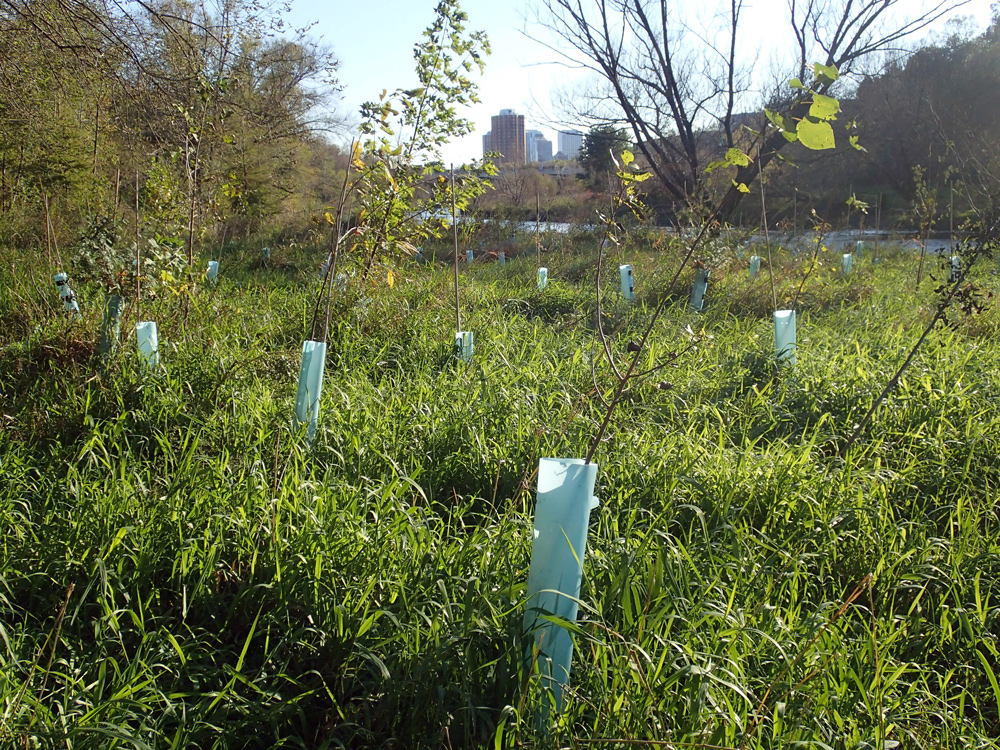 The East Bank Trail also runs through the recently developed Rotary Centennial Arboretum, which was created atop reclaimed post-industrial land. The largely tree-less stretch has been planted with hundreds of new trees and other native plant species. 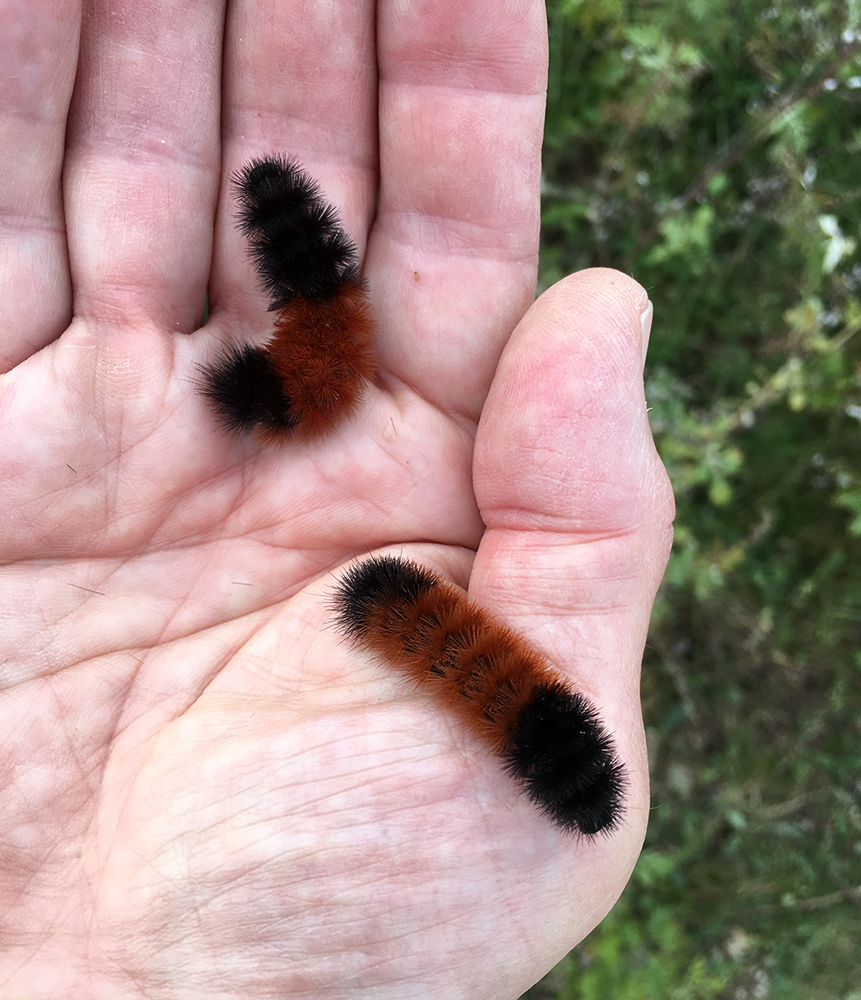 The woolly bear caterpillars were out in force, trundling across the trail underfoot in many places. Legend has it that the puffiness of their fur and length of their black and brown segments can predict the severity of the coming winter. Whether or not you choose to believe this, winter will indeed be upon us before too long! 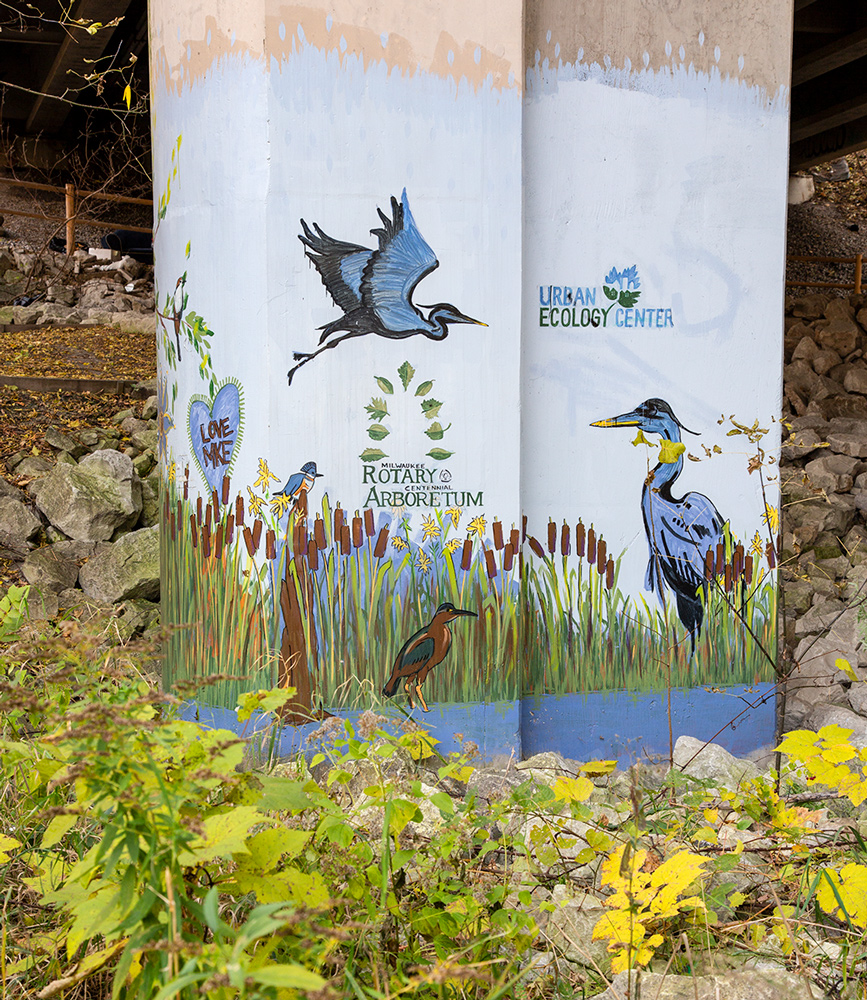 A section of mural painted on pillars of the North Avenue Bridge. Photo: ED 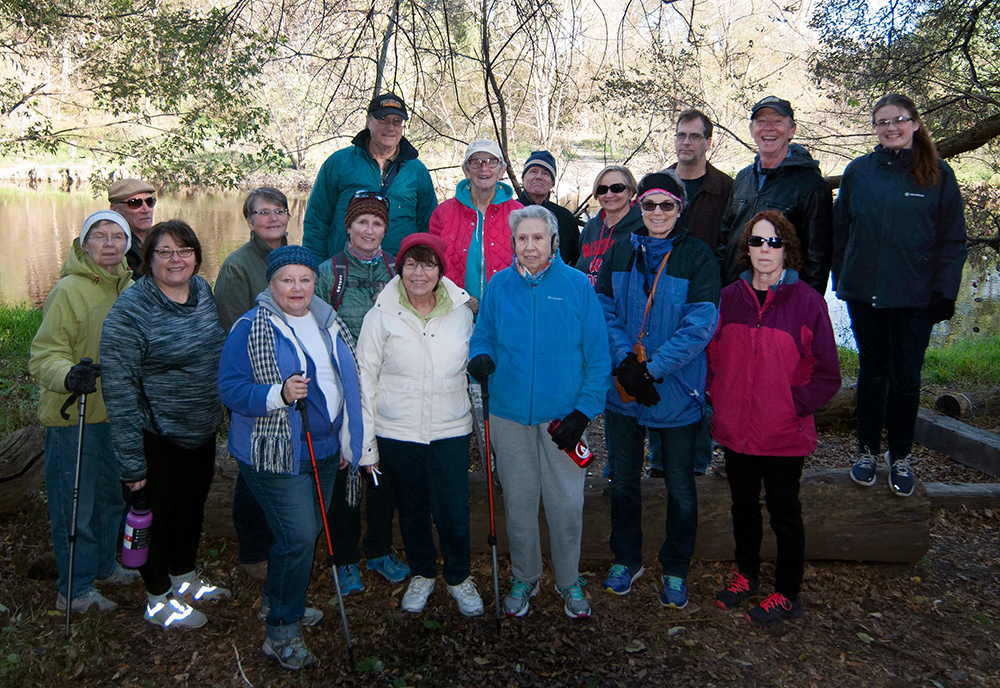 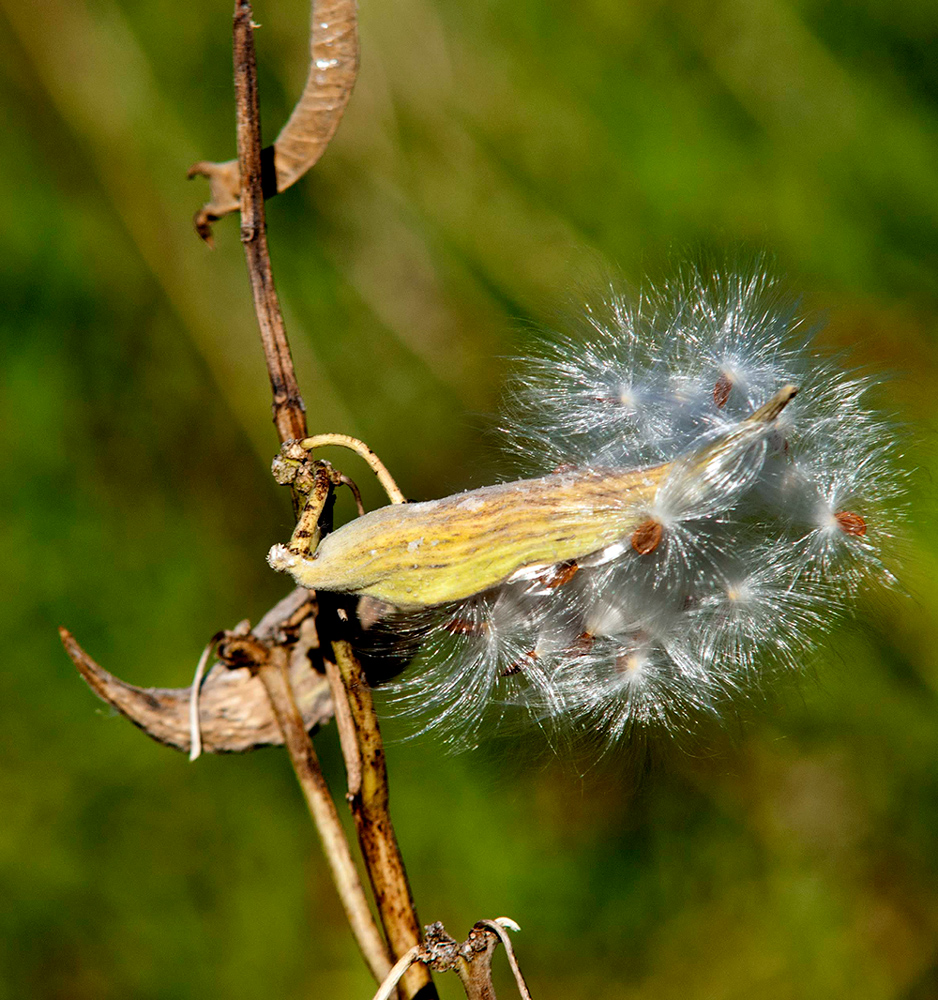 Eddee Daniel, Project Director of A Wealth of Nature, is available for tours like this one, as well as speaking engagements. If your group or organization would like to book a tour or a talk, send an inquiry to eddeedaniel@awealthofnature.org.

James Wend is a photographer and an Instructional Technologist at Alverno College.

The River Revitalization Foundation and the Urban Ecology Center are project partners of A Wealth of Nature.