Birding at the Lynden Sculpture Garden

Chances are that if you’ve heard of the Lynden Sculpture Garden you know that it is known for the collection of monumental, mostly modernist sculptures that are situated outdoors on a rolling landscape in River Hills. What you may not know is that the mission of the Lynden matches stewardship of the artworks with care and concern for the environment. It’s programming focusses on “the intersection of art and nature,” and includes many outdoor experiences relating to nature and the ecology of the landscape.

Birding is a regular activity at the Lynden. Recently, I accompanied avid birder, Chuck Stebelton, and a group of birders on a morning tour. We walked the circumference of the 40-acre lot and saw a lot of birds. The official count was 45 species.  Of course, not being a birder myself, I was hoping to catch a few of those species with my camera. Unfortunately, they mostly kept their distance. I had to be satisfied with more accommodating subjects.

Here is my photo essay. 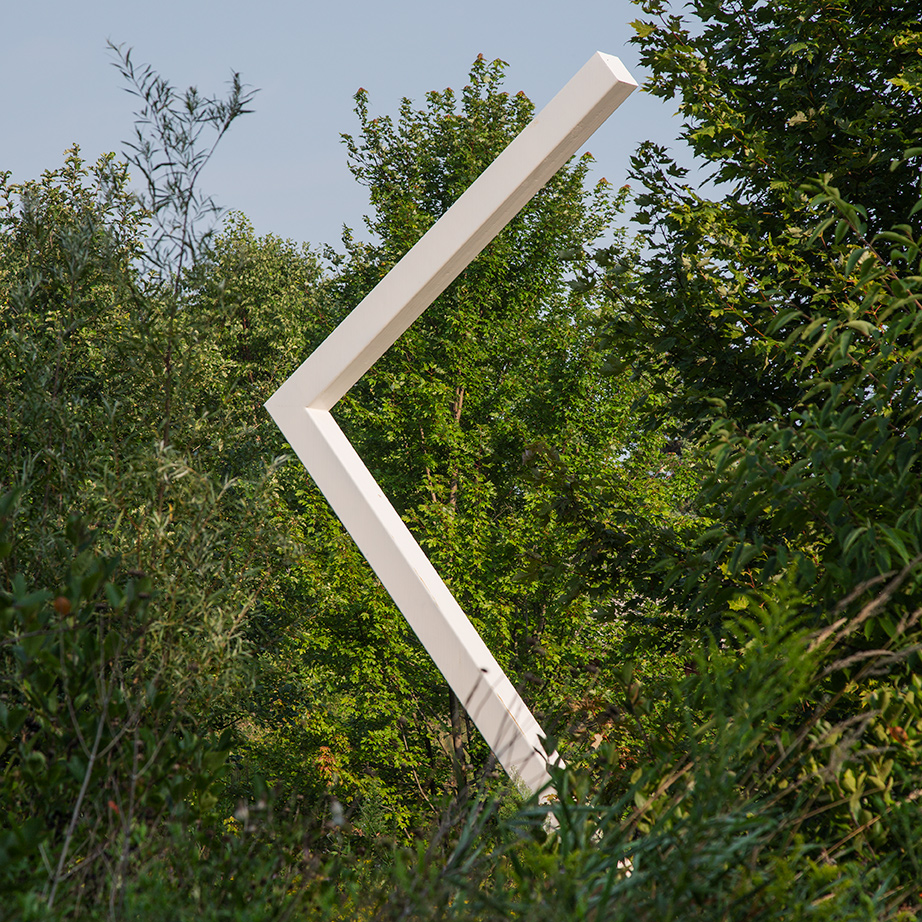 We began in the parking lot, where I noticed a “new” sculpture–i.e., one that had not been there the last time I visited. I’ve since learned it is called “Delicate Balance,” by Tal Streeter. It was once located outside the Milwaukee Art Museum and is being restored (and painted red!) before its official unveiling at this site. 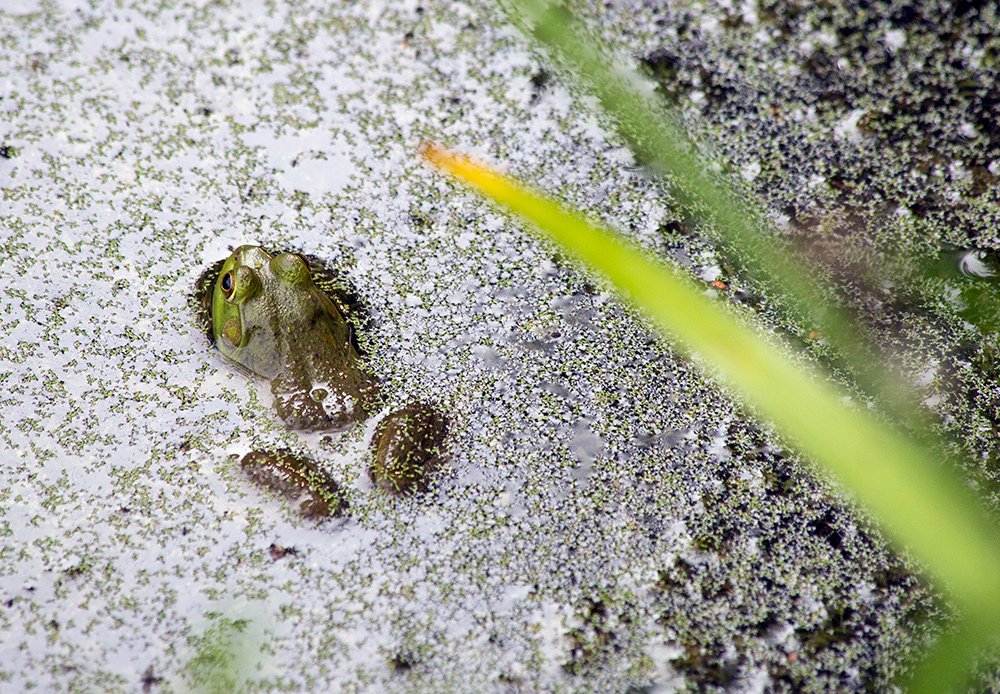 Along with the birds, the most common wildlife is aquatic. You mostly see the frogs as a blur accompanied by a squeal as they leap away from you into the water.  This one held still for me. 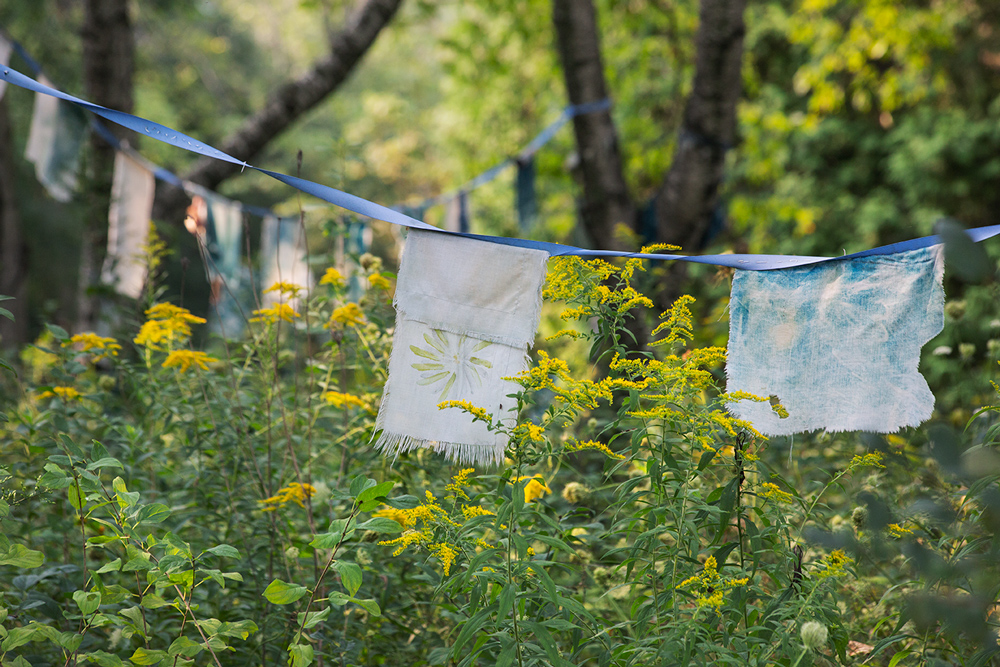 I’ve enjoyed these temporary installations of cyanotypes in the birch grove for several years now.

Not far from Deborah Butterfield’s bronze horse (photographs of which are restricted) was this glorious patch of brown-eyed Susans. 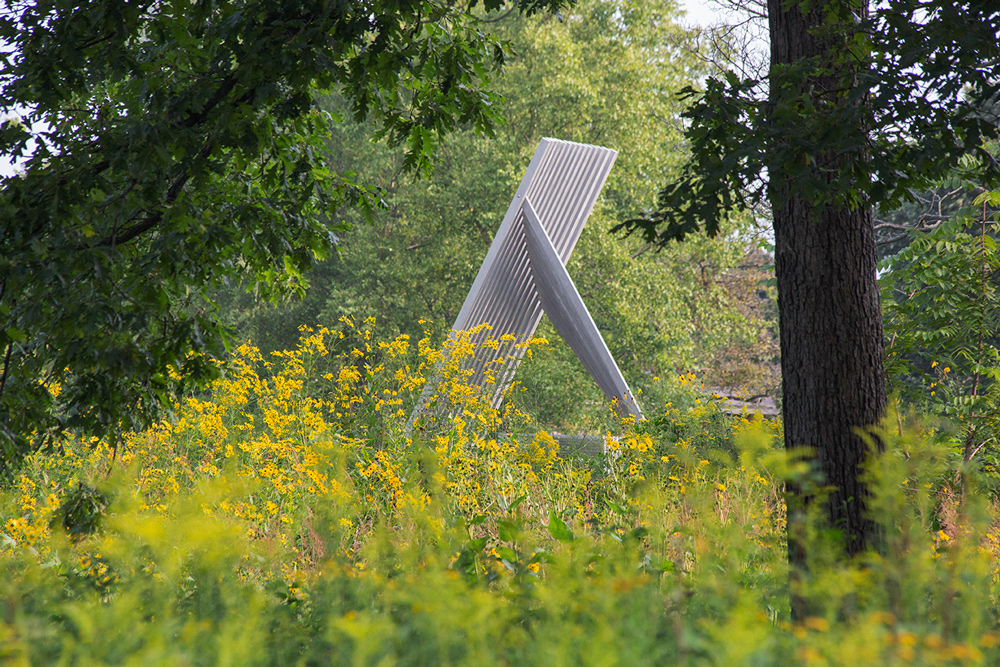 I’ve always loved how “Sky Fence” by Linda Howard c0mmands its patch of lawn. It’s even more magical seen through the trees! 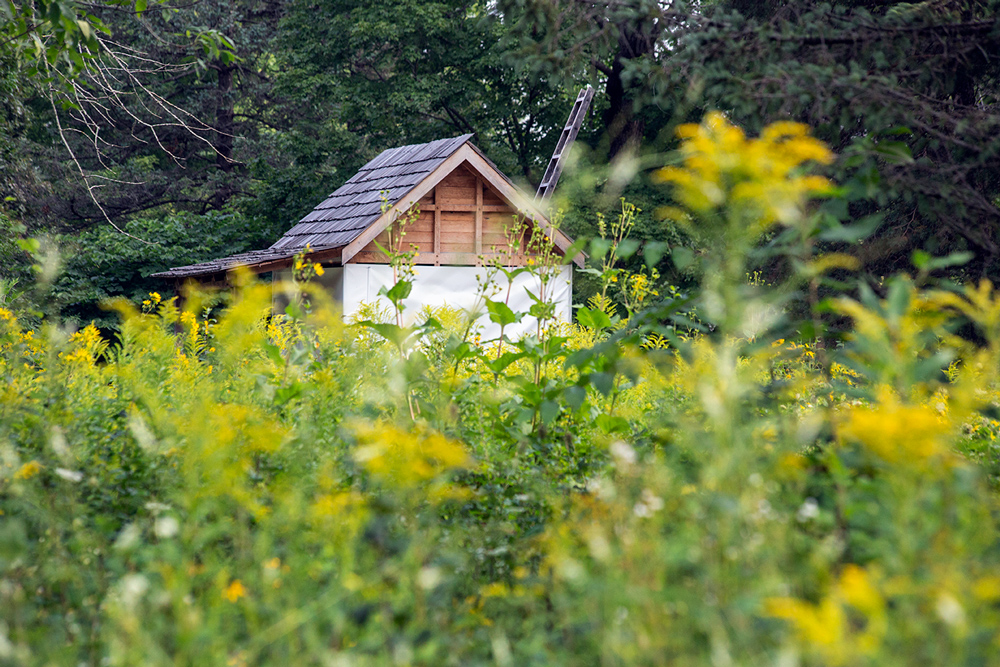 “Eliza’s Cabinet of Curiosities,” by Fo Wilson, was closed up when we went by, probably because as birders we arrived earlier than most people do. But, if you come during regular hours make sure you ask how to find this remarkable work of art out in the back woods. It’s worth the effort. 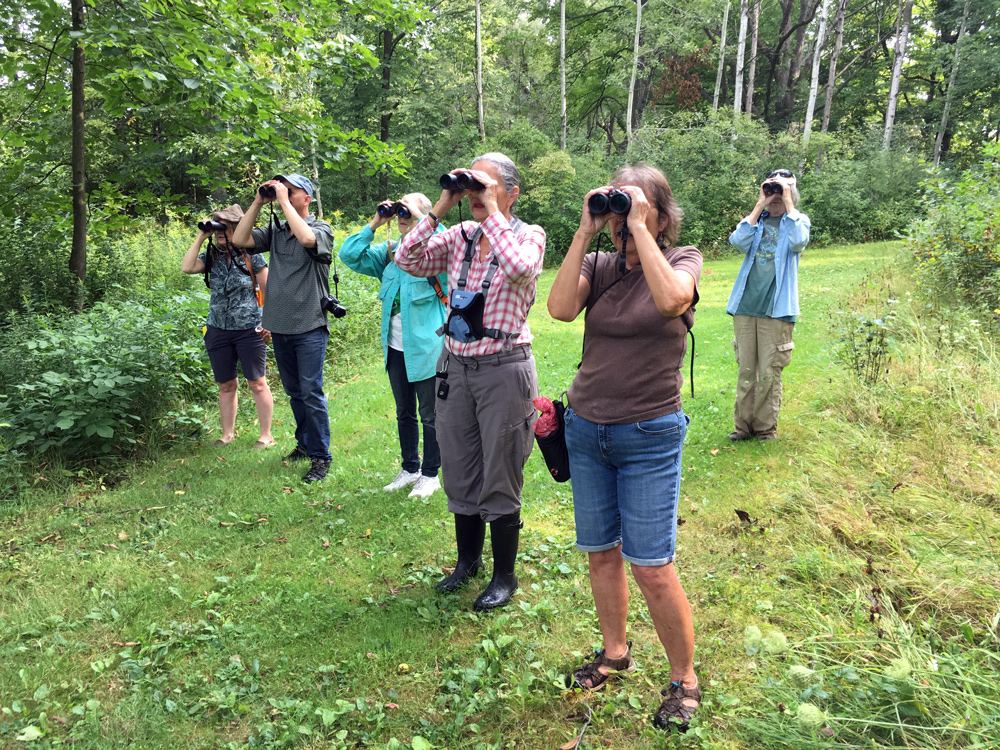 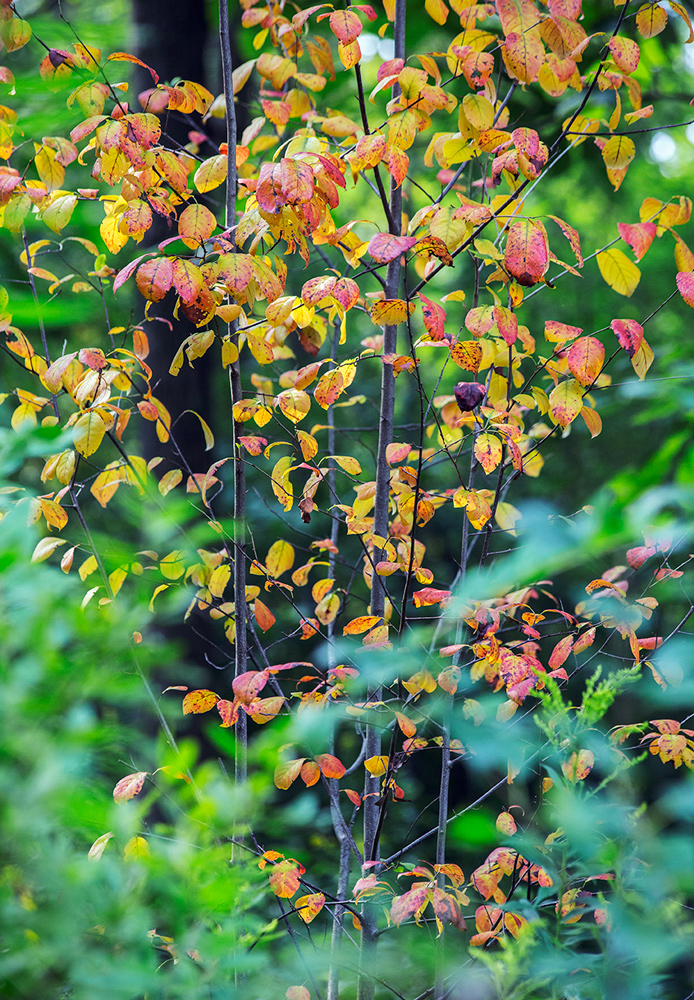 This was where I, for one, saw the first hint of autumn. 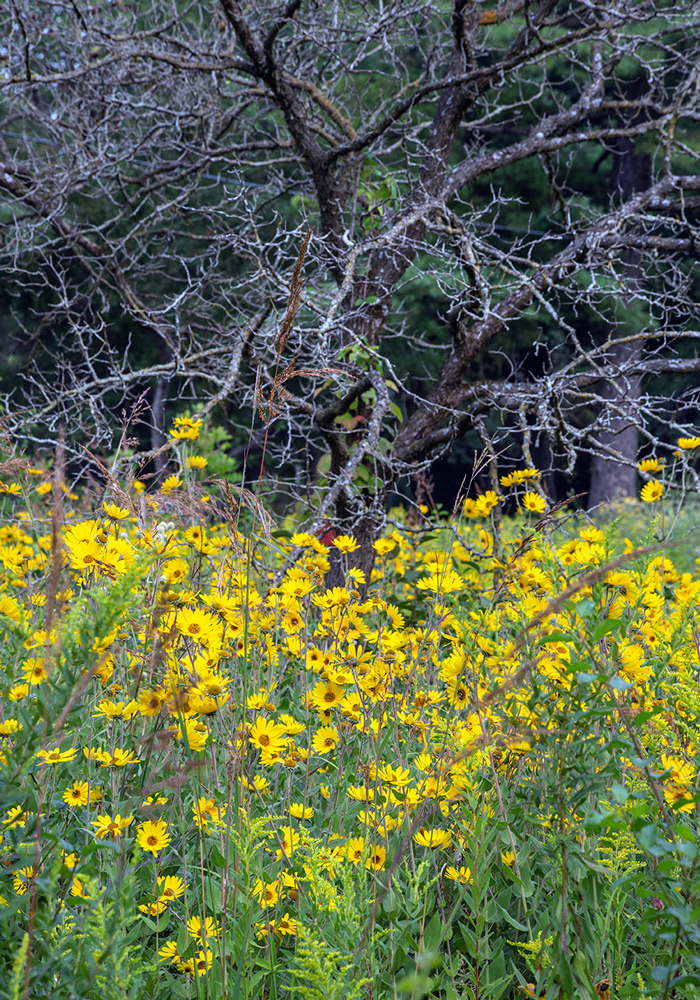 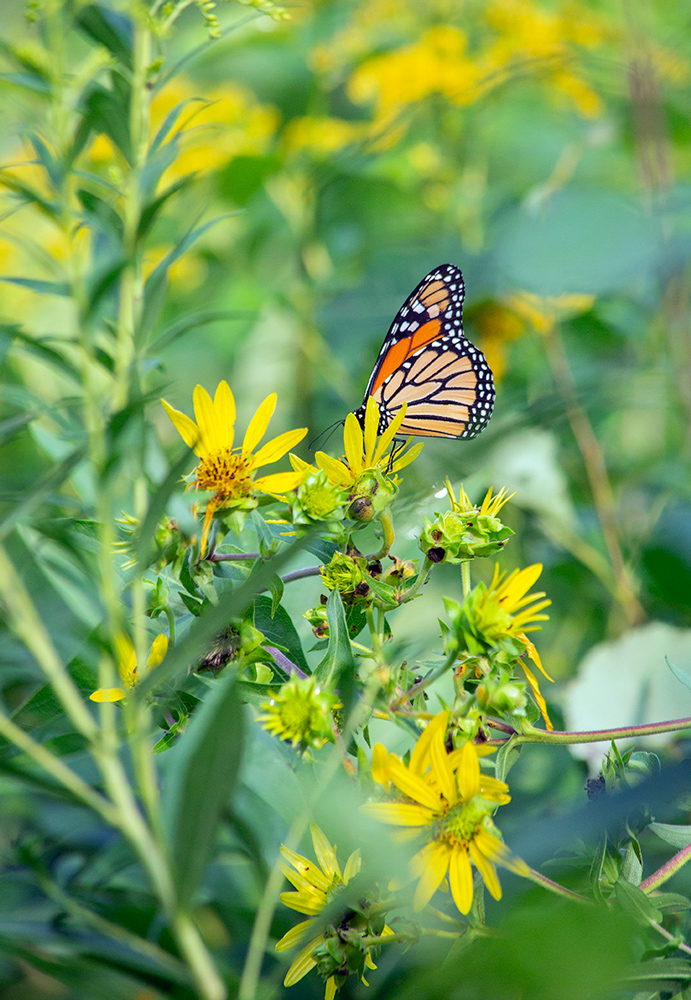 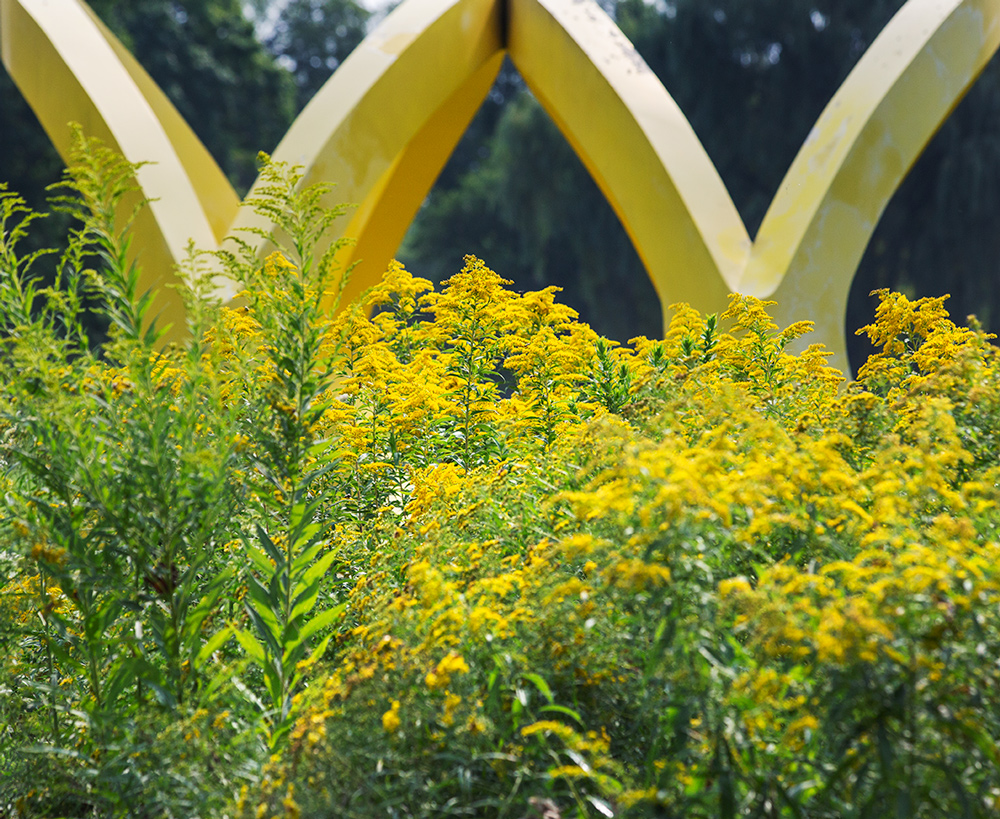 “Trio” by George Sugarman is the backdrop for this magnificent patch of Canada goldenrod. 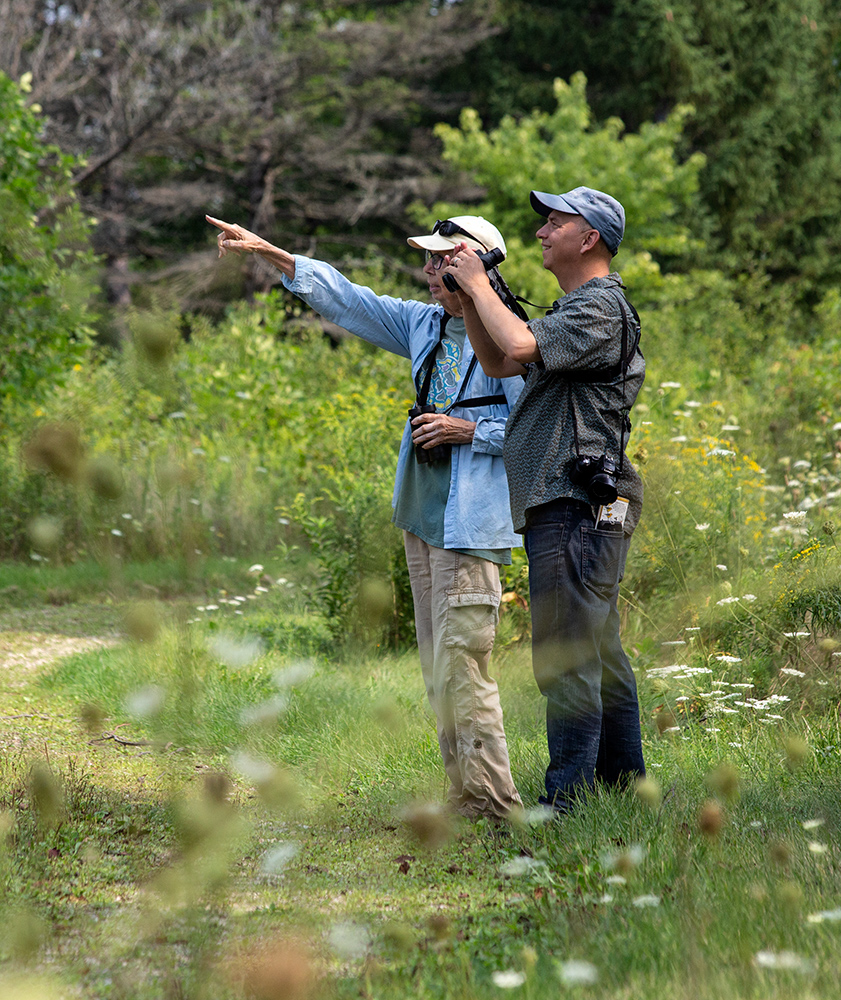 Tour guide, Chuck Stebelton (right), and one of the birders. 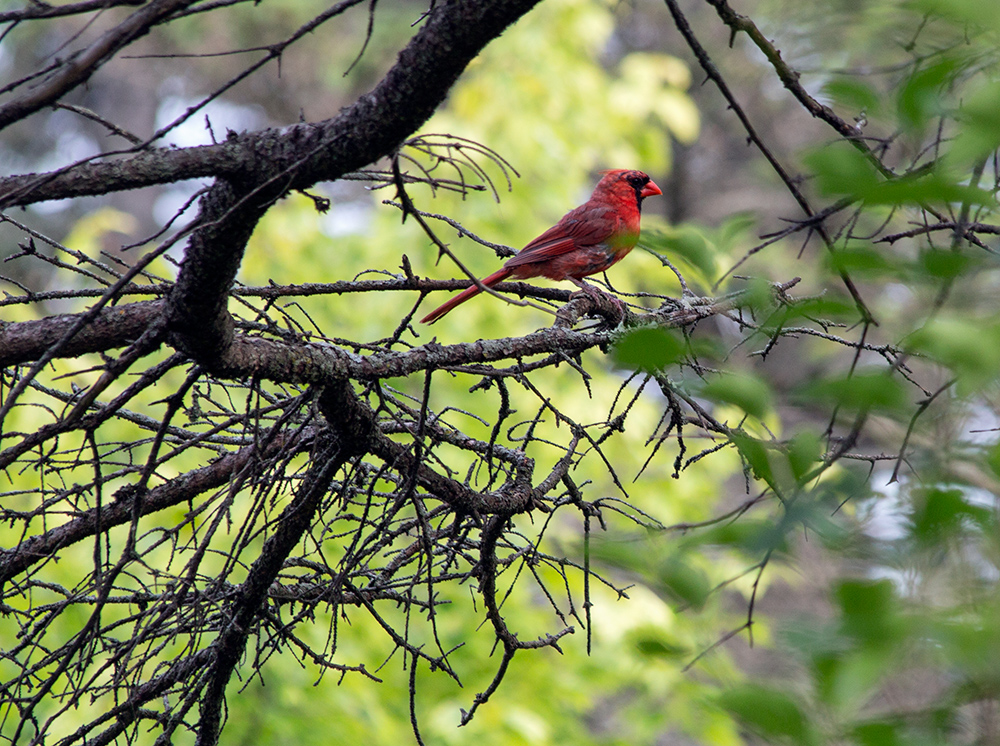 Finally, at the very end of our walk, when I had pretty much given up on getting a bird photo, this cardinal posed for me.

You too can join in the birding fun. Chuck will be leading another guided birding tour at the Garden on September 30. 8:30 a.m. See Lynden Sculpture Garden.

Full disclosure: Eddee Daniel served as Artist in Resdence at the Lynden Sculpture Garden in 2015. A board member of Preserve Our Parks, he also is project director for A Wealth of Nature.

You can see more of Daniel’s photos of the Lynden Sculpture Garden on his website.