It is mid-December and the bluffs along the South Shore parks of Milwaukee County are quiet except for the lapping of waves from Lake Michigan. I have come to a beach to view the end of an annual cycle by which bank swallows use these bluffs to nest, raise their young and then depart. 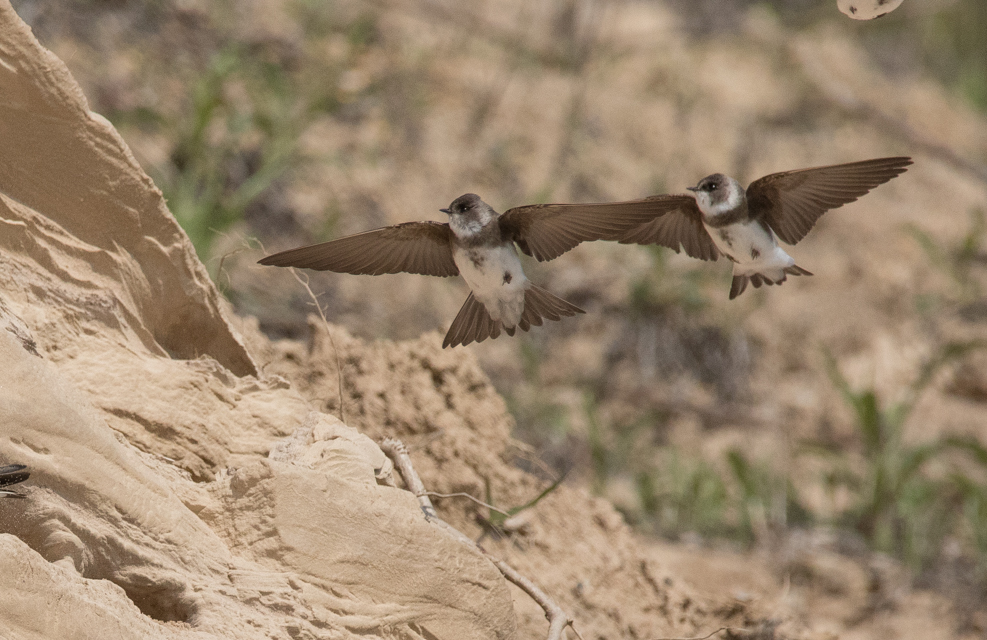 I first noticed bank swallows when hiking along the bluffs several years ago. Standing at the top of a bluff it was possible to see swallows flying in and out of nesting holes they had made. Although bank swallows live on five continents, I was surprised to learn that there were few photos of bank swallow colonies or their amazing flight patterns. Over the last four years I have worked to photograph the life history and beauty of these birds. 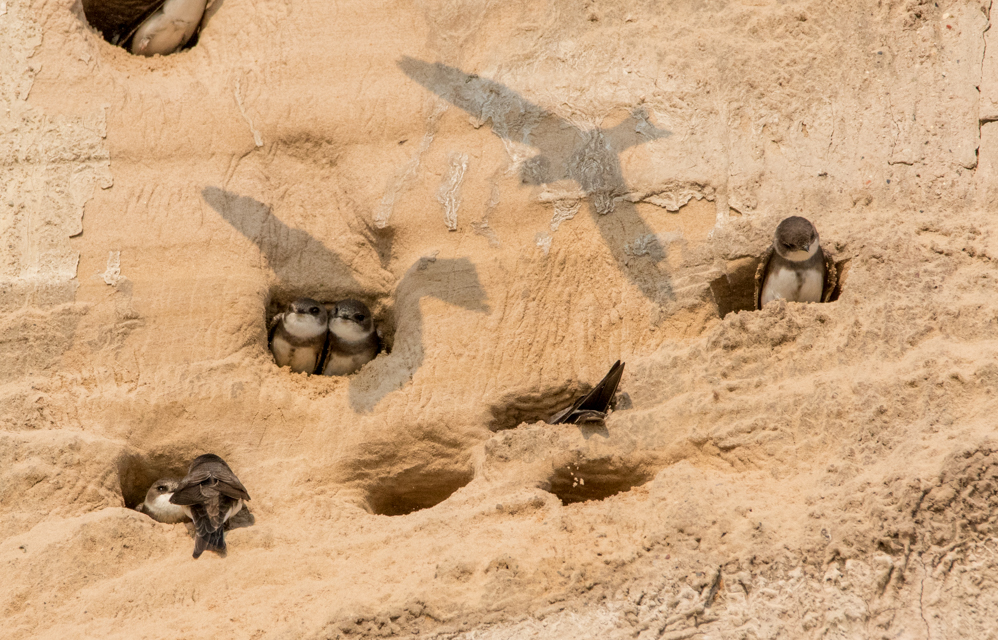 The first swallows arrive in mid to late April after which the swallow colonies grow to a larger size which peaks in June, although the dates vary each year. Swallows dig tunnels of 2 to 4 feet in length into the bluff for their nests. After an incubation period of 2 weeks, young are hatched and then stay in the nest for 18-22 days before fledging and flying off. At the peak of the season, there are many nest holes in the bluffs with many young swallows waiting at the edge of the holes to be fed by their parents. The parents often seem to fly in waves as they catch flying insects to feed their young.  Although their voices are not melodic, the mass twittering of hundreds of bank swallows flying overhead is quite impressive. 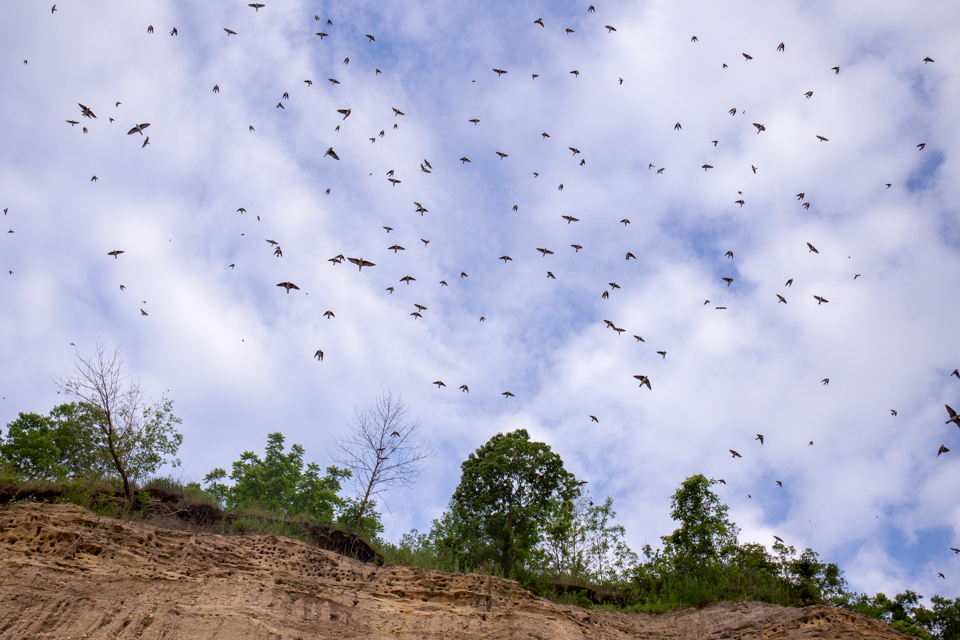 At the end of the breeding season starting in July, the swallows begin to head south where they winter in Central and South America. By mid-August all that is left on the face of the bluffs are the holes of the nests. Like a Tibetan Buddhist mandala made of sand, the nests disappear. The bluffs are always changing as they are affected by the power of water, wind and the annual freeze and thaw cycle. 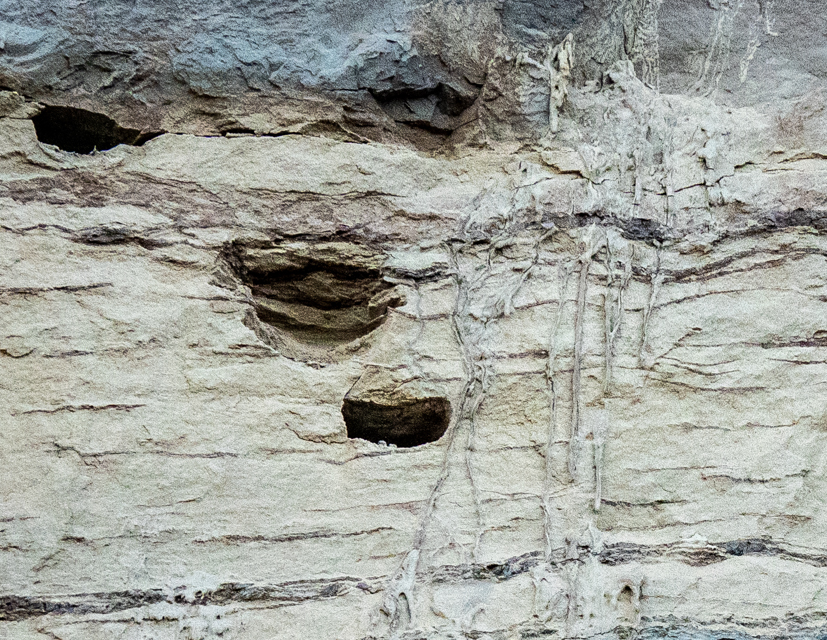 Standing on a beach, I look up to see the last vestiges of nest holes disappearing as sand reclaims them. Then I wait for Spring to come and the swallows to return to the bluffs of Lake Michigan. 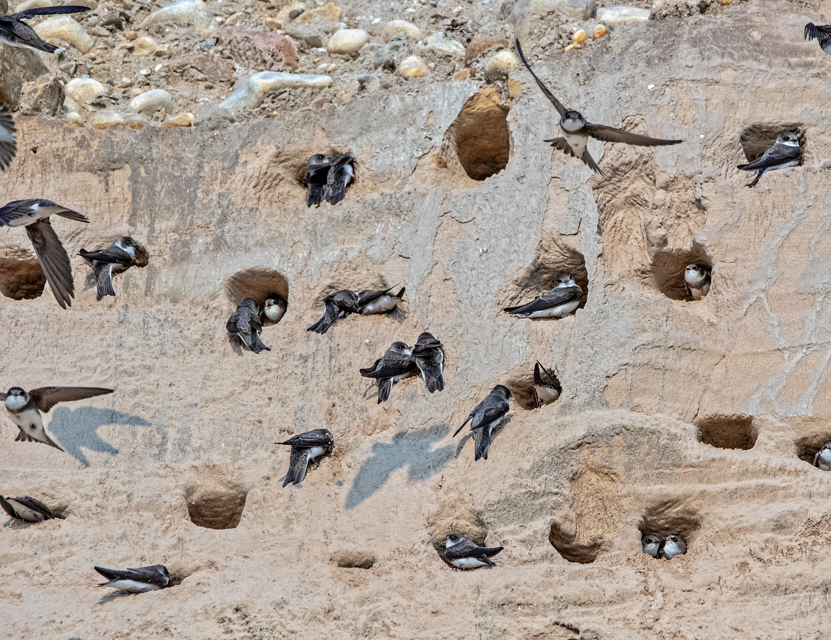 A note on bird nesting areas:

Bank swallow nests on the bluffs of Lake Michigan are a wonder to view but please be sensitive to their fragility and avoid disturbance. Swallows have been known to abandon sites if they are disturbed, so do not get close to any nest holes you may encounter. Climbing the bluffs will not only disturb the fragile habitat, but also contribute to erosion. Thank you. 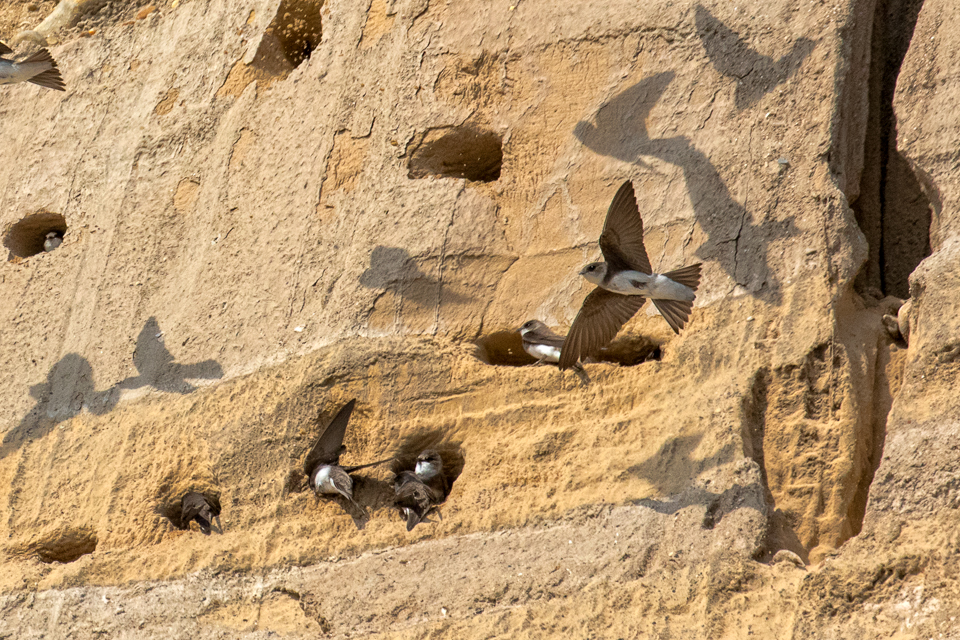 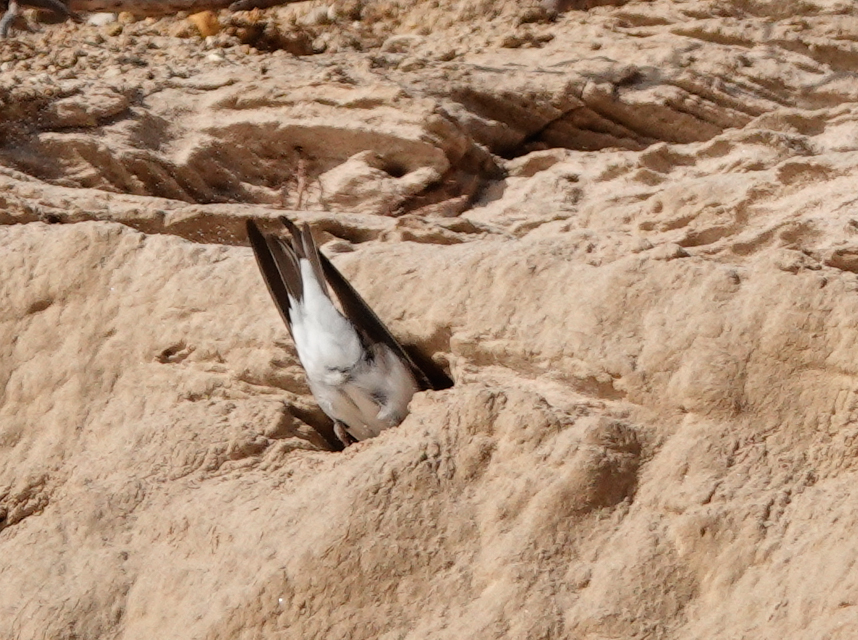 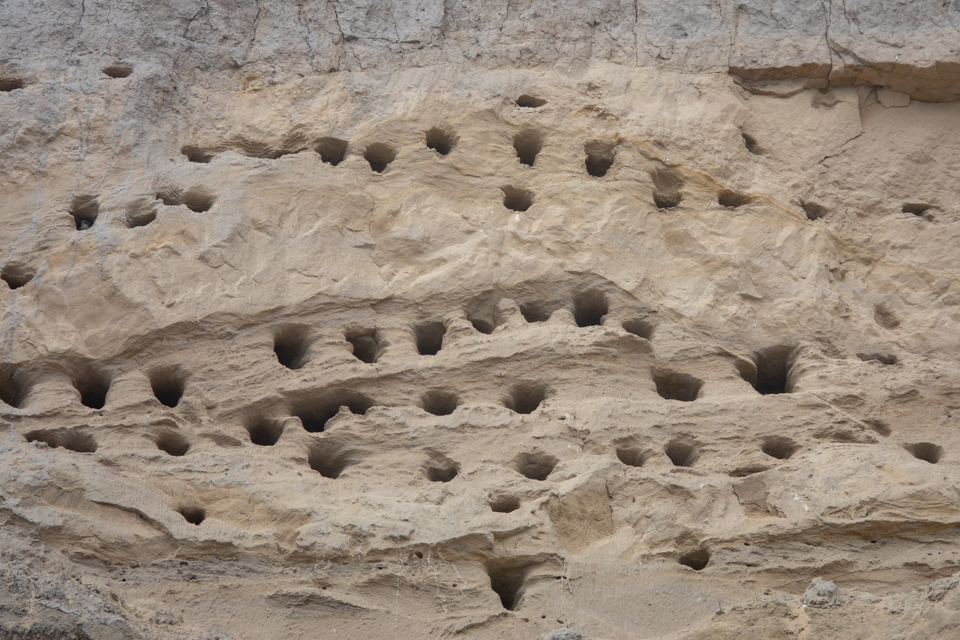 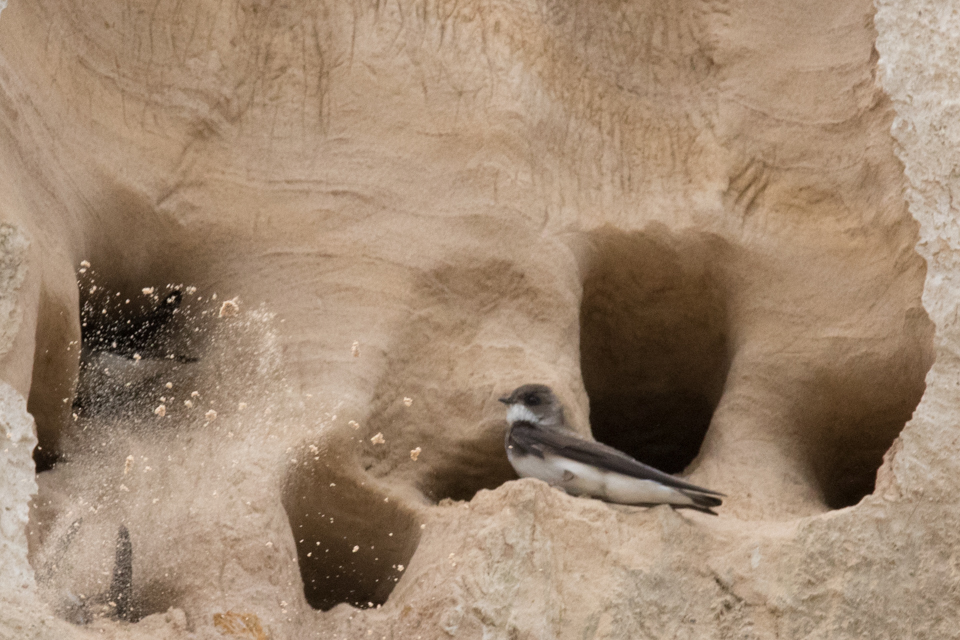 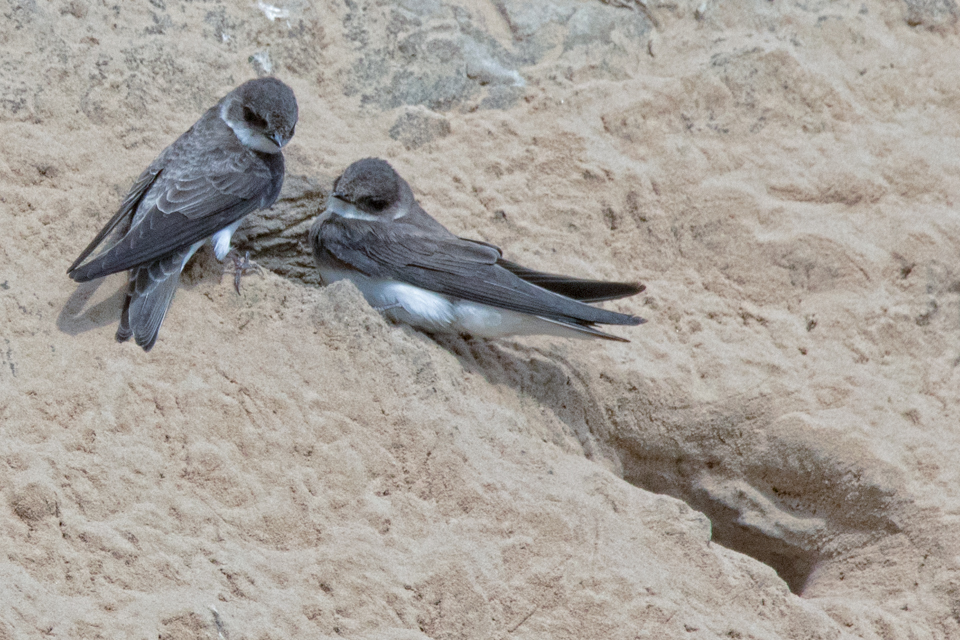 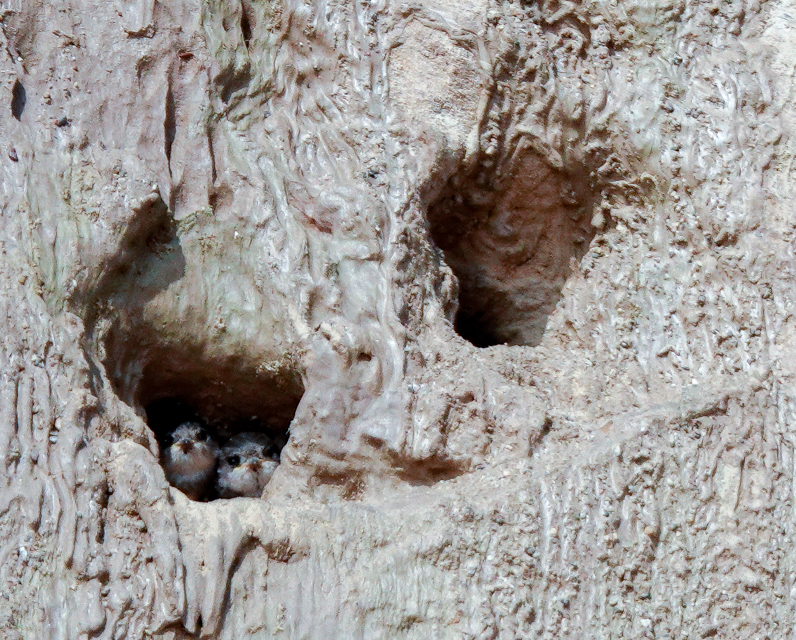 Andy Holman is a semi-retired CPA who works with nonprofits while also enjoying biodiversity wherever he can find it. He has traveled to all seven continents in that quest but has always been rooted in Milwaukee. His photos have been exhibited at the Milwaukee Public Library, Betty Brinn Children’s Museum and the Racine Art Museum.  Website: www.biodiversityphoto.com