The other day I was delighted to be able to watch as parts of Washington Park went up in flames. No, I’m not a pyromaniac and the fires were carefully controlled by professionals. Although the benefits of using fire as a management tool have become relatively common knowledge it is still unusual to get the chance to see it in action—especially in an urban setting! 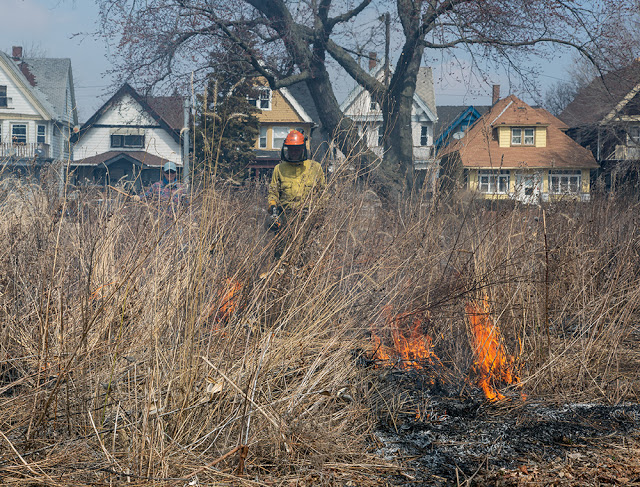 Fire was once a natural and common feature of many ecosystems native to the U.S., including woodlands, prairies and even wetlands. Many native plant communities adapted to fire. Some species even require burning to propagate. Prior to European settlement, the indigenous peoples used fire as a management tool in many parts of North America, including Wisconsin. 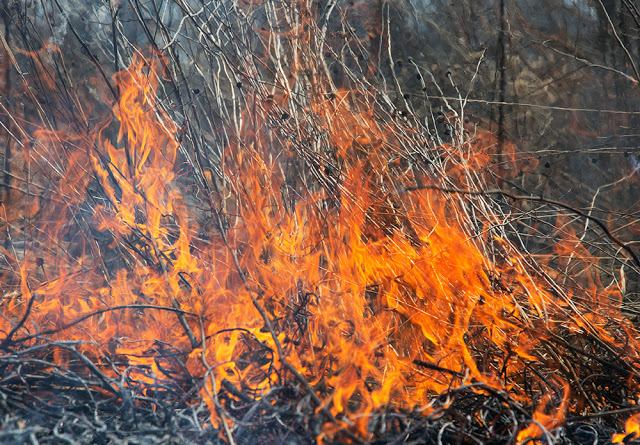 After over a century of fire suppression policies—think Smokey the Bear—we have come full circle. Once again, fire is being used for ecosystem management. The benefits of controlled or prescribed burning include reducing weeds and invasive species, removing the duff layer of last season’s leaves and other organic matter, returning nutrients to the soil, and invigorating fire adapted native species. 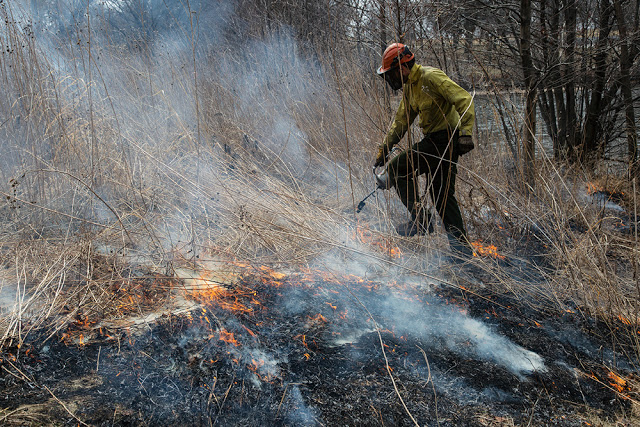 The burning of Washington Park was done by Dare Ecosystem Management under the supervision of the Urban Ecology Center, which has one of its three branches there. Five separate patches of prairie were burned. The ability of the crew to control the burn was quite impressive, especially considering conditions that involved gusty winds that shifted direction. 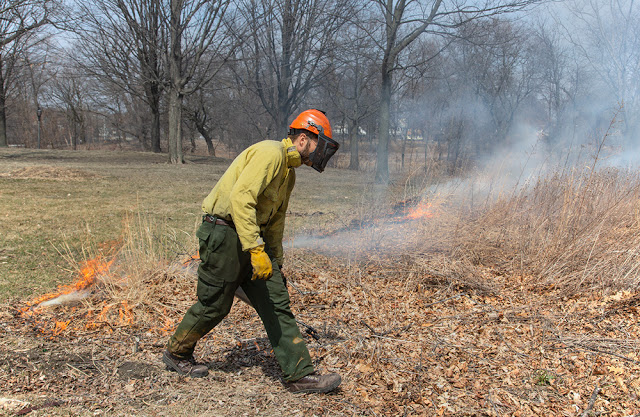 Jason Dare of Dare Ecosystem Management uses a drip torch to ignite the perimeter of a patch of prairie. The drip torch, an essential tool for a prescribed burn, literally drips fuel (usually a mixture of gasoline and diesel). 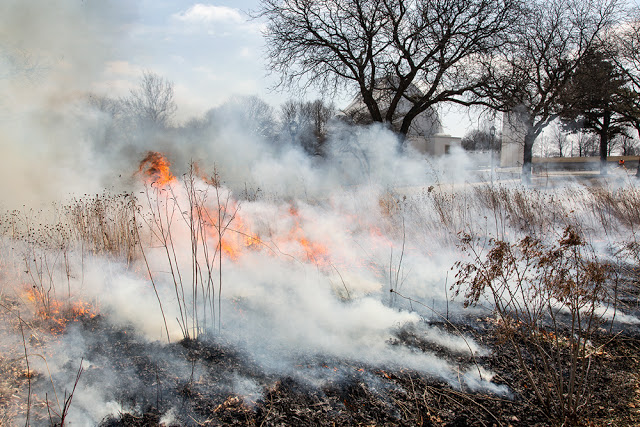 The Washington Park Bandshell, never in danger, provides a backdrop for one of the prescribed burn sites. 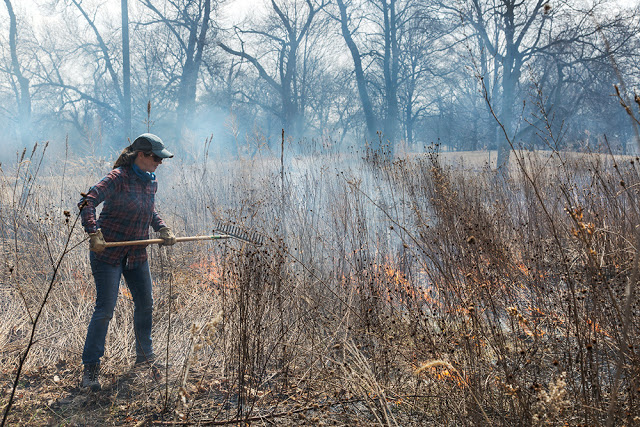 Kim Forbeck, Manager of Land Stewardship at the Urban Ecology Center helping to control the blaze with a rake. 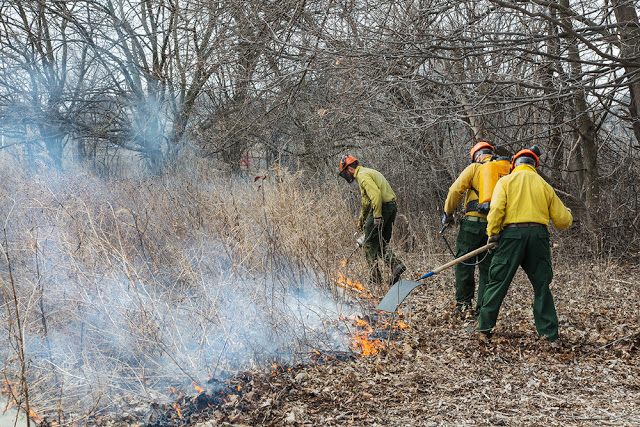 The actions of the crew, igniting and tending to the fires, brought to mind the “firemen” in Ray Bradbury’s novel, Fahrenheit 451. In contrast to that dystopian tale, however, these actions are totally benign. 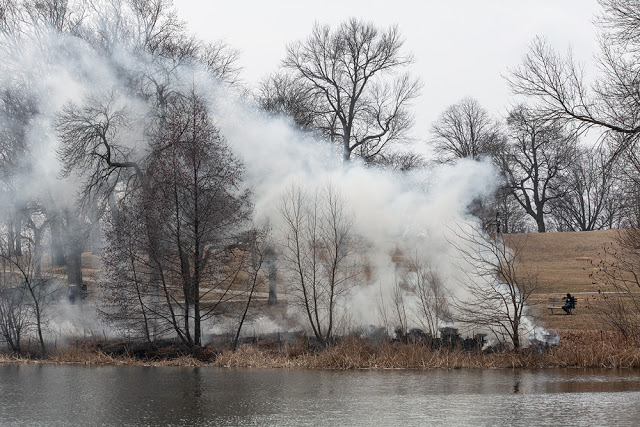 One of the burn sites was a narrow strip of prairie grass along the edge of the lagoon. A bystander watches from a park bench. 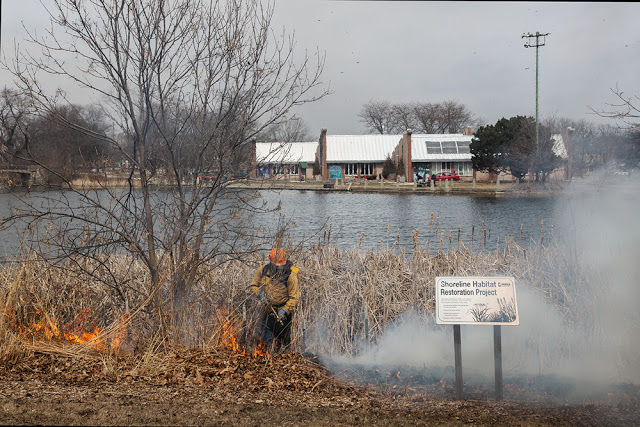 The burn contributes to the Milwaukee County Parks Department’s Shoreline Habitat Restoration Project, which is intended to establish a riparian buffer zone between the land and the water. The native plants in the buffer zone help prevent erosion, provide food and shelter for wildlife, and protect water quality in the lagoon by capturing runoff. The Urban Ecology Center can be seen in the background. 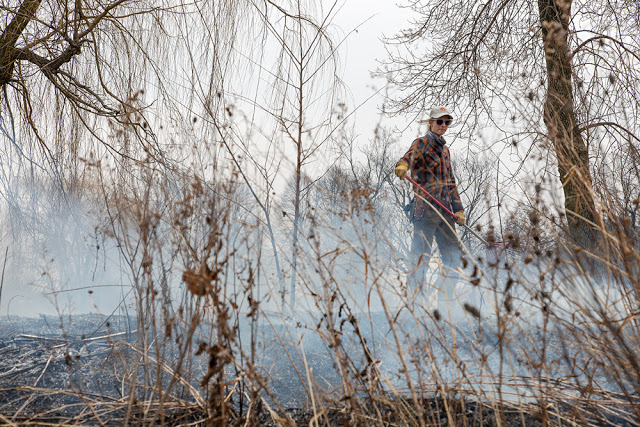 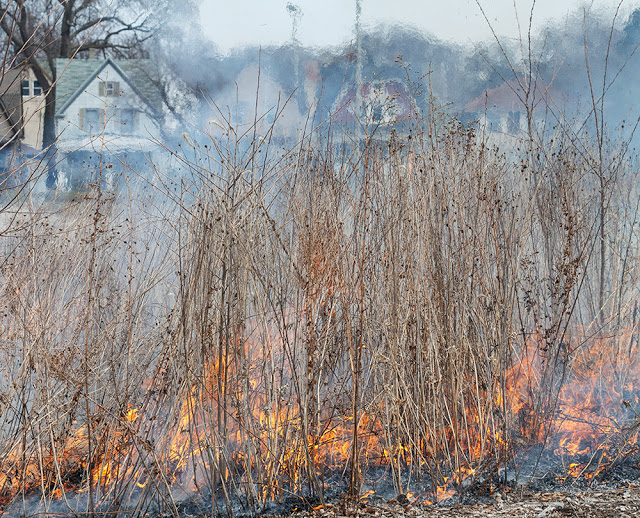 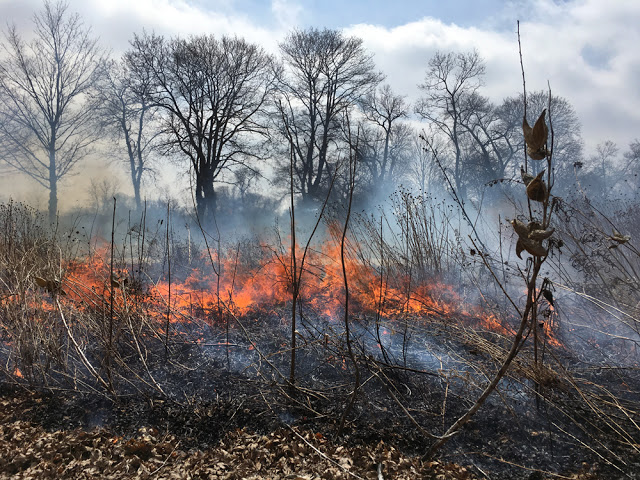 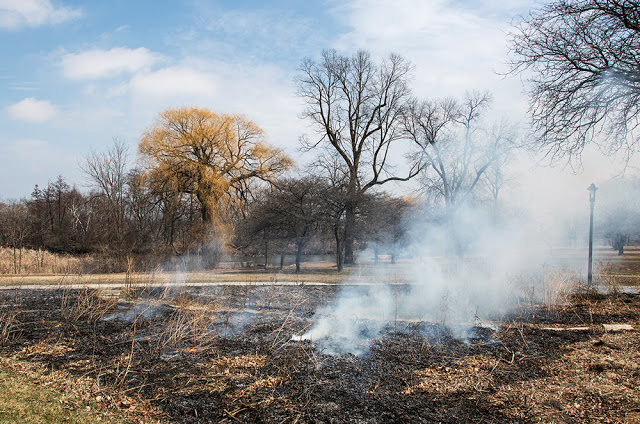